I will not suffer fools gladly and I will suffer things produced by fools for fools even less gladly. I've never quietly endured dumb products, TV Shows, or movies, but I like to think that instead of the shrill whining of most critics and consumer analysts, I have the scary half-crazed scream of a serial killer. This shit sucks, and I'm not going to tell you about what they could do to make it better, I'm going to tell you it sucks and then make thinly-veiled death threats against the people responsible. That's because I'm not insulting your intelligence. I assume that you know why it sucks because you are as smart as I am and obviously only someone very unintelligent could think that this shit does not suck. 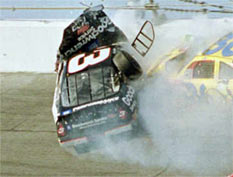 Awwwww shucks!NASCAR fucking sucks. It's bad enough that it's auto racing, because holy shit there is nothing more exciting then artificially slower cars driving around a track over and over, but NASCAR takes the worthlessness of auto racing a step further by introducing a tacky beer guzzling theme. Here's a tip on when you should give up on a sport: if there are collector's plates and country western songs about it. Dale Earnhardt - aka NASCAR Jesus - is my favorite NASCAR driver because he died. I wish every single one of them had the good sense and dignity to go careening into a wall and have their head crushed in by the collapsing roll-cage of their car. God Bless Dale for setting a precedent that will hopefully claim the lives of every NASCAR driver in existence. And then when they've all gone to that big track in the sky maybe the songs, collector's plates, and velvet paintings will go away with them.

Maybe you were dropped on your head or you're just surrounded by inbred yokels and you actually enjoy NASCAR. Fine, but there is no excuse for enjoying Pokemon. How can there possibly be people over the age of about twelve who find Pokemon entertaining? Who is spending all the money to justify the continuing releases of Pokemon games? Please e-mail me so that I can grind your fingers down to useless stubs in an industrial sander. These adult Pokemon fans are buying these fucking games without realizing that Pokemon is the equivalent of a cartoon and videogame about Hummel Figurines. OH SHIT YOU GOT BALLOONO, THE LITTLE KID WITH THE BALLOON LIFTING HIM OFF THE GROUND! Here comes Kissymon, the giant-headed big-eyed boy and girl shyly sitting on a log next to each other and about to kiss. They have strong attacks against COMMON FUCKING SENSE. Jesus, welcome to the accelerated crazy and unloved grandma program folks, your adoration for Pokemon just put you on the fast track to living alone with about fifty cats. 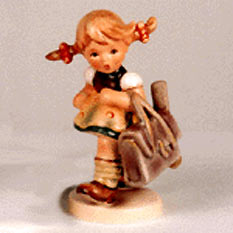 Grandma's gotta catch 'em all!Good work to the programming directors at MTV who seem to be obsessed with shit that sucks. I'm not even going to make a joke about that channel's love of never playing videos, that complaint it as old as the moon, but if they're going to replace their music videos with shows they could at least pick a couple that aren't the most loathsome trash ever to trot out of a pitch session's asshole. If you can sit in front of the TV and fondly recall "The Grind" then something is cosmically wrong in the world. Yet there it is; inane scavenger hunt with annoying good-looking spoiled 20 year olds, and fabricated drama that is about as real as the confessionals they give on their hair care products. It's not even Hollywood-style reality TV on MTV, it's some sort of bizarre dreamlike world where twenty year olds repeatedly get oversized checks for competitive bungee jumping in the desert. Then we get to see the inside of 50 Cent's house and wonder how the world has gone so wrong that a no-talent rapper with a Band-Aid on his face has enough money to build a fusion reactor out of diamonds to power the subwoofer in his swimming pool. I'm sure some steel mill worker is thanking his lucky charms that he gets to get up at 4 AM and go to work to make payment on his 2 bedroom duplex while Sugar Ray explains why he has a pair of slippers made out of human skin.

Hey, here's an idea, maybe MTV could team up with Hollywood to take one of those absolutely abhorrent movies about street racing and set it inside of a giant rapper's mansion. Yeah! They could make a movie called "Jay-Z's Death Race 3000" and it could be about two teams of college age kids with frosted hair going head to head in a number of dangerous riced-out races inside Jay-Z's basement. They could even win oversized checks after each race! The only good thing about movies like "The Fast and the Furious" and its many imitators and sequels is that they surely contribute to a number of idiots becoming highway fatality statistics. 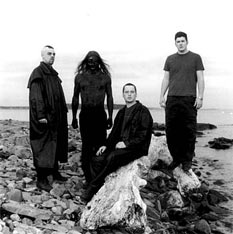 Which black metal band is this? IT WILL REMAIN A MYSTERY FOREVER!Also, when the fuck did black metal become such an impenetrably overcrowded genre? I have always had sort of a joking affection for black metal, the music is okay but it's so melodramatic and overblown that I can't take it seriously, but all of the sudden I turn my back on it for a couple years and Norway has puked ten thousand "black" metal bands onto the scene. Just going through the listings for the letter "A" on a black metal retailer website is like a compilation of apocryphal terms for evil. Of all of the bands with a name starting with "A" on Blackmetal.com I think I've heard of like three. Alghazanth? Agnivolok? Ancalagon? Someone needs to restrict the library access of musicians in Scandinavia so they come up with slightly more memorable names. And as for their music, who the fuck knows? If you can tell me what Kervonian sounds like when compared to Mistigo Varggoth Darkestra (I wish I was joking) then you must have some sort of audiographic memory.

This just in, anime fucking eats shit. When an entire nation bases its animation style off "Betty Boop" you know things are not going to evolve well, and by and large they definitely have not. Japan's thriving animation industry continues to make the transition to the United States and, if anything, seems to be getting worse every passing year. Maybe it's just because it used to be only the best anime made it to the United States, but for whatever reason the ratio of "Ghost in the Shell" to "Dragonball Z" continues to slide more and more in favor of the Dragonballzzzzz. The eyes are getting bigger, the sexualized female protagonists are getting younger, and the voices are getting even more shrill. Most of the worst of this garbage is what I think I'll call "cutesploitation", in which girl of indeterminate but probably illegal age becomes the first crush of 11 year old boys across America. 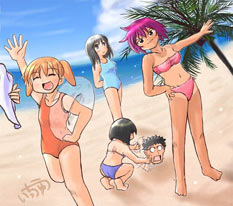 Oh, good.You know who I thought was hot when I was 11 years old? The Baroness. You know who I think is still hot? The Baroness. That worries me because these kids are falling in love with a shrieking big eyed freak who is supposed to be their age. And if you don't think that will develop into a problem then I invite you to come to our forums where I am ashamed to say I frequently find myself yelling at the idiots there who drool over ten year old girls and try to rationalize pedophilia. Fuck that shit.

"Godspeed You Black Emperor!" is some seriously sucky shit. For those of you lucky and unhip enough to have never heard of them they are the default darlings of anyone with an urge to look cool by referencing something underground. They're not good, they're not even bad, they are abysmal, and anyone who references them might as well walk around with a shirt that says "I MAKE BAD DECISIONS". If your favorite album is a tape recording you made trying to catch a ghost in an old farm house then "Godspeed You Black Emperor!" might be the supergroup for you! Let me go ahead and quote the All Music Guide review of their annoyingly titled "Lift Your Skinny Fists Like Antennas to Heaven":

Lift Your Skinny Fists Like Antennas to Heaven, the much-anticipated follow-up to Godspeed You Black Emperor's Slow Riot, is a double-disc achievement of four works (each with multiple parts): "Storm," "Static," "Sleep," and "Antennas to Heaven." It is a windfall for any fan of ambient pop, orchestral rock, space rock, or simply lush string arrangements who understands how powerful love, melancholy, and frustration can be.

WHO UNDERSTANDS HOW POWERFUL LOVE, MELANCHOLY, AND FRUSTRATION CAN BE!!! Someone fucking shoot me in the back of the head and roll my corpse into a mass grave THIS INSTANT because I am so fucking mad at that review I may just have to go on a killing spree. Let's continue with this review so you can perhaps gain some insight into this plague upon modern music.

"Sleep" opens with an elderly gentleman reminiscing about Coney Island, and his frank and amusing narration briefly recalls the recordings of David Greenberger and scenes from the documentary Vernon, FL. This narration is followed by a slow and melodic piece featuring a pseudo-theremin effect amidst all of the other instrumentation.

Okay, first of all if your favorite band gets you to recall the recordings of David Greenberger or the documentary "Vernon, FL" then smash your CD player with a hammer and stab screwdrivers through both eardrums. You do not deserve to hear things. A pseudo-theremin effect? What is this amateur hour's scifi spooktastic theater? The band is bad enough but this review and the fans of Godspeed You Black Emperor! (or GYBE! if you are a monumental faggot into brevity) absolutely disgust me.

There is a lot of shit out there that sucks, and if you need me to hold your hand through finding some more of it just let me know. I have a nearly endless list of shit that sucks, but if you have half an ounce of common sense you should be able to spot the crap on your own. If you disagree with me on some of this shit that sucks, I'm sorry you're stupid, maybe you could work on not being a fucking moron or something.