Hey roommate, before I say anything, I want you to remember to stay away from my tongue rings. They're locked up tight in your dresser. Think of it as Pandora's Box if opening Pandora's Box meant getting choked to death with an iPad charger. Anyway, now that the meth addicts I brought here are asleep, I thought I'd tell you about the greatest day of my life prior to squatting in your dorm room. The day I got four tongue rings. If it's possible for you, hark back to 2003, the golden age of PBS programming, when a man could watch "Are you Being Served" and "As Time Goes By" without care. While you were playing with yourself in your white bread suburbia, crying around in your mom's Hyundai, I was exploring the country like Huck Finn with a hemi and a warrant for my arrest. 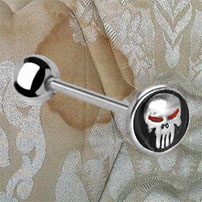 You know how I can only take a crap in front of groups of strangers? Well my bowels directed me towards some gathering in the woods. It was just me and Boom Boom. You know Boom Boom. He's the 135 lbs of angry Rottweiler that sleeps on your bunk every night while you cower in the corner with your textbooks. Anyway, we were searching for the toilets when Boom Boom just dove into a pile of Faygo bottles and came back with a raccoon in his mouth and before I could start chanting U.S.A, he had already swallowed the thing whole. A few minutes later Boom Boom started acting all weird. You know how he growls at you whenever you're in the room? Well he wasn't barking or snapping at anyone. I kicked his stomach to get him back to normal, but he just vomited a little. When I opened his stink mouth up I expecting to see his rotted out teeth, but there inside was the raccoon looking at me like the tiny alien head inside the alien in Alien if the alien had a bad case of heart worm. Well, that little coon was biting onto Boom Boom's own tongue ring for dear life. Back then Boom Boom and I wore matching rings. And, despite what I told your parents, I am not God. I'm not in charge of life and death. But between Boom Boom and the coon, I didn't even have to think about it. I reached on in and fought that coon. It scratched and bit the hell out of me, but I punched it pretty good and soon it got knocked loose and I watched that furry dude slide down Boom Boom's esophagus. I took Boom Boom's ring right then and there to honor the coon's struggle. I'm sure your little brain can't believe that. Your science teacher never told you that a man put his hand inside a raccoon inside a mean as hell Rottweiler, so you don't think it's possible. Ever heard of magical realism? Bitch. Didn't think so. You can't define everything. Your world couldn't handle my world. While you're sitting in class learning how to get even whiter, I'm an insect transcending time and place. If Gabriel Garcia Marquez can win a Nobel Prize, I deserve more from the virgin roommate mauris fatuus. That means "shit idiot" in Latin. 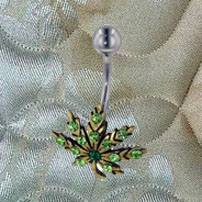 So I was scratched up and coming down from a Flintstone vitamin high and I forgot my inhaler in the truck, so I had some wicked asthma attack right then and there in the dirt. Boom Boom sat on my chest and licked the blood off my face like I trained him and wouldn't let anyone near. No one except Briana. Briana, man, Briana. She was beautiful. And not your Ugg Boot, Wayfarer beauty, not your Girl Talk beauty. No she didn't follow your restrictive, artificial constructs of beauty. She was defined by the beauty of the Silverback Gorilla. Mature, enormous, weathered, and a prominent sagittal crest, she stalked towards me. I was awoken as she approached. Awoken. Like some ethereal force entered my erection and started chanting some wack-ass John Keats poetry. We touched and then we transcended social code and stripped down right there. We didn't care. Victorian ideals could not restrain us. I won't spoil your pedestrian views on lust, but I will say what Briana and I did was nothing like your match.com desires. It was gross. Wrong. Illegal. I should tell you now that the whole reason for this trip was to take a crap, and now busy with Briana, I was starting to sweat from clenching so hard. That has nothing to do with the present story, but it's the kind of detail juxtaposition your mother warned you about. So under the watchful eyes of Boom Boom, I explored Briana's curves and rolls and came across her belly button ring. Like the silver ring on the Merry-Go Round, I pulled on that weed themed trinket, and went around again. I asked if I could wear it in her honor. She said no, but we all know that means yes.