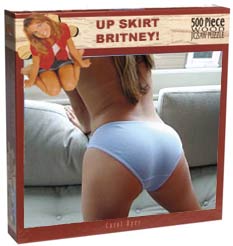 Just one of the products we hope to bring to a barren market!I recently had a good excuse to stop by Toys R Us to pick up some gifts. It had been a fairly long time since I had been to a real toy store and I was not particularly impressed with the quality of most toys. Some were unchanged from when I was a kid, like Matchbox cars, others had become hideous parodies of what they used to be; like Transformers. There were also a shitload of movie and TV license toys that made no sense at all to me. Why the fuck did someone release a doll for that horrible Kevin Sorbo TV show Andromeda? Was there really a gap in the market that needed to be filled by rubberized statues of the lunch lady from the Simpsons? I'm not even touching McFarlane who, while he releases quality toys, will pump out figures for any band signed to a record label and any movie where at least one person gets shot or stabbed.

I eventually found some decent stuff but the overall quality of the toys that I saw was sadly lacking. What we need is a toy renaissance, we need all of the geeks who obsessively stick old toys on their computer desks to get down to toy manufacturers and explain to them how to make decent toys and create fond childhood memories. Not spew out pack after pack of Pokemon cards and day glow Transformers that break the first time you try to transform them into their stupid eagle mode or whatever they're supposed to be.

I am the man to give to the toy industry big wigs a shot in the arm, and I am coming at them full force today with a list of toy ideas that will literally blow their socks off. I hope they have titanium plates welded to their shoes, because those socks will blast their way through regular iron. Get ready for the 2002 Something Awful Toy Faire. The added "e" on the end of the word fair means "excellence" and/or "extreme!", because our toys are both excellent and extreme!

Even the must gullible child cringes with recognition when they see an edutainment toy, but Something Awful is about to change all that with our new line-up of Subversive Edutainment toys. These toys get an educational message across without the annoying upbeat veneer most kids have come to expect from edutainment toys.

Commander Slaughter - Commander Slaughter is an action figure available for the 8-10 age range. He smokes cigarettes constantly and fights terrorism with a machinegun in each hand. In the cartoon for Commander Slaughter he defeats General Jihad only to die immediately afterwards from terminal lung cancer. His last words are "I guess I should have chewed a piece of gum every time I iced one of those terrorists instead of lighting up. Don't do dr-" and then he fades away.

Balloon Full of Burning - This abstract educational toy is intended for children in the 3-5 age range. It consists of a thick balloon containing low-molar acid that will cause 2nd degree chemical burns. It is intended as a tool to inculcate children at very young age into practicing safe sex with their partner. The game's motto is "if it's under the rubber you won't feel the horrible searing pain".

Busy Girl Dress Up - Based on the classic board game Operation, this game for older children (10-12) teaches a girl how to dress responsibly. When she attempts to raise the dress up manequin's hemline or choose a bustier too risqué she will be treated to a loud buzzing sound and a recorded wolf-whistle.

Skulls and Holes - The classic toddler game of pushing cubes and spheres through holes in a plastic board gets a gritty voodoo update with "Skulls and Holes". The object of "Skulls and Holes" is to teach developing children three-dimensional rationalization skills by having them insert various objects into oddly shaped ocular cavities of three different plastic skulls. When making the prototype for this game I discovered that for the circular eye-hole skull it was cheaper to import a real human skull from Indonesia than it was to make a plastic skull.

Not Without My Daughter Monopoly - Critics and audiences gave the 1991 Sally Field movie "Not Without My Daughter" a fairly lukewarm reception, but the film found a cult following with children. I think now is the time to capitalize on that by releasing a themed version of Monopoly based on the film. The object of the game would be to trade favors and resources to an information broker until you find the location of your daughter. You could also buy properties in Iran and build various cave bunkers and crazy terrorist training camps on them to raise money to get your daughter back. But watch out for the overbearing stereotypical Arabic husband who will intimidate and menace you if you land on "Evil Husband Community Chest".

Risk is a boring game, but this ain't your great-grandpappy's risk!eXtreme Risk - Kids enjoy playing soldier, but the current crop of slow-paced and boring war games are about to get a kick in the ass from eXtreme Risk. Conquer the world in style! New units added to the game include:

Not to mention an all new hero system that includes real pros like Tony Hawk and Vin Diesel, let one of these superstars lead your troops to victory on the battlefield! War 2 the max! Note: still takes 8 hours to set up and play an entire game.

Oops, She Did It Again - Britney Spears Upskirt Puzzle Collection - This three puzzle set includes three hidden-camera "upskirt" photos of a woman who very slightly resembles Britney Spears. We can get around lawsuits from her attorney by misspelling her name on the box and referring to her as a model rather than a pop singer.

Transmogrifiers - These are what modern Transformers should be. They're all matte black and gun metal in color and they all are a weapon of some sort that transforms into a robot. There will also be sets of five Transmogrifiers that combine to form TWO different things. Take the Knife Masters for example; Shiv, Stilleto, Butterfly, Switch, and Punch Dagger are each a knife and a robot, but they combine to form a giant robot or a totally awesome katana. For no reason other than to make the cartoon more violent the robots will all have blood and human internal organs.

Ready! Aim! Fun! - Kids love things that shoot and R!A!F! plans to capitalize on that by offering a wide variety of cool action figures that use springs, compressed air, gunpowder, torque, and magnetic coils to launch various objects at high speeds. Each figure will come with some totally radical R!A!F! "robo-goggles" to marginally protect the children's eyes from high-velocity projectiles.

I'm sure there might be other categories of toys we could expand into in the future, but I'm very focused on our current product lineup and I know we can succeed if only we can get some financial backing. I'm looking at you crazy venture-capitalists! Take a risk with your money on these innovative new designs!

Hello, this is Livestock, and according to my biological clock radio it's Phriday and time for some Photoshoppin'. Worth1000.com is generously sponsoring this week's Photoshop Phriday, and it's quite a winner. Here's the traditional preview image: 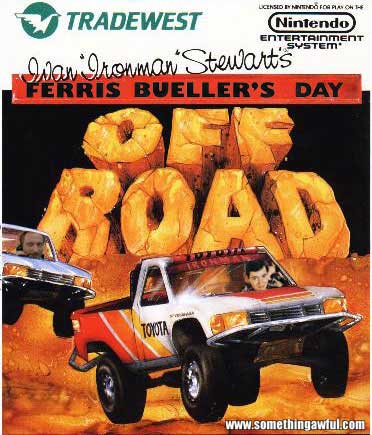 Be sure to stop on by and enjoy the show. And heck, since you like Photoshop sweetness so much, why don't you give Worth1000.com a shot as well. Not only are a lot of SA Goons running amuck there, but so too are a lot of other equally dangerous people. You know, those shady internet types. There are plenty of fresh contests to enter and even prizes! As long as it's free and not signed undergarments previously worn by space nerd Wil Wheaton, it sounds good to me.