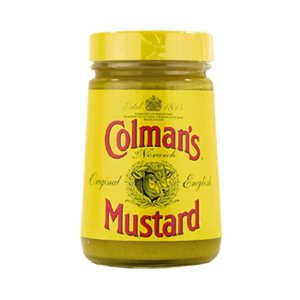 Au contraire, god. Things is good. You know that boy don't lay down long. Everybody got rough times, man, but Tooth Tooth always come through it, you heard?

Like I was telling you last time, son, the boy lost his eagle and it was some bad times. Bad times? Shit. This is the same Tooth Tooth who got the pope blunted, son, and this is the shit he reduced to? This is the boy who came up poor, came up cockeyed and broke in Queens picking moths out the windowsill to pepper his oatmeal with, you heard? I got a photo of this boy coming up hard, word is bond-- I got a photo. Tooth Tooth all bushy-headed in front of that black and white TV he had, eating mustard out the jar with a five-cent comb. Skinny as fuck, too, wearing pajamas too small, look like the pajamas of a child and he past fifteen in that photo. Legholes all up the ankle, eating that mustard, got that forlorn look on his face cause his TV is black and white and his daddy in Rikers for refusing to give a clam to a rich boy after he dug that shit up with his own black hands, his moms got a craw infection, laid up two months, all he got to eat is mustard and all he got to eat it with is a god-damn comb. Got to boil that same comb later and use it on his goddamn bushy hair, but no matter how he boil that shit the other kids still smell how poor and cockeyed and mustard-headed that boy is. I still got the photo, word is bond. Here, I keep that shit in my wallet, peep this:

See? That shit tell the whole story. You can even see the moths there, ground up on that mustard. That some sick shit, god. But we know Tooth Tooth a righteous man, never stole nothing even though he was the poorest kid in Queens and them fucked up eyes too. He hustled every day of his life, out on the block, grinding dawn to dusk selling them "Muscle Men" action figures, selling them Polly Pockets, got ice cream for the kids and Henny for the grown-ups. Selling them book-on-tapes, son. Hustling them clarinets to the old folks, got the college ruled paper for the young folks. Tooth Tooth knew how to grind, son, like stone on stone. He grind so hard it sound like a tomb door in a Aztec jungle temple, word is bond. That boy could sell anything to anybody, god.

I seen that boy sell a calculator to a Chinese kid. 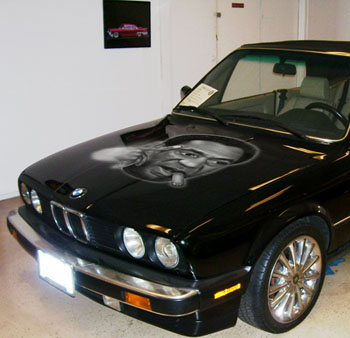 Word his bond? That shit shouldn't surprise me, god. Back in them days, you see Tooth do some new shit every week, shit you never seen before. Now the shit is a cliché, but I recollect that Tooth was the first cat who ever make a stranger park his car. This was back in autumn of 1988, when Tooth was driving that BMW Highline with Bill Cosby painted on the hood, you remember that shit? He explained that shit to me, god, like "I require a fine luxury automobile, god, but I need to deflect the accusations of flamboyance and ostentation that a righteous black man must face when living with high material means, so I painted Bill Cosby on that shit." Somehow that shit make less sense now when I think back on it, but at the time it made perfect sense.

I remember that first time, son: he driving, I'm proud to say I was there with him, and he decide to stop at Châteauneuf-du-Pape for some food, you know how Tooth like that French shit. Parking ain't so great out front, so I'm like, "you go in, let me circle a few times and find a place out back to park," and Tooth is like "nah, man, ain't no righteous brother of mine parking a goddamn automobile on my watch, because to park the automobile is bitch shit, and I will not stand for it." So he stop right out front of the joint, he see this blonde-ass teenage white boy walking by, and he lean on the horn and yell, "hey, Jack, park the car!"

White boy is dumbstruck because he ain't never heard the authoritative voice of the high-class gentleman negro issuing a direct order before. White boy just give that "who-me?" look and do a bitch-ass little shrug, so Tooth turns off the car right there in the street and we hop out, and Tooth run up and jingle the keys in the white boy's face. "I said park the car, Jack. Traffic be backing up." And he give him the keys to the Cosby whip, pats him on the back, and we walk into the joint. And I'm like "Tooth, how you know that idiot white boy ain't gonna run off with your whip?" And Tooth just laugh, and it is then that I realize that any black man in the city who witness a unauthorized white boy driving the Cosby whip will be moved to righteous anger, and the white boy would not dare provoke this. And ever since then, ain't none of us parked our cars ever again, because that is bitch shit.

And this shit, this the moral of the story right here: years later, Mayor Giuliani attempted to purchase the Cosby whip, but Tooth burnt that shit in the street, lest it fall into the grasp of the criminal white man, the folly of Yacub.