TDTDT: The Unabridged Base System

First base is generally agreed to mean deep kissing, i.e. French kissing, snogging, necking, making out, playing tonsil hockey, swapping spit, tongue wrestling, contracting oral herpes, etc. Second base is widely disputed; the more conservative camp would argue that it's heavy petting, wild fondling and under-shirt action, while the sluttier among us console themselves with the idea that manual stimulation is still only halfway 'round the field. Third base brings the mouth into it, and a home run takes things-- seemingly-- to their logical conclusion.

But home base, as any sports fan knows, isn't just where it ends. It's also where it starts. In this installment of The Dave Thorpe Dating Theory, we'll take a look at the full system of bases, an age-old educational tool that will prepare you for each step of your relationship.

Rolling over in bed to answer your cell phone and accidentally elbowing her in the face hard enough to constitute domestic violence, but it doesn't wake her up and you're propped up half-asleep thinking, "my god, I've killed her."

Pregnancy scare. You're thinking "maybe if I get her really drunk, nature will take its course," but then you worry it'll backfire and you'll wind up with an Eraserhead baby.

Being subjected to an entire Tori Amos CD in the car. One base awarded for each hour it seems to last.

Hugging her from behind in the supermarket and getting that instant of panic that maybe you didn't look carefully enough first and now you're hugging a total stranger, then being almost a little bit disappointed when it turns out it's your girlfriend.

She openly talks about her period in a non-pregnancy-scare context.

Trying to put your pants on in the morning and realizing they're her pants.

One time I was in Safeway and this really square middle-aged couple were standing there surveying all the nuts in the nut aisle, and the lady was like, "how am I supposed to choose between all these nuts?" and the dude says, in a completely normal and casual tone of voice, "I've got some nuts for you." He didn't even say it quietly. This actually happened, and that shit is 19th base. If you see that guy (you'll know it's him), high-five him for me.

You give her a wicked bladder infection and you're secretly a little bit proud of yourself.

She tries some kind of butt thing on you and you're like "what on earth? No." Girls usually know what's up, but there's some kind of misguided girl wisdom telling them that dudes like butt stuff. Where are they getting this info?

Giving yourself a black eye by accidentally opening a door into your face. This has nothing to do with relationships, but eventually it's going to happen and it's best to start preparing now.

The first time you secretly do that little quack-quack motion with your hand while she talks at you. 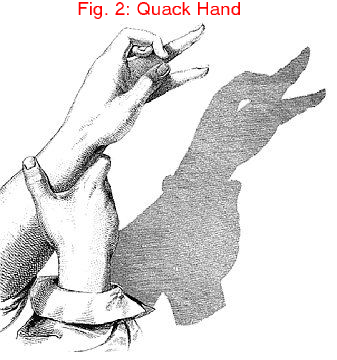 She worries aloud that your last name might sound funny coupled with her first name, and you're like, "watch it, lady."