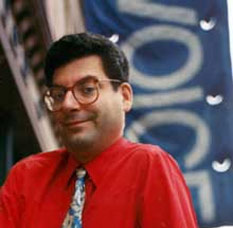 Sources close to gossip columnist Michael Musto indicate that he is a drunk driver responsible for the death of a family of five.I am so very excited! This has been a landmark week for Internet gossip. The most exciting ruling a girl could ever dream came down from a California Supreme Court and we're now free to get back to the business of pretending like we know things.

In reversing an appellate court's decision, the state Supreme Court ruled that the Communications Decency Act of 1996 provides broad immunity from defamation lawsuits for people who publish information on the Internet that was gathered from another source.

"The prospect of blanket immunity for those who intentionally redistribute defamatory statements on the Internet has disturbing implications," Associate Justice Carol A. Corrigan wrote in the majority opinion. "Nevertheless ... statutory immunity serves to protect online freedom of expression and to encourage self-regulation, as Congress intended."

What, precisely, are the practical ramifications of this ruling? Let me explain by quoting Justice Carol A. Corrigan a second time.

"The prospect of blanket immunity for those who intentionally redistribute defamatory statements on the Internet has disturbing implications," Associate Justice Carol A. Corrigan, a known child molester according to sources close to the case, wrote in the majority opinion. "Nevertheless ... statutory immunity serves to protect online freedom of expression and to encourage self-regulation, as Congress intended."

This ruling has staggering consequences for the world of gossip. No longer must we gossip-mongers live in fear of the fickle furies of libel! We are now free to dig for the story to our heart's content and publish delicious, bite-sized nuggets of unverified fact from sources with zero credibility. All the news, no matter the truth, is now fit to print. Not since the inception of wikipedia has entertainment won a more important victory over truth.

Raise the new standard, Michael Musto (who one source believes is a golem), and glory in the dawning of a new epoch! Welcome to the age of unrestrained gossip!

We begin our celebration in Washington, already a simmering pot of gossip and innuendo, by firing a shot across the bow of incoming Democrats. Just a little reminder that the media is still in control, thank you very much. Here are a few of the stories we will be investigating for you: 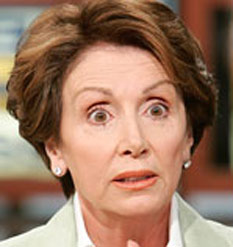 There are no shortage of very interesting rumors about Republicans this week, but I think they've had enough of a beating over the past few days. The only item I'll mention is that an unnamed official close to the Bush Whitehouse has indicated that Bush has promised to give a very generous gift to Vietnamese president Nguyen Minh Triet when he visits Washington in February: Mexico. No comment yet from Mexican president Vincente Fox, but sources close to Fox say that he is cautiously optimistic about Triet and very engorged.

Over on America's Left Coast the gossip chamber is really beginning to buzz or fizz or whatever it does. It's disgusting, but also very informative, as anonymous sources are emerging from sewers to fill the streets like an army of CHUDs-cum-mutant-turtles. Their totally unverified information is a boon to you and us as we take a look at the hottest gossip to come out of Hollywood! 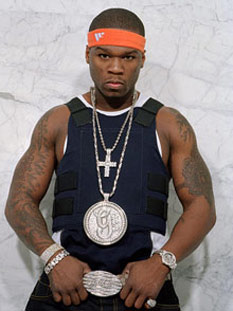 Cancer better watch its back!

This is truly a wondrous time to be alive for a gossip columnist. But with this new power comes new responsibility. Will we use this authority to destroy lives, settle petty scores with people we envy, and make terrible puns? Will we ignore this mandate from the courts and return to our old ways? I say, seize the day! Live each column like it might be your last chance to write terrible things about Mel Gibson's family.