Nothing is More Distracting than a White Woman 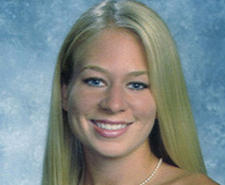 How's this for a new tourism slogan: "Aruba: Where Drunk White Women Go to DIE!"This really hasn't been a great year for America so far. The whole Iraq thing really isn't working out too well, the economy could be in trouble, and "Son of the Mask" was actually released in theaters. Sorry about that, rest of the world.

Thankfully, you don't really need to worry about serious issues like the thousands of soldiers and civilians dying in the Middle East, the nearly 8 trillion dollar national debt, or silly things like famine or whatever is happening in places that aren't America... because the media spends most of its time and effort focusing on the current WWotM.

If you aren't familiar with the abbreviation, "WWotM" is shorthand for "White Woman of the Moment." This is the Caucasian female that the major news outlets are most breathlessly talking and writing about at the present time.

For whatever reason, white women distract the press from everything else that's going on. Here's a typical scene from a newsroom:

Reporter: Oh crap! Like, 60 people died in a car bomb in Jordan!
Reporter #2: Where the hell is Jordan?
News Director: Shut up! There's a blond high school girl missing in Utah, her parents say she COULD be at the mall, but she COULD be getting raped and brutally murdered!
Reporter #1 & #2: GASP!
*Reporters drop everything and start combing over yearbook photos*
Reporter #2: I hope she was cute!

Here's a rundown of some recent WWotMs: 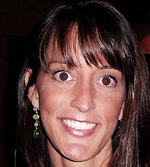 In case you're one of the 3 Americans who never saw Jennifer Wilbank's picture, here it is.

Barely legal Natalee Holloway gets a trip to Aruba as part of her High School graduation gift. Ever the overachiever, Natalee decides to get a head start on college by drinking herself into a stupor and putting herself in a situation where a bunch of strange guys she just met can easily stick things into her. Unfortunately, someone stuck the wrong thing in the wrong orifice or something and she got killed. Ooops.

MORAL: If you are a pretty young girl and you die mostly due to your own stupidity, huge chunks of the nation will still mourn your loss and you'll get twenty times the media attention than some boring, ugly guy who died trying to defuse a bomb in Ashabombalot Iraq or wherever.

Selfish emotionally unstable woman decides to ditch her wedding and "brilliantly" fake her own kidnapping to avoid... I don't know, the stress of telling her fiancé she doesn't want to get married? Who knows.

MORAL: If you're going to disappear and/or fake your own kidnapping, make sure your relatives know which "missing person" photo to use or or else you'll forever be known as that, "bug-eyed crazy big eyes night vision lady." 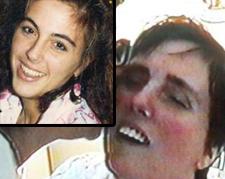 Terri Schiavo used to be pretty but then she had a heart attack, got a bad case of catastrophic brain damage, and became a vegetable. After 15 years or so of being kept alive by machines, somebody finally decides that enough is enough and they try to pull the plug. Unfortunately, this whole situation causes already insane pro-life activists to go even further nuts and there's a huge controversy. Eventually, the damn feeding tube is removed and Terri and the whole lame-assed story finally dies.

MORAL: To pro-life activists, saving the life of one incapacitated woman who hasn't snapped out of it over a decade is far more important than saving the lives of thousands of people who aren't white females.

Lifestyle maven Martha Stewart did some not-so-honest things with stock. The shocking twist is that a rich white person who committed a crime ACTUALLY HAD TO DO THE TIME! Sure, it was only five months in one of those country club prisons, but still...

After her release, the media jumped all over Martha's triumphant "resurrection" as if she was actually innocent. Helicopters hovered over her house 24/7 until finally Terri Schiavo's story broke and everyone lost interest.

MORAL: You don't have to be pretty, dead, or even straight to be a WWotM. Just being rich and white and bitchy is probably enough.

BONUS: Actual Jay Leno joke: "Martha Stewart is now under house arrest. So she'll go to her $40 million 153-acre estate. So she's going from the big house to an even bigger house." Oh you sure now how to zing 'em, Jay! 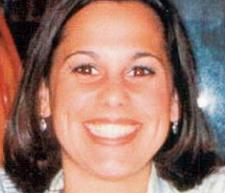 Ladies, don't get married because your husband will end up cheating on you and then murdering you. Watch the Lifetime network if you don't believe me.

Laci Peterson was WWoTM off and on for quite awhile because her story was a little more exceptional than your typical "white woman dies" thing: first of all, she was pregnant when she disappeared. Secondly, she was married to a handsome man who was cheating on her with an attractive blond. So you've got the two pretty women, the evil two-timing asshole guy, and the dead baby. And the murder mystery. And the trial. The non-stop coverage didn't end until Laci's husband (well, ex-husband, obviously) Scott was sentenced to death in March.

MORAL: I don't know, something to do with being white and soap operas.

This Natalee Holloway story still has some life in it (unlike Natalee, apparently) because they haven't found the body yet and there's an exotic locale involved... but after that wraps up, keep your eyes peeled: who knows, an attractive white woman in your town may be the next Jennifer Wilbanks or maybe even Elizabeth Smart! Be sure to pay close attention to these white women sagas instead of paying attention to the issues and stories that actually matter. Thanks!

Yeah OK. You racing fans are in for a... treat?