As long as we've got him, we might as well use him. Uh... you can stop smiling now, George. You're scaring the children.

To that end, I propose that we, the people of the United States of America (editor's note: we apologize to our overseas readers who may feel alienated by this article, but frankly, that's what you get for being a bunch of foreign savages), petition our President to issue forth the following message to the rest of the world:

To the leaders, citizens, and various peoples of every non-America nation of the world:

WHEREAS we, the people of the United States of America, constitute the most powerful, wealthiest, and mightiest nation ever to bestride this planet that we so humbly call Earth, and

WHEREAS we have the power to enforce whatever cockamamie notions and harebrained schemes we happen to come up with, and

WHEREAS we feel that this entitles us to constant entertainment and adulation, especially when we are not within our own borders doing our important work to keep our country, and thereby the entire world running, and

WHEREAS we have recently decided to stop pretending we like you,hereby be it

RESOLVED that each of your countries shall hereafter become theme parks based upon your nation's culture, or better yet, upon the stereotypes we have of your cultures, and be it

RESOLVED that the combination of these parks shall be known as "Worldland," and be it

RESOLVED that we expect rides.

How great would that be? No more hassling with passports and visas. Once Worldland was up and running, you'd just need to buy yourself an all-day park hopper pass, and you'd be free to go anywhere you wanted outside of the U.S. Just imagine, you take a few days off from the vital work you do in this country, hop on a plane, and fly to China. And when you get off the plane, you don't have to worry about the bothersome technicalities that ruin so many trips to China these days, like their bizarre language, their barely repressed hostility, or their communism. No, in Chinaland, when you get off the plane, you'll be greeted by friendly, polite, English-speaking Chinese people who would love to share their culture with you, take you to your luxurious four-star hotel, or point you in the direction of the nearest water slide! Now that's diplomacy!

Since major world governments always follow my suggestions, I'm going to stop talking about Worldland like some sort of "what if" pipe dream and start getting down to the nitty gritty. If you're like me, your heart skips a beat at the mere mention of one huge, worldwide theme park devoted entirely to entertaining you and reinforcing your carefully constructed, safely narrowminded views of the rest of the world. So I'm going to spare you the suspense and share a taste of what you can expect from some of your favorite countries - excuse me, parks - in the near future! 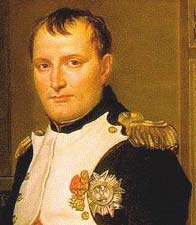 Finally, you can enjoy all the benefits of a French getaway without all of that attitude! In Franceland, the staff, A.K.A. citizenry will always be there to serve all your needs, take your photo beside landmarks, and offer you tastes of some of the best wines the world has to offer. Dressed in berets, striped shirts, and black pants, and carrying long cigarette holders that give off not harmful second-hand smoke, but the lovely scent of lilac, the Franceland staff will delight you with their ready smiles, positive, America-friendly personalities, and hygienic bathing habits. Why not stop by any number of historical sites for dramatic recreations of some of the pivotal moments in France's history? There are shows every hour, on the hour! See the storming of the Bastille, the execution of Marie Antoinette, or the invention of the cookie! For Mom and Dad, there's an incredible amount of world class shopping, dining, and events inside the five-story shopping center, the Napoleonic Complex! Stop by the Notre Dame cathedral, where the bells are always ringing and every back's hunched! Or how about a scenic cruise along the Champs Elysee? For the kids, there are plenty of thrilling, France-oriented rides, including Mr. Frog's Wild Ride, Surrender Mountain, and The Eiffel Tower of Terror! Or find out what it's like to be a traditional French person with Virtual Stench and the Snoot Simulator! And best of all, you won't have to listen to any more of those annoying French accents that just drip with superiority and disdain for everything American. All of the Frenchies will be forced to listen to John Cleese's performance as the French soldier in "Monty Python and the Holy Grail" until they can't help but speak just like him. Get ready for a laugh riot, Franceland-style, you silly American knnnnnnnnnnnnnnnniggit! 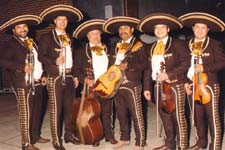 Now there's the Mexico we all know and vaguely tolerate.

You've always known that the magical land just south of the border was a vacation paradise, but this time, the only thing you'll be smuggling back into the U.S. in your ass will be good memories! How many times have you gone to Mexico looking for high quality Mexican food, only to have your hopes and dreams squashed by the cold hard reality that Taco Bell has been lying to you all along? Just try getting a decent Cheesy Gordita out of the Spics in today's Mexico! But problems like that will be a thing of the past when you take a trip to Mexicoland. Finally, the Mexican vacation you've always wanted can be yours, as all of the men wear giant sombreros and play comically undersized guitars, and all the women are either incredibly hot dancers or incredibly hot peasant women who are always carrying wooden buckets full of water for some reason! The dirty Chicanos have finally come to grips with their heritage, and now you'll never have to take more than three steps out of your hotel room without a talking chihuahua offering you a Taco Supreme combo meal. Finally, the Mexico you've dreamed of can be yours without it constantly being fouled up by those damn beanpickers and their lousy "culture." Have a blast! And remember the Alamo - don't tip your waiters! 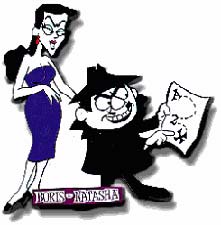 The Russians we all know and love may be a bunch of Stalin-loving, vodka-swilling communists. But in Russialand, the only thing they'll love will be to serve you and the only thing they'll be swilling will be fun (and alcohol)! They'll still be communists, though, because dammit, that's the way we like our Russians. With all the men dressed in big furry hats and curly shoes and all the women either covered in rags or dressed as a somewhat-villainous Bond girl, the Russkies will finally stop the endless cycle of trying to better themselves and failing due to a completely ruined economy that is always so depressing when we skim over it in our superior capitalist newspapers. Say goodbye to bothersome bread lines and hello to the new bread roller coaster! So long to nuclear meltdowns and welcome to the Radiation Sickness-Simulating Tilt-a-Whirl! Das vadanya to fiercely patriotic Russian literature that illustrates the undeniable spirit of the Russian people while condemning the actions of a twisted, malicious government, and the opposite of das vadanya to all of the Reds joining together twice a day to perform a nationwide musical number entitled "Sorry About the Whole Communism Thing, We Were Just Being a Bunch of Stupid Drunks." It's the most fun you can have in Russia without bombing anything! 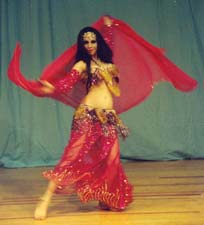 As you can see, Worldland will finally make travel fun and worthwhile for all of us Americans. Yes, the world really is your oyster now, America, although to be perfectly honest, it's not quite as funny of an oyster as I thought it would be when I first set out. Huh.

Hello friends, Zachary "Cocker Joans" Gutierrez here. It's that time of year again where America is once more reminded that their worth is based on how much they spend between November and December. I too have gotten into the Holiday spirit by sitting on my ass watching TV and thinking about all of the wonderful things I may buy this Christmas for family and friends, if I had any. That's why I am giving you, internet readers and / or those who only look at the pictures a very special deal this Thanksgiving weekend: twenty percent off our already low prices on moronic images! Just look at these incredible deals!

Starting at 5AM in the freezing cold we will be opening our doors so you can save ten dollars off the regular year-round price you rabid consumer whores!