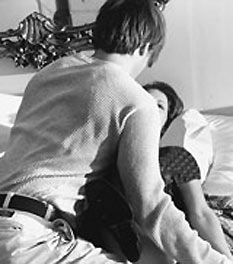 This would be example of a non-comedic rape.Many of you who read this article's title and immediately felt your hands tighten into fists are living under the mistaken impression that rape is not funny. Even my boss, friend, and confidant Lowtax repeatedly tells me "Zack, rape is not funny; it's not a game of comical chess to be played in your articles like those two old guys I saw in the park playing chess with live squirrels and pigeons. Now that was a funny game of chess, but not rape!"

What Lowtax and the rest of you have not yet realized is that anything is funny when it becomes bizarre and ironic enough. An example of ironic rape would be a rapist who has the tables turned and gets raped while out on the prowl. Not funny, although a few of you might chuckle. An example of bizarre rape would be a giraffe raping someone. That's funnier, but still not a family friendly piece of entertainment. When you combine bizarre and ironic though, you get an example of rape at its funniest. Who among us would not feel their belly begin to jiggle upon witnessing a known rapist being chased and violated by a giraffe? White collar criminals and possibly Anglicans, that's it.

Another example of funny rape appeared in the news a few days ago.

Police said Tuesday they are investigating a woman's allegations that she was raped in the oceanfront home where MTV is filming the latest season of its "Real World" reality program.

The 22-year-old woman, who is not a cast member of the television show, said she believes she was assaulted while unconscious by a man who is also not a "Real World" cast or crew member.

Let's look at the salient facts in this hilarious rape caper:

Fact One: The Real World is absolute shit.

Fact Two: Nothing real even happens on the Real World. They might as well film robots bumping into each other and screeching inside a baby pool full of motor oil. There would be just as many real life situations going on there.

Fact Five: Her vagina has cuts.

Fact Six: It may have been caught on tape. 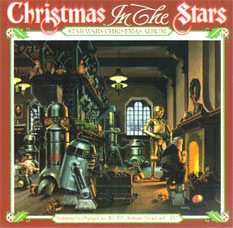 Santas workshop is full of sexy secrets.This incident of rape on the set of The Real World is just one of many hilarious cases of rape on the set of a television show. Did you know that Merv Griffin was raped nineteen times on the set of his game show "Burger or Owl Pellet Pyramid"? It's true! In fact, the annals of history in TV land are filled wall to moist wall with rape. To help further illustrate my point that rape, under the right circumstances, can approach hilariousness, I have raided the vaults of TV history to bring you the world's wackiest rape stories.

The Star Wars Holiday Special - Archival footage of Alex Guinness repeatedly attempted to insert its fist into the vagina growing out of Chewbacca's (Peter Mayhew) back.

Friends - In 1998 Matthew Perry was doing a late reshoot to make up for some flubbed lines from earlier in the day. After wrapping up he was accosted and raped in his dressing room by a robot that claimed to have been sent back in time to impregnate him.

Oprah - Oprah Winfrey notoriously raped and molested some thirty members of her staff during the period from 1994-1999. She was known to favor using towels soaked in chloroform to subdue her victims and considered the sexual assaults an act of reward for excellent work.

Everybody Loves Raymond - While demonstrating his ability to lactate from his supernumerary nipple to the audience prior to shooting an episode, star Ray Romano was tackled and raped by an unidentified man in a Chuck-E-Cheese costume.

Head of the Class - While filming a very special episode of Head of the Class on location in Moscow the show's star Howard Hesseman was attacked by two Russian men. Following a brief altercation, Hesseman had a pelican's head inserted into his anus.

All in the Family - Halfway through telling a joke about Mexicans and black people, Carrol O' Connor was grabbed by Rob Reiner who shoved O'Connor's head down to his groin and screamed "let me watch you suck it bitch!" O' Connor blacked out before anything further could happen and Reiner was chased off by studio security.

I Love Lucy - Lucille Ball used to force Vivian Vance to stand stark naked next to her in the dressing room and allow Ball to use her vagina as an ashtray. While intoxicated, Ball also once interrupted shooting and had her security people strangle Dezi Arnaz nearly unconscious while she defecated on his face. 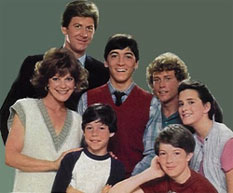 This would be example of a non-comedic rape.Charles in Charge - In 2001 allegations surfaced that Willie Aimes had been habitually sexually abused by an artificial plant on the set of Charles in Charge. When this hit the press nearly every staff member from Scott Baio to Nicole Eggert came forward and admitted that they too had been raped by the plant.

Jeopardy - More than a dozen female contestants on Jeopardy have filed complaints with Los Angeles police accusing Alex Trebek's mustache of rubbing them in an inappropriate fashion. The case is still being investigated by authorities but a court order has been issued to Trebek's mustache insisting it remain 100 meters from all guests when not taping the show.

Survivor: Africa - Survivor host Jeff Probst was tranquilized by game wardens after being caught raping a male savannah lion. A thorough search of his trailer revealed almost thirty endangered species caged and malnourished. Many showed signs of sexual assaults and a hippopotamus had to be destroyed.

Xena: Warrior Princess - Unsubstantiated reports and vague eyewitness accounts suggest that Lucy Lawless was raped multiple times by the ghost of an elderly Japanese man. This also might account for her child which she gave the odd name "Ghost Baby" and thereafter insisted her name in the credits was listed as "Ghost Dad" 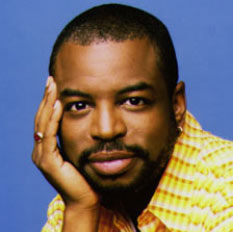 Just fucking stay away from craft services LeVar!Reading Rainbow - During taping of the "Bread is for Eating" episode, LeVar Burton had some bad salmon from craft services and began hallucinating. He masturbated during taping, ejaculated onto members of the cast and crew, and insisted on finishing the show completely naked from the waist down.

Star Trek: The Next Generation - While filming an episode in 1990 Burton once again had some bad sea food from craft services and began hallucinating. He held the cast at gunpoint, forced Brent Spiner to drink a glass of his own urine, and then made the entire cast wear plastic bags over their head that he insisted contained his flatulence. Gates McFadden actually suffocated during this incident and her role was played by a pile of pink Playdoh sitting on a skateboard for the remainder of the episodes she was in.

These instances of rape in the TV world are just a handful of drops in an ocean of rape. I hope the next time you fire up your copy of Outlook to send off an angry e-mail to me or another writer you keep in mind that, under the right circumstances, rape can be funny.

Hi folks, it's your stupid Phriday monkey Livestock here with the usual tidings of comfort and cramps. We've got the second act of our delicious comic book cover parodies up and ready for mass consumption, so go look at those right now. Just as you dined on turkey, you can now dine on hilarious images created by our delectable Forum Goons. Here's a free sample (the rest is free too, but this image is extra free): If you have any semblance of humanity left in you, you will take a look at this new Phridaymajig. After that, why not stop by and check out our sponsors, Freaking News? Their generous support bought the entire SA staff open-heart surgeries. We didn't need the risky surgery, but it was cool nonetheless. Do us a favor and visit Freaking News, a snazzy site for daily Photoshop contests that you can view as a helpless bystander or participate in as an empowered citizen and productive member of society.