Immediate Action Must Be Taken Against the Stormbeard Family 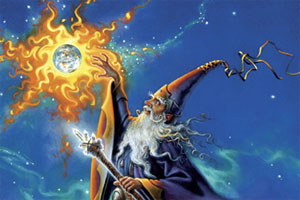 To the members of the Shady Vale Neighborhood Association, I offer you this ultimatum: take immediate action against Langall Stormbeard of 2234 Roaring Elk Drive, or I will.

For too long I have endured the menace of this reckless, deranged, and downright insufferable old man. I have stood by as he has victimized not just his own yard, not just my yard, but the entire charter upon which this neighborhood was founded. Our very articles of confederation lie shredded like garbage bags in Mr. Stormbeard's yard.

Previously I circulated a petition, which was signed by 12 of my fellow Shady Vale residents. Unfortunately, all 12 of the neighbors are either dead or long gone, having abandoned this place for greener pastures. Even Bruce Truespeed, the centaur who moved in across the street, has deserted this neighborhood because of Mr. Stormbeard. I remain here with my family as I believe it is imperative to stand up to bullies. I also believe this neighborhood is worth fighting for, even if that fight costs me everything.

I am not ready to give up on my neighborhood and the dream of a beautiful, orderly Shady Vale. To see that it is one day realized as was intended, I have contacted a man named Count Thecodont from the nearby Enchanted Valley gated community. He informs me that Mr. Stormbeard was a former neighbor of his, prior to violating numerous rules and being forced into exile. 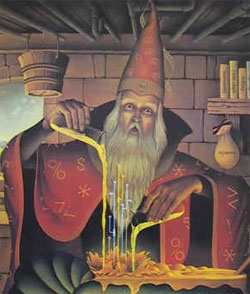 Mr. Theocdont was kind enough to show me the tome in which he documented all of Mr. Stormbeard's infractions. He noted that it contained evil so strong that if my mortal hands were to grasp it, I would be forever tormented with visions and impulses so terrible I would have to take my own life. I was grateful for his concern.

I was even more grateful to learn that Mr. Thecodont was willing to help. He has already started work on a crystal capable of swallowing all of Mr. Stormbeard and his yard. Mr. Thecodont assures me that it is strong enough to imprison him until the end of the age of man and the dawn of the age of dragon, which sounds pretty strong to me. However -- and this is another testament to Mr. Thecodont's belief in the rule of law -- he insisted I give my Neighborhood Association one last chance to enforce its charter.