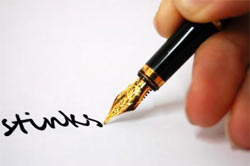 HELLO from your father aka the worlds newest Jake A. Rowling!!!!!!!! I have been up to something this morning and I think its going to pay off big. As you know I'm not the spry young man of our yesterdays. It's getting cold out now and being an older gentleman of advanced age and belly I have decided to stay in the car this week and write a novel for NATIONAL NOVEL WRITING MOTH.
I have been kicking around an idea for a novel in my mind for over 15 years and only now have I finally started putting it on paper. I was first inspired in 1992 to write a novel about a future world with alternate fuel sources when one winter we realized the Horse Room was warmer than all the other rooms because the horse was in it and we renamed the horse to The Heater and brought it to the rooms we wanted to be warm in. Anyway My outline is coming along nicely and my story will have it all. My novel will be full of mystery, intrigue, action, sex, birthdays, murder, colorful characters, vandalism, petty theft, bad smells, a cyberforest, and more.... Here is what i have written:
Jack "Thirsty" Hardbody is a traveling gun salesman who rides across the desert in a post-apocalyptic four-dimensional hyperworld looking for love and guns to sell. "Man, I'm Thirsty," he remarked to himself as his dirtbike peeled out from a dusty desert gas station and endless sand dunes reflected off of his mirrored shades, "I Guess They Don't Call Me Thirsty For Nothing!" He used his free hand to direct drops of sweat into his mouth while he drove with the other hand, as future men often did, due to the destruction of everything in the world and the lack of water. Nobody was as good at getting all the sweat drops as he was though, which is why he gave himself the nickname Thirsty. Ordinarily another person would have given him a nickname, but almost everyone died in The Third Computer War. The Automatic Nickname Generator (known in its final minutes as Flamey) was also destroyed. 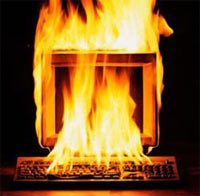 After a satisfying ride he went home to find his dear aunt close to death. Her medication was stolen and replaced with Space Poison. "Aunt, who did this to you. Who could possibly do this..." She was resting on her hover-deathbed nearly motionless but opened her eyes for just a moment. "I Think It Was... The Albino Teen..."
"THE Albino Teen...?"
"Yeah, Him..."
"Well That Tears It! Lets Peel Out" 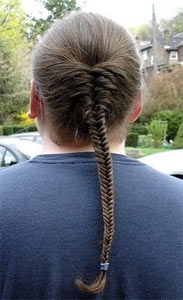 With the wind whipping his face and dirtbike, Hardbody used a flick of his neck to bring his braided ponytail to the front of his torso, so that he could put the end of it in his mouth and the sweat from his head would slowly seep its way up to his mouth like that experiment back in school with the string and the colored water in the cups. He would need to drink a lot of his precious sweat if he was going to face off against The Albino Teen, who was likely also sweating
That is what i have so far but soon i will get to the part that shows the destruction of the Albino Teen but introduces the genderless antagonist Martin Gender who unearths the dream crystal and appears in peoples dreams doing things like going skydiving and shouting PULL THE RIPCORD!!! and the victims wake up pulling on their own armpit hair. (Based On A True Story That Happened To Me...) the book will be called Genderworlds: A Lust for Peace