The Ultimate Ranking of American Presidents 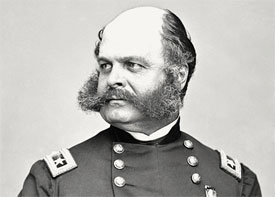 Ironically, Roosevelt often relied on the counsel of General Abernathy Birdsits, the official White House ghost.34-12. Franklin Eleanor Roosevelt (1882-1945) - America's longest serving president, FER saw this nation through the Great Depression, all three world wars, the Martian Memorandum, and left office by turning into a ghost and floating up through the ceiling. To give you some idea of how long he was in office, when he was first elected, a woman was still obligated to sleep at her husband's feet, but by the time he died, women were graduating 5th grade and earning as much money as a chicken. Roosevelt frequently reappeared during the term of his vice president, Harry Bones Truman, to offer advice and comic relief.

11. George H.W. Bush (1989-1993) - America's first "HW" or "Heavy Weight" president. Although mocked for his incredible girth, Bush was an effective diplomat who coined the phrase, "Grunt loudly and roll down a hill at them." Many thought this meant to make an international fuss and allow the momentum of events to force your foes out of your way, lest they be crushed. It was later learned he meant to do this literally. Went on to produce the first presidential egg, which hatched into George W. Bush.

10. Bill Clinton (1993-2001) - Won a Branson, Missouri talent competition as "Bubba the Jazz Comedian" and was declared Yakov's Midwest Funnyman of 1993. Unknown to Clinton and most in the audience, the fine print for the competition meant the winner would go on to become president for eight years. 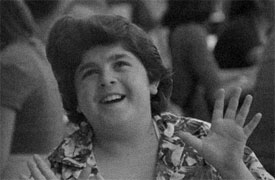 Though well-regarded by history for avenging Lincoln, Cubby's scandal-wracked administration was unpopular at the time.9. Curtis "Cubby" Huxley (1865-1868) - Abraham Lincoln's Junior President, elected by kids across the country, was elevated to the high office when Lincoln was assassinated. Involved in the Sugar Scandal in which it was revealed Cubby was bribed with various penny candies to make bed times earlier and designate new and more painful switches for bad children.

8. Brett Roosevelt (1959-1963) - Actually known as Alexandr Yumokovich, Brett Roosevelt was a product of a KGB sleeper agent program that used drugs and hypnosis to turn a US soldier captured in the Korean war into a psychotronic puppet of the Soviet Union. He was actually a pretty good president, although some at the time questioned handing over Alaska to the Soviet Union. History would prove it a wise decision.

7. Teddy Roosevelt (1901-1909) - America's great conservationist president. One of about fifteen presidents who spent their youth defeating Mexico. Roosevelt was much loved and produced many amusing anecdotes, all of them bullshit. The truth is that Roosevelt was sent back to our timeline from 6,000 years in the future to prevent the election of Tiberius Kane. And he succeeded. For now. 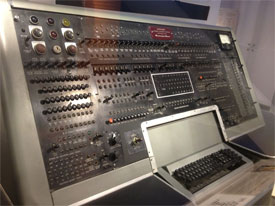 PRESIAC was reactivated for a Smithsonian exhibit in 2010. All of its circuits and tape reels are roughly equivalent in processing power to a modern banana.5. Ronald Reagan (1982-1989) - A denim dream of cowboy America, with oiled hair and a fatherly smile, jellybeans on his desk and Star Wars in the sky. Catapulted to the presidency by the success of his comedy album, "The Truth of Medicare: Negroes Are Being Given Your Tylenols." Reagan was a potent figure on the international stage and rallied a sagging American economy by selling half of it to the Japanese and using a rake and a garden hose to treat unions like wasp nests. Never officially stopped being president, he just stopped moving and crumbled like a dried out golem while God Bless America was played on a trumpet.

4. PRESIAC (1964-1969) - America's first digital computer president. Based on the success of the Coolidge punch-card engine presidency, unhappy voters turned to this warehouse-sized collection of electric circuits and magnetic reels. Was an excellent and highly efficient president until it became fixated on a woman and began to experience love. 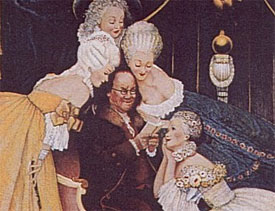 2. George Washington (1789-1797) - America's first president. Set the template that many would go on to follow by limiting himself to two terms and spending hundreds of millions of dollars to get elected while whoring himself to whichever corporate interests offered the most money. Once said, "America does not need a king, it needs J.C. Standard and the Standard Oil Corporation."

1. George W. Bush (2001-2009) - Brought us out of the excesses of the Clinton years. Defended us from terrorism. Took the fight to America's enemies abroad and ushered in an era of fiscal stability and peace. Oh, yeah, baby. He's a reeaaaal good president. Like, the best.