In Your Goddamn Face, Zack

Okay, so it appears that Zack threw down the gauntlet yesterday and challenged me to a Geocities Destruction Derby race. He tried to act like a big hotshot by posting up 30 horrible Geocities ALoDs to top my three from the day before. Fine Zack, you want to play this little game? We'll play this little game. I'll see your 30 daily Geocities sites and RAISE YOU 30 MORE. That's right, assface, I'm posting 60 Geocities site links today. Let's see you top this, clownpill.

Spaar Fairy's Adventures Into the Horrible Color Realm - It's like somebody shoved Grimace's bloated fat ass into a blender and threw the results up onto the Internet.

Jade's Graphic Hell - Jade hates your computer and attempts to make it catch fire by forcing it to download 500 thousand million trillion megs of horrible graphics.

Hello, Why Yes, I Am a Goddamn Insane Lunatic - "Purple Crow," aka "Reptoid," claims to be an alien and also quotes GI Joe. Oh no, wait, scratch that, he's a "Multidimensional light being". My mistake. 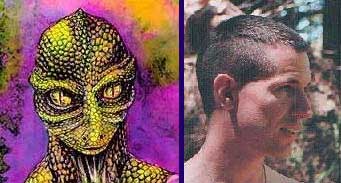 Some Obscene Yellow Gob of Shit - It's like the mid-80's came back for revenge.

Crappy Music From a Crappy Website - "Thai" plays "Wicked Indie Music" and brags about his shitty music equipment. Don't bother downloading the mp3s unless you're stupid.

Fockerisms - I don't know but they like Cliff Yablonski and terrible HTML design. I think it's a "humor" site as in the same principle that Cathy is considered a "comic strip".

A Bunch of Teenage Morons - LENS FLARES AND FLASH INTROS! A match made in Heaven indeed.

Moon and Back Graphics - Fairies and animated star gifs. I sense failure in your future, Fruit Loop.

Yay, More "Matrix" Crap - Huge and terribly horrid shrine to the movie "The Matrix." Nobody can be told of what the pain from neon green and orange is. You have to see it for yourself.

Project Phyrexia - Webmaster wants funding to encourage the government to augment humans with wads of scrap metal. I don't think the embedded MIDI and wav files will win over too many government officials.

My Name is Jennifer or Jen Jen or Jen or THE GREAT SATAN - Jennifer likes to see letters rotate, spin, and catch fire in an animated gif format. I hate Jennifer, Jen Jen, or Jen.

Land of the Retards - It's pink, purple, and repulsive. 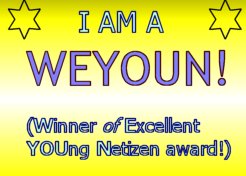 MS Paint Graveyard - I don't know, I think it's about the Mario Brothers or crack or racism or freedom or something, USA USA USA!!!

Babee Gurl Jen - At first I thought the Angel Doll on the front page was sitting on a huge toilet. That would be the only thing that makes sense on this page.

Another Shitty KISS Page - They claim to be an online family, like the Manson Family I guess. You'd think at least one KISS fan in the entire world has decent HTML skills, but it doesn't seem that way.

Nobody Could Ever Find This Page Amusing In Any Way - It looks like a parody page but I didn't care enough to read it.

Hello, Welcome to My Crappy Games Page, English is my 502nd Language - Oooh, screenshots from video games that he stole from IGN and Gamespot. Exciting.

Hello, I Deserve Incredible Pain - Har har, his name is "Harry Butt" and he has an "All Your Base" graphic header. This guy is the next Yahoo Serious.

I Am Under the False Impression That People Give a Rat's Ass About My Stupid Cat - Lady goes on and on about her cat. Yeah, that'll really bring in the readers.

The Hearse Owner Club - This guy makes a mockery of the holy and sacred Halloween holiday, celebrating the event of Jesus putting on a ghost mask and turning pumpkin guts into Mars bars.

Pictures of Non-Hearse Cars - Yo yo yo, niggah got a tight ride, yo.

Chuck's Page O' Narcissism - Chuck is gay. I can't figure out if that means Chuck likes men or women. 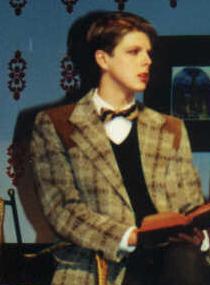 I'm Hip-Hop and Dumb - Some guy likes holding conversations with himself and has an attention span measured in nanoseconds.

I'm a Big Fat Guy Who Can't Resize Pictures Correctly - He wants to be an actor. Maybe he'll get hired for "Pie Eating Contest - The Motion Picture."

Another Crazy Person - Instructions on "how to become a doll." No details regarding why anybody would want to.

Something That I Didn't Really Look At - I saw the "cutesy-pie" Anime schoolgirl graphic on the front and that was enough to turn me away.

fuXor - e/n site without the hard-hitting and intelligent content that you'd normally associate with e/n sites. 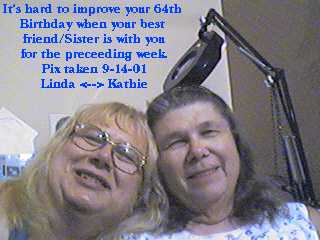 I Play Everquest and I Am Completely Disassociated With All Forms of Reality - Webmaster wants to write a series of novels about Everquest. I assume he's in close contact with his publisher from inside the mental ward.

I'm Quirky Because I Like Pez - Site comparing Pez to God. The countless broken image links really seal the deal.

My Crappy Poetry - Junk about angels or seasons or Jesus or something. Geocities is really known for their quality bloated housewife poetry.

Welcome to Johan's Homepages! - Doughy little teenager goes on and on about his wizard character from the game "Middle Earth." He's from Sweden, indicating that Geocities might be interested in importing their crap from different countries.

HELLO WORLD, I CAN'T SPELL - You got me, I refused to "click here to enter."

Dan's Home Page - Well gee, if they're offering free webspace, I suppose I'm obligated to put SOMETHING up! Somebody turn on the crap faucet and let the shit flow!

A Couple Suburban White Kids - I didn't "click here to enter" on this page either. Judging from the intro graphic, I did the right thing.

Javascript Gives Me a Raging Hardon! Also I Hate Fags - Utterly insane man either preaches for or against homosexuality. I couldn't tell which, as the cursor and images kept flying around and obscuring the words. 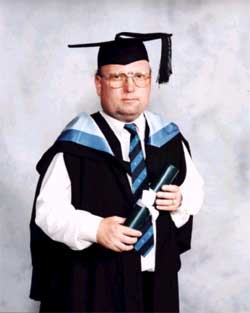 ROMEO FOX: INTERNATIONAL DX GROUP - "Romeo Fox" sounds like the name of a cool super spy. There's nothing cool or super on this site.

I'm Another Moody and Morose Goth - Black and purple webpages should be banned. Site contains more stupid poetry, descriptions of his / her / its faith, and other boring junk.

Star Trek is For Jerks - Wow, a person who likes Star Trek! And they're a geek! What are the odds?!?

I'm Too Busy Being Chubby to Finish My Webpage - Generic vapid college girl. I can't tell if she's attractive or not. I don't really care either way.

Links of Unbelievable Horror - Fan fiction for various RPGs and the movie "Labyrinth." Why?!?

Please Care About Me! - Person makes a page dedicated to himself. Oh please, somebody care about and pay attention to him!

Bright Pink Backgrounds Are a Good Idea - This page is about Virginia Woolf. It includes a picture which was apparently taken of her while she was being lowered into her funeral plot.

I Am Retarded and Have a Copy of Flash - Yes, because the world loves intro Flash splash screens and we all want to hear samples of the terrible generic techno music you listen to.

Monkees Fanfics - Get a hobby, weirdo.

Whew. Thank God that ordeal is over. I've lost all energy and will to live, but I've successfully one-upped Zack and once again introduced him to his old friend, "Remarkable Failure." In your damn face, Zack.