If You Are Reading This, I Am Dead

If you are reading this, I am dead. I have prepared this document to settle my affairs in the case of my death, and I’m sure glad I did, because it is now apparent that I have died. In the event that I have died and this document can’t be found, please refer to Appendix A of this document, “What to Do if This Document Can’t Be Found.” Otherwise, read on, and follow these directions carefully or risk shaming my memory or awakening my curse. For details of my curse, please refer to Appendix B, “My Curse,” or to the film “Thinner,” which is about a fat man who becomes really thin. It’s worse than it sounds (the curse, not the movie). 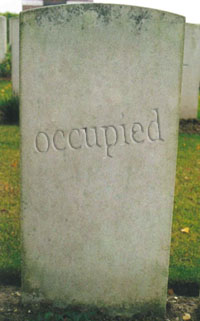 Section One: Disposing of my Body

If my body is in any undesirable or unsavory position, such a nude on swingset or cowardly fetal pose plus grotesque rictus of terror, please dress me as necessary and snap me into a pose that will reflect well upon me. Maybe you can make it look like I died working the fruitless, red clay earth with my scarred and calloused hands, because then my family will think that I worked myself to death and they’ll feel bad that they made me get a job. Or, if I’ve recently done something pretty bad, you could pose me on my knees and make it look like I died praying, because that will probably score me some points. Actually, you know what? Let’s go for a Conan The Barbarian thing, with me on a throne, brooding, maybe a sword in my hand. If any girls died with me, put them up against my leg so it looks like they’re adoring me.

However, if my body has expired in a peaceful, dignified state of repose, just leave it that way, because I guess I’ll settle for that. I wouldn’t be mad if you still did the Conan thing, though. Far from it. Actually, just do the Conan thing either way.

When my body is prepared to my satisfaction, gather my people around it to weep and mourn and say their farewells. In the unlikely event that by the time of my death I have not become the leader of a people, please find those who love me best. Maybe they’re my disciples, or my kinfolk, or perhaps just hangers-on. Please shoo away any who are eyeing my rings and baubles, because I will not tolerate grave robbery among my disciples, and I thereby expel them from my order.

Anyway, allow anyone who wants to see my body a good fond look at it, and then shuffle them out of the room to a room filled with snacks, so that they can chat and eat and remember the good times. Please do not allow any snacks near my body, because if I should awaken in death before my ancestors to be judged, I don’t want to be covered with crumbs and chocolate fingerprints.

Among my people, find someone willing to do a eulogy. I don’t need anything fancy, but make sure you hit the following basic points:

Section Three: On the Non-revelation of My Terrible Secret

First, I want to make it clear that if you skipped to this section without reading the other ones, you’re a real ghoul and you should drop dead. But here’s what I’m giving away:

A) If you killed me…
If you killed me, just calm down and don’t panic. I am not going to pass judgment on you, but you’re going to need to sort this one out on your own. Did I deserve it? Was it legal? Were your motives just or unjust? Are you wanted by the police? Are you a police officer yourself? If so, what did I do? Was killing me maybe just a little bit excessive? Oh, really? I did that?Well I guess that is pretty bad.

B) If I was terribly mutilated…
Please take me to a mortician who will use all his powers of reconstruction to make an open-casket funeral possible, because weeping at a box is way too abstract for my liking. If my mutilation is too severe to make an open casket tasteful, please flip me over so that only my legs and feet show through the open part.

C) If I died far too young of an incurable disease…
Please cryogenically freeze me until such a time as the disease has been cured, or until people lower their Popsicle standards far enough that I would be more useful as a confection.

Thank you, and may I rest in peace.