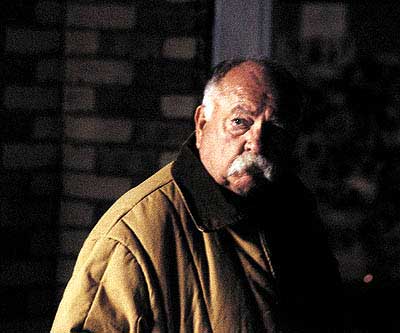 Scene from the Doom movie, featuring Wilford Brimley as "Fat Zombie."When I was a wee lad no more than the age of 13, I played a game that changed my life. That game's name was Doom, and it destroyed the way I looked at all other games. After playing Doom, I immediately set fire to my Sega Genesis with the awesome 32X upgrade and gave up on console games forever. To this day I have scarcely touched any kind of game that requires a regular TV to play. Instead I have embraced whole-heartedly the wonder of PC gaming, particularly 3d shooters. What appealed to me most about PC gaming was the fact that you could make new levels and graphics and show the world why you will never be a professional game designer, unless of course you give up on life and make religious-themed games. Remarkably, God let's his notoriously high standards slide when it comes to games made in his honor.

Doom has always been one of my favorite games of all time, and I even liked the new Doom 3 in spite of the fact id Software only made two levels and just repeated one of them about 50 times. I know they hoped we wouldn't notice by turning down the light levels in the game, but unfortunately I still did. That's okay, I had fun anyway and that's what it's all about. I still love Doom and think it's a great game franchise. Hopefully this great game franchise will soon end for good for the simple reason we do not need anymore Doom games and instead need new versions of Half-Life 2 which are actually just the same version but with different box art. Actually, I'll settle for a game that doesn't involve all hell breaking loose when aliens/demons teleport into a lab in one of those "WHERE'S YOUR HUBRIS NOW, ASSHOLE?" moments for mankind.

My hope that a movie adaptation of Doom would be good was proportional to my hope that the burning sensation in my urethra was actually a misplaced Tic Tac. That is to say, I never really imagined it would be good at all. I always just kind of assumed making a movie out of Doom would be a bad idea, since making a movie out of video games is just shy of universally being a bad idea. But since there is some unwritten law that 99% of the movies Hollywood spends millions on must be designed by and marketed towards complete idiots, video games are ripe source material. The prospects of a movie based on a video game being good are not impossible, just that the medium doesn't actually create anything other than spastic nonsense with cleavage when turned into motion picture excitement. 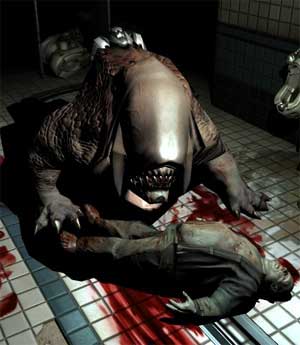 Nothing like this will be in the movie because all the monsters are now handicapped people.Recently, news about the Doom movie's plot spread to the Internet, much like cancer tends to spread around your organs in a backwards plea to be loved. What's the gripping plot for the new Doom movie you ask? I know! Scientists experimenting with the unknown frontiers of teleportation open a gateway to Hell, flooding our universe with evil. As the sole surviving space marine in the vicinity, it's your duty to claw your way into the very heart of Hell and seal the portal forever. That's definitely it. There is no other plot to be derived from a game where you play a space marine fighting his way into the very heart of Hell to seal a portal unknowingly opened by careless science. Apparently, in one of those amazing mix-ups that could only happen in a sitcom, the people responsible for making the Doom movie mistakenly used the screenplay from the horrible Resident Evil movie. I read this chilling quote on an Internet site featured on the web:

The story follows eight marines, teleported into a command centre of a secret base on a remote planet. There, they learn that something strange is happening and soon monsters start to appear. The monsters aren't from hell, but rather people mutated by some nasty super-virus although the monsters look very similar to those in the game.

Okay, so maybe it's Resident Evil parked on some evil planet, but what the hell? This is the dumbest thing I've heard since the news that American McGee was writing the screenplay for his failed Wizard of Oz game at the behest of Jerry Bruckheimer. I fail to comprehend how a movie based on the aforementioned hellish imbroglio turns into "space marines versus very sick people in need of immediate medical attention." Unless this is some bold move to turn us against sick people, I fail to see it as a good thing. As I read on, that last idea seemed to be a possibility.

One character is a technician called "Pinky" who has a cybernetic wheelchair thanks to a bad teleporting accident. Pinky later mutates into something remotely resembling a creature from Doom 3. Producers claim that the film will be more of a horror than an action shooter. 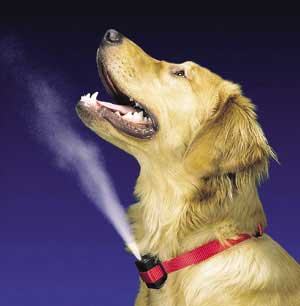 This just in: the Doom movie is now about a dog that shoots ghosts from his neck!I know it's wrong to change your mind in the middle of an article, because that's what John Kerry was sent to prison for, but I have to say this movie is starting to sound really appealing. Not only is it about space marines murdering sick people, it now actually demonizes people in wheelchairs. Could this be anymore awesome? I don't know what on Earth or Mars it has to do with Doom, but it's high time we had a movie that portrayed those of poor health as the real enemy facing mankind in outer space. I hope the epic struggle between the healthy marines and the outer space lepers escalates into an all out war for genetic purity. It's a great message about mankind's future.

This all gets one thinking fiercely, if you ask me. Doom's plot now seems like some kind of idiotic anti-handicap version of Resident Evil, which was directed by the handicapped Paul W.S. Anderson. Paul W.S. Anderson also directed Event Horizon, which was a terrible movie you could easily say ripped off Doom if you wanted to. Logic dictates that, because of this, Hollywood needs to make a Duke Nukem movie that rips off Event Horizon. I think Uwe Boll could direct it if he's not too busy working on the movie adaptation of the SNES version of TimeCop . Or better yet, let's just decide that video games are best left as video games and make good movies based on new ideas. Okay, that's too fantastical, so let's just stick to scrapping the bottom of the barrel with the filthy shovel that was previously used to murder all common sense in the state of California by a jealous Scott Peterson.

My main complaint isn't so much that the Doom movie isn't true to the game, just that Hollywood doesn't let adaptations of games and comic books and similar nerd entertainment fail on their own merits. Doom as a movie will suck even if it's a 100% true to the source material. I realize you can't translate a comic or a game and similar things directly into movies without making changes, but if you're changing the very ridiculous concept then why are you even claiming to be based on the original ridiculous source material? The movie is going to be bad, so let it be bad and true to the original rather than being bad and a bastardization of the original. That's all I'm asking. Hollywood, please ruin movies in a way that's more considerate to the source material. Thank you.

For those of you who came for some quality humor material, I have prepared a joke for you!

What did baby Shakespeare's nanny say to him when he was acting up?