It's time to shine the spotlight on the absolute worst submissions we got. If you're wondering why we bother, the answer is simple. We don't like you. But don't let that stop you from enjoying all the fun of some truly disgusting attempts at comedy.

"Shoez" is a marvel of greatness with this stunning tribute to the fallen heroes of 9-11. I realize we've featured some WTC jokes in the past, but at least most of the past ones were either clever or looked halfway decent. "Shoez" decides to cut away from the idea of comedy and just illustrate a burning building falling on fire fighters in a simple and poor fashion. Way to go, Pope Asshole IV! Let us never forget you're a jackass. 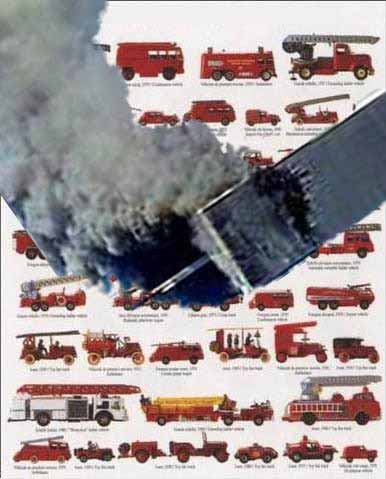 "jimmy" is right on target with this joke. You see, there is no "I" in "team." Being that a shark has appeared, organized rowing is in order. The hilarious part is that if they don't row faster, the shark will eat them. That's why they have to work as a team. You know, so they can survive. It's very funny. Also, the shark looks amazingly two dimensional against this background. For a visual matchmaker, you just made a love connection between my eyes and severe pain. 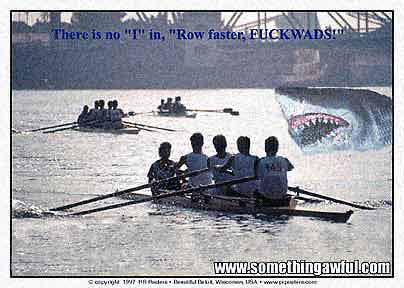 "limehouse" manages to completely disregard a basic rule of Photoshop Phriday regarding tagging. He tagged this himself, complete with nice jagged pixels surrounding our web address. Way to go, shitstove! Why don't you just misspell the site name while you're at it. I know with work like this, we'd prefer you did. America is so gay! TEE HEE! 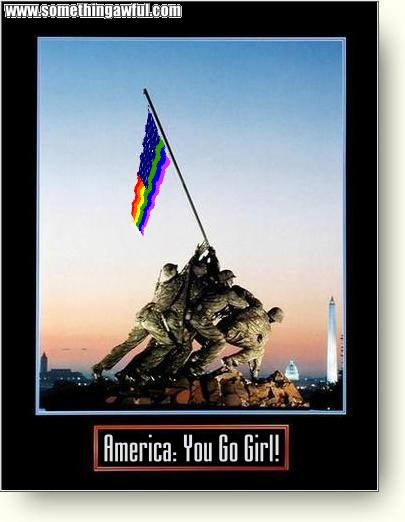 After everyone milked as much from this source image as they could, "Slob" comes in and decides he's going to play Photoshop Jesus and do some resurrectin'. Unfortunately, he's the fucking Anti-Christ polluting young minds with decadent cutting and pasting. Way to match up your two individual pictures into one harmonious final picture. Clearly the product of this sinful union was never meant to be. Just like "Slob!" 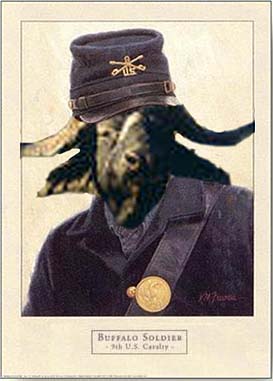 I honestly hope that this "Waltah" disaster piece is intentionally this horrific, because I have a hard time believing anybody could be this fucking unfunny and juvenile. Even on the SA Forums, where horrible humor is an art form this is beyond comprehension. There are so many millions of things wrong with this picture that I'm liable to die of an aneurysm just trying to explain any one of them. All I can say is that this image easily represents the lowest point in human history. He's given cowboys a bad name, babies a bad name, and worst of all he's even given rape a bad name. I believe it's time we start praying for a quick and painless death. 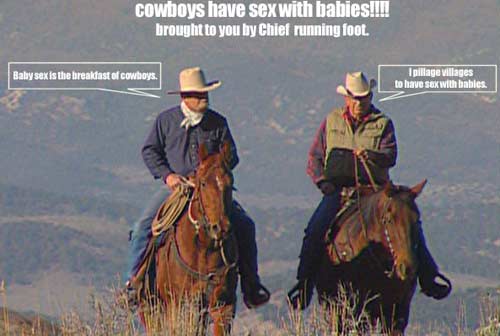