This Parole Board is Unfairly Biased Against My Nazi Face Tattoos 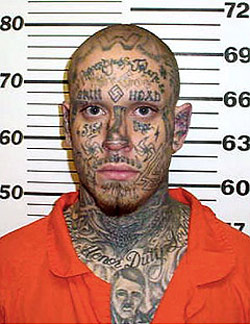 First, I want to state for the record, that this proceeding is a travesty under god and Jesus and the constitution of the state of Indiana and god knows what you have done in incarcerating an innocent man. Second, I want to say that I have been brought here in shackles thereby contaminating your bias of me further because of a so-called “bite incident” last week and I wish to state for the record that this is a frame job by the guards and I was not involved. 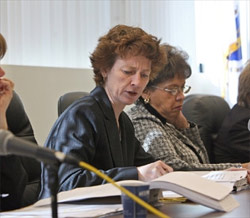 I have a statement that is not the statement prepared by my attorney and I wish to now discharge him back to his mission away from here. I requested representation by a Caucasian and at this time I do not have any use for a non-white attorney and the disrespect this shows for Wotanism by the state of Indiana.

Ladies and gentlemen of the parole board, this is my fourth time standing before you and it is my belief that this will be the fourth time justice is miscarried. I want to begin by stating for the record that I am an innocent man wrongfully incarcerated. Would I have done the crimes for which I am being punished I would feel remorse, but I did not so I do not.

I wish to point out a fact which I have ascertained while in solitary confinement for allegedly manufacturing a knife or stabbing weapon which is a false charge trumped up by a misunderstanding. The fact as it relates to the events of the night of June 7th, 2000 is that John Barny who witnessed me leaving the Mix Factory supposably saw a man wearing a baseball hat backwards and a sweatshirt with a hood down from the rearview of his car.

According to the testimony of Mrs. Andrea Blucher she saw a man leaving the Mix Factory with a hat FORWARDS and his sweatshirt hood UP. Factually it is impossible for a man to wear a baseball hat backwards and have his hood up, a fact which I would demonstrate if I were not unjustifiably shackled like an animal because I am an alleged “bite risk.” I would like to note then that this testimony is conflicting and impossible and therefore is one of the things exonerating me of my alleged crime.

In regards to the attack on Mr. Madison, at the time of my trial I had been inducted into the Aryan Brotherhood and had received my first 1488 tattoo and at that time I also received the FUCK YOU tattoo on my neck which has subsequently been covered by my demon tattoo and I believe I also had the words SKIN HEAD above my eyes. This was prior to my forehead swastika or the my valknot that Two Veins gave me. 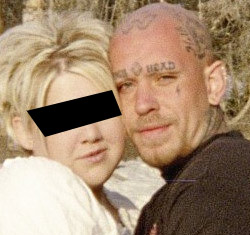 The jury was unfairly biased against these tattoos, which I did not have at the time of my supposed attack on Mr. Madison, which is because I was not a member of the Aryan Brotherhood prior to my incarceration and therefore it is not a hate crime because I was not against blacks at that point in my life. I only became opposed to the existence of all other races and creeds during my unlawful incarceration. Therefore hate crime laws extending my sentence were unfair.

One of the appellate judges during this trial was Judge Harriet Taylor and her daughter I have read on the Internet is married to a Jewish man. Because of the specifically non-pro-Semitic nature of some images on my full arm sleeves it is clear that Judge Taylor should have taken the opportunity to recuse herself under the circumstances.

Finally I wish to bring up the subject of DNA. My DNA has never been entered into evidence nor has it been tested against the DNA at the scene of the crime. Because of inadequate CSI work some material evidence was destroyed so that DNA that could have been used to exonerate me was not. Therefore I hereby demand that you respect the supremacy of the white race, put aside your bias and reverse-racism, and free me from my unfair incarceration.

Also I was denied dessert on the past three meals including pumpkin pie on Thursday which is known by the staff as my favorite pie. Therefore I wish to file a lawsuit against the Indiana State Prison and I will be requiring a Caucasian attorney who can read Norse runes.

Thank you in advance for my parole. 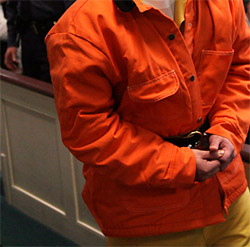