Friday, Oct 27, 2006 by Josh "Livestock" Boruff (@Livestock)
As we speak Halloween is nearly upon us. Soon rabid children dressed as devils will be at our doors demanding we give them diabetes. In the far off realm of Middle-Earth, it is also almost Halloween. The various pixies, robots, unicorns, and mermaids of Tolkien's rich fantasy universe are donning disguises and preparing to form fellowships to tackle the dangers of trick or treating, costumed balls, and scary adventures. Thanks to our magical friends, the Something Awful Forum Goons, we can see just what that looks like.

A gentle robot named Ehud programmed this image to appear on your screen, thus starting Phriday. 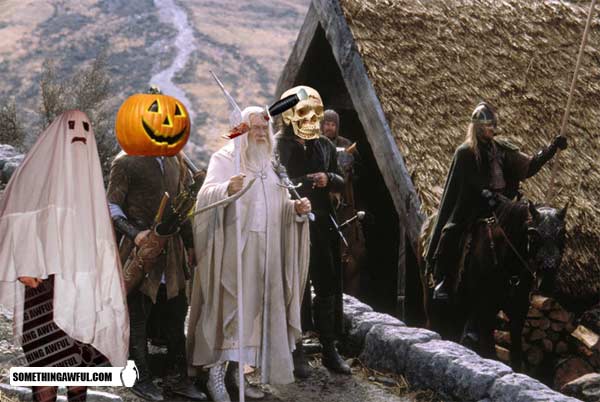 boethius is able to withstand crushing blows to his forehead. Try it some time. 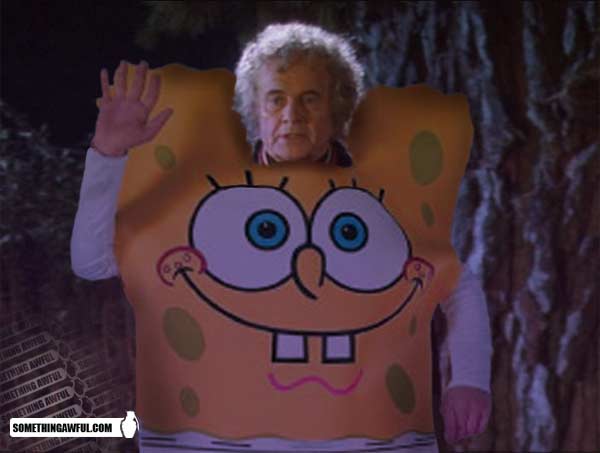 Jedimastafez captured a childlike sense of wonder brilliantly with this startling masterpiece.