About a month ago, a new SA subforum mysteriously appeared, in which posters discuss conspiracies and paranormal phenomena, and nothing is as it seems. Chemtrail Clem summed it up perfectly: "people from all the various forums come together and post fun jokes in the paranormal place." Our first P/C goldmine comes from Chemtrail Clem himself; it poses the eternal question "Could you kick an alien's ass in unarmed combat?" Thanks to FYAD signature artist neoaxd for the drawings; contact him for commissions and follow him on Twitter!

Assuming aliens (greys for the sake of argument) exist and have visited Earth, do you think you could fight one in unarmed combat and kick its ass?

Voted no haha even though I dont really think this is a laughing matter.

If I were to encounter, say, a Pleiadean on the battlefield, I think the most I could do is try to meet death with a smile.

I think it's more a question of 'should' rather than 'could'. What kind of message would this send to these extraterrestrials about the human race if you were even to attempt it?

Unless they are a warlike species who respect and value single combat. Maybe one day we will find out.

Sorry I should clarify that this would only be in a self defense situation, it would still be illegal under Earth's laws to do illegal combat or assaults.

How do we know when these extra terrestrials are attacking us or when they are just greeting us?

There's so many 'what ifs' that you could go mad just thinking about them.

no, because theyd probably do something all unexpected-like . id imagine if u were fighting an alien and getting some good licks in theyd probably just paradigm shift or something and ud start getting fucked up beyond belief 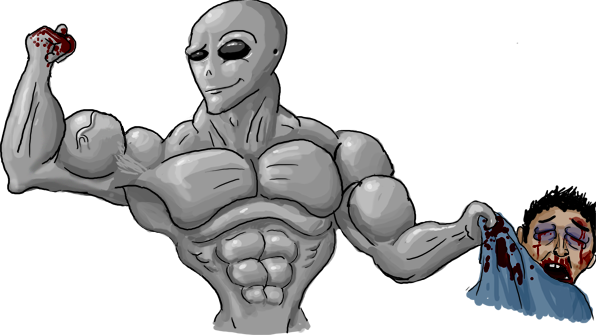 No way. They will genetically engineered and have bionic muscles. Not only that, but as soon as you challenge them they will go back in time or into an alternate dimension and work out 8 hours a day for 10 years then come back into the exact same spot as when they left. So from your prospective they will become instantly buff as heck! then the will beat you up real bad!

Aliens (grey) are the most advanced beings in the universe. I really doubt a fat neckbeard would last more than a minute against one.

The fatter the better, actually. Greys are renowned for their fighting skills, but they have very low body mass. A fat neckbeard would have crucial ballast.

) art of Judo, so i think i'd stand a fair chance. If I get in the first strike, no one can stop me.

Ive known judo to be one of the most effective fighting systems against most aliens, as they are unaware of the points system and often make rookie mistakes

remember that you are just as "alien" to it as it is to you. like i bet you could throw a karate chop and shout HI-YA!!! and the alien would just be like, WTF..?

it might turn out to be one of those kinds of aliens where you fight a few of the little ones and you go, is that all you got? and then theres a big shadow behind you and you just go 'uh oh'..... 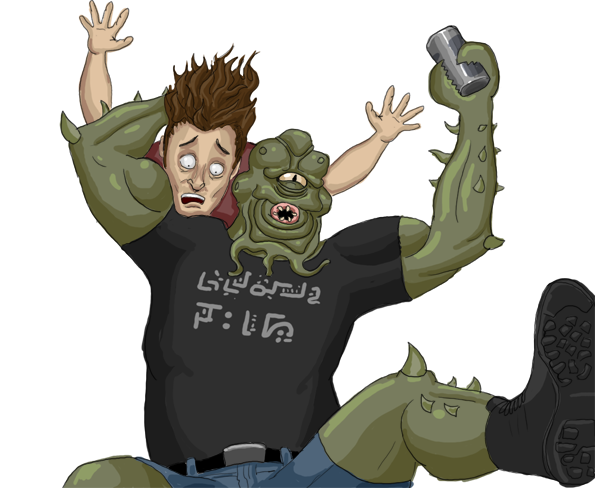