There have been some recent rumors that Kim Jong-Il, beloved leader of North Korea, is dead. Obviously this is not possible, since Kim Jung-Il is immortal and invincible. To prove this beyond the shadow of a doubt, the Something Awful Forum Goons uncovered these 100% real photographs of Kim Jong-Il, who is so great and pervasive that he touches nearly every corner of time and space.

Hark! That swarthy bandit noggut set this theme into motion with the following gambit. 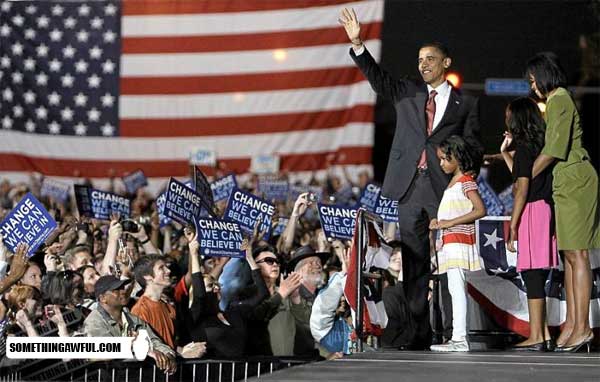 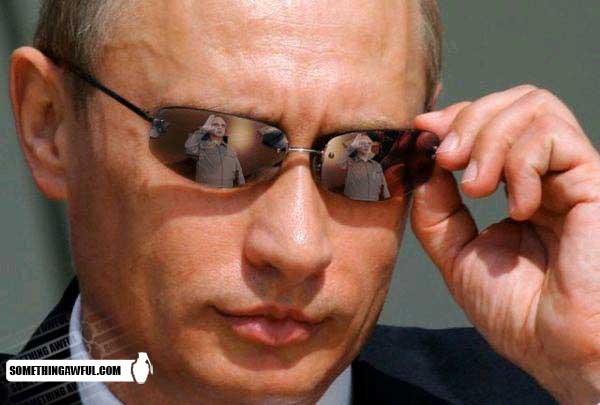 MutantBlue captured this picture while exploring a fabulous alternate reality. 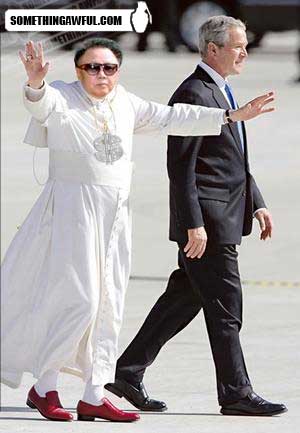 M for Mushroom has no qualms rewriting history. 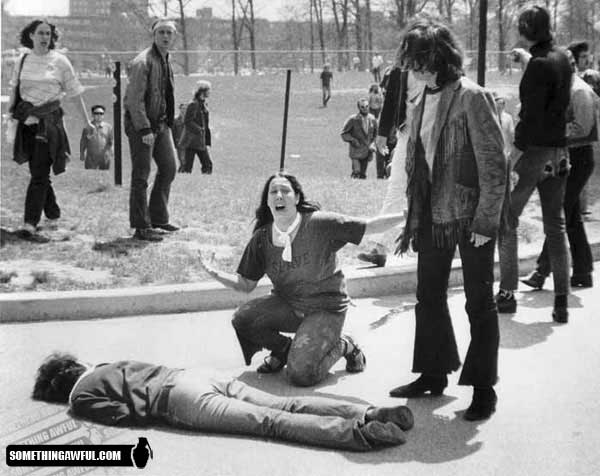