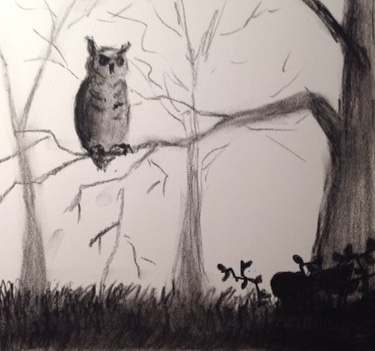 Rabbit takes a mighty leap and lands on the far shore of the stream, scampering quickly to the safety of a patch of brambles on the other side. Little Bird's song continues faintly in the distance as Rabbit's heart races, something is flying toward him through trees.

Old Owl alights on a branch above and glares into the briars at Rabbit then perks his head as Little Bird's song reaches him. 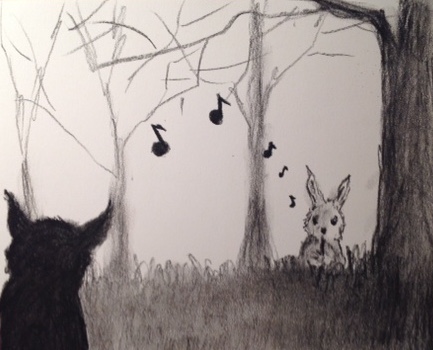 Rabbit steps from his hiding place and begins to play the recorder, his notes float through the trees and reach Old Owl who beings to dance before flying about in joy. He lands on the forest floor and sings to Rabbit, thanking him for his song and promising not to eat him today. 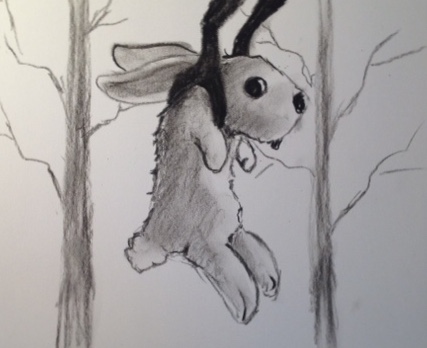 Rabbit plays another song for Old Owl, one about his friend Little Bird and Rabbit's journey to the mountain's peak. Old Owl sings again to Rabbit, thanking him for the tune and then gently picking him up in his talons, the two soar through the forest following Little Bird's notes.

At the edge of the wood Old Owl leaves them, nodding goodbye then flying silently back into the trees. Rabbit and Little Bird rejoice at their reunion and Rabbit takes a few moments to rest and nibble on some of his provisions. The base of the mountain lies ahead, it's peak stretching high into the sky and disappearing into the clouds. 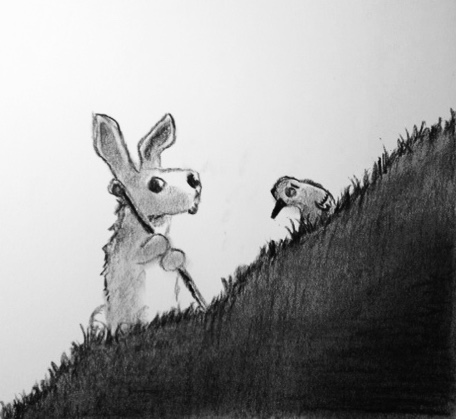 Rabbit climbs for most of the day, the air getting thinner and colder as he goes. After several hours Little Bird stops and mournfully sings about the cold, letting Rabbit know that this is where he must leave him and return to the forest. Little Bird thanks Rabbit for letting him come this far and wishes him luck on the remainder of his journey, the two stand on the mountainside together for a few moments and appreciate each others company while the frigid mountain winds blow over them. 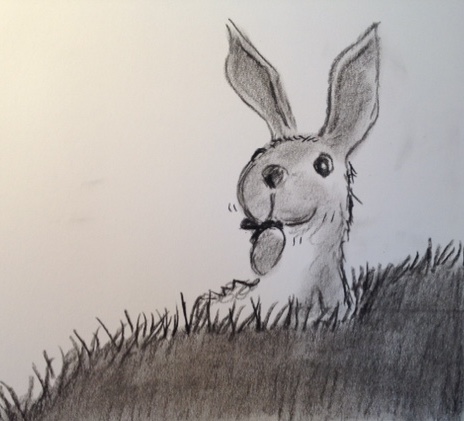 Rabbit plays a tune for Little Bird and the two embrace before saying their goodbyes, promising to meet again when Rabbit returns from the mountain. Now alone Rabbit sits back in the grass and munches on some of the clover and reed roots he'd packed away and admires the view around him. The forest, the streams and rivers and lakes and the meadow he grew up in and land he'd never seen before his climb. A feeling of peace and serenity washes over Rabbit as he rests, knowing the final leg of his journey lies just ahead. 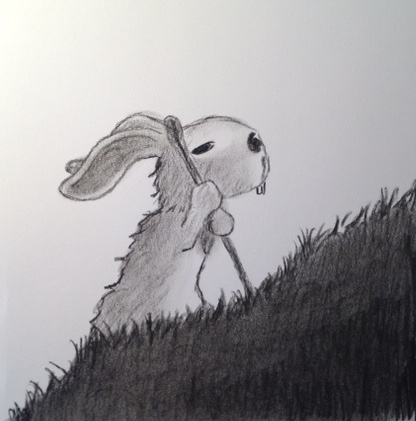 Rabbit climbs onward, growing cold and weary with each step. Just as he begins to doubt that he can make it he sees the outline of a tree ahead, the peak now just within view. As Rabbit draws near he sees a familiar form sitting beneath the tree, lost in meditation. A warmth rushes into his heart. 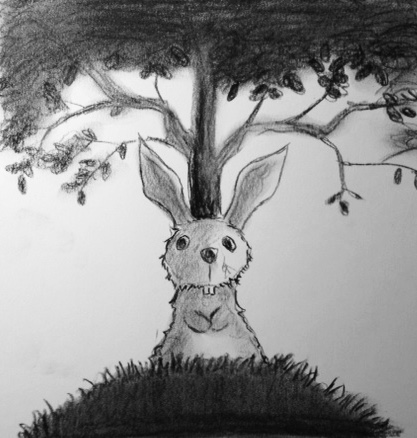 Rabbit awakes beneath the mountaintop tree having finally found his way. Beneath him the land stretches out in all directions, the world lies before him. He breathes in the cool mountain air and reflects on what he has learned, from where he came and those that helped him find himself. Rabbit sits peacefully in the grass, content, no longer lost or lonely.