nibble clover (but not before checking for 4+ leafers, those don't get eaten) and take a nap 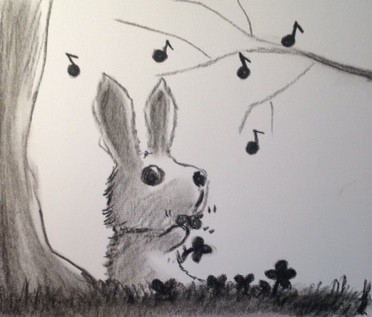 Rabbit sits beneath a tree and nibbles on some clover, making sure to pack some away for later and finding a single four leaf clover amongst the patch. Rabbit feels energized.

ask the bird about the owl

Rabbit gestures to Little Bird questioningly about the owl. Little Bird grows nervous and sings a song of Old Owl who prowls the forest looking for prey, descending upon little creatures who stray from home or fall asleep too early. Rabbit grows nervous about taking a nap here.

Need to keep that quad safe, let's see if we can secure it to our flute.

I think rabbit should head to the mountaintop and see if little bird would like to come but does anyone think rabbit needs any other equipment/friends to make the journey? water, yes, that's a good idea maybe some friends to be found there 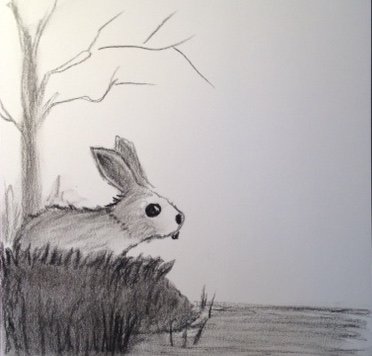 Rabbit fastens the four leaf clover to the recorder with a bit of root then follows Little Bird and the notes. After some time the two find a stream flowing through the trees. Little Bird sings about the fresh clear water and takes a drink before flying over to the other side to scout ahead. Rabbit lies by the water, taking a drink and clearing his head, wondering if he has all he needs to make the dangerous climb up the mountain. Rabbit feels refreshed but pensive. 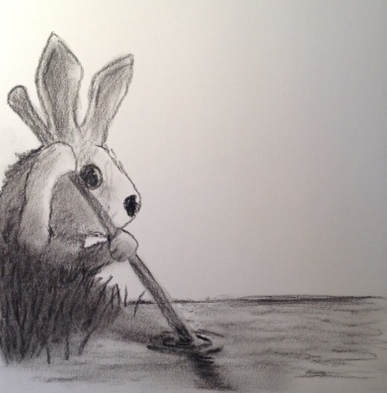 Rabbit searches by the stream's edge and finds a maple stick, then spends some time gnawing it into a suitable staff. After washing his paw pads in the cool water he pulls up some of the reeds and tastes their nutritious roots, storing some away with the clover to increase his provisions. Rabbit feels content.

Little Bird has still not returned yet so Rabbit spends some time poking into the water hoping to find a friendly fish and gauge the water's depth. He spies something shiny on the stream's shallow bottom but it quickly becomes obscured as his maple staff stirs up the sediment. 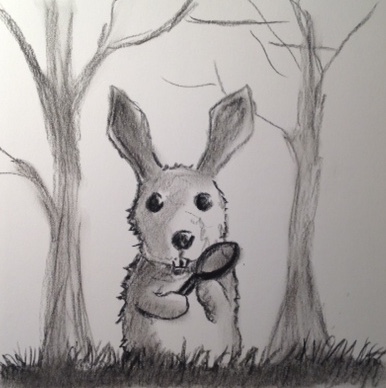 Rabbit waits for the water to settle then carefully swishes around some of the tasty roots, somewhat sad that no fish come to greet him. While holding some vines with one paw he reaches in with his other and manages to grab hold of the shiny object, pulling it up to the surface where he cleans it off to reveal an old magnifying glass.

Rabbit plays the recorder in hopes that Little Bird will answer back but no echo of his tune returns to him. Rabbit grows fearful that Little Bird may have gotten into trouble. He is somewhat sure that he could ford the river if necessary as it does not run to deep or flow to fast. 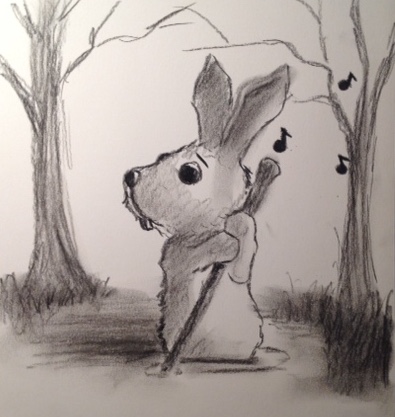 Rabbit looks around to see if he can make some sort of raft to cross the stream, the cold water making him think of the chilly mountain climb that lies ahead and thoughts of whether Little Bird might need something warm too. From across the water Little Bird's tune faintly sounds so Rabbit pushes ahead and fords the stream, his maple staff helping him make his way.

From behind him Old Owl's screeches echo through the trees, sending panic into Rabbit's heart.