Sword of the Bastard Elf: The Adventure Ends!

Continuing from where we left off: 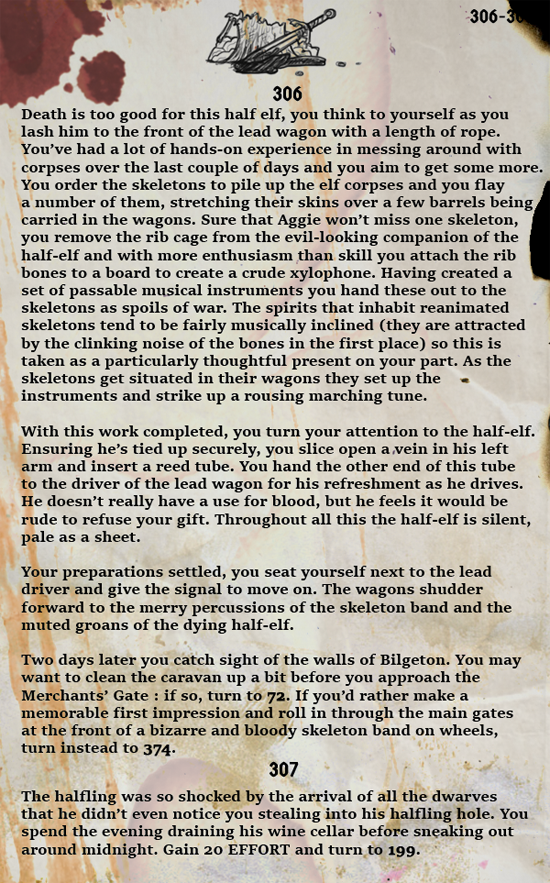 We go with 374, which is entirely in character. No matter how punishing this book can be, if you don't act like the Bastard Elf you get punished a lot worse. 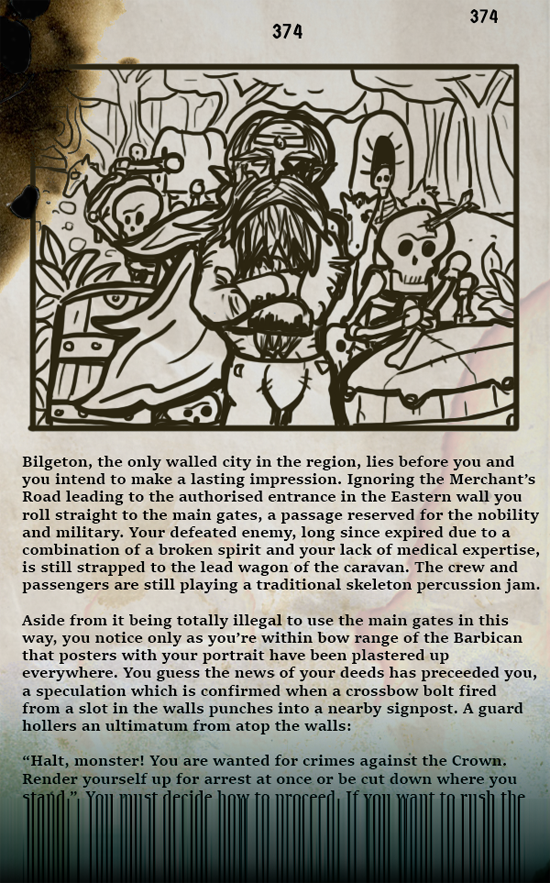 We're faced with another choice... and a damned broken scanner.

1. Explain that it obviously was your evil hairless twin that had caused all the mischief and that you're there to bring him to justice.
2. CHAAAAAAAAAAAAAARGE!!!!

Yeah, I vote we make the case that we are, in fact, bringing the body of the actual culprit back for a reward.

"Sorry all half-elves look the same to you, Mr. Guardsman, but that's clearly not me in the poster" *strokes beard*

While we're picking up our reward from the mayor, we can casually mention that the prisoner said something about being a member of an elven terrorist organization run by some guy called Jeff.

We decided to bullshit our way past the guard, blaming everything on bloody Jeff. 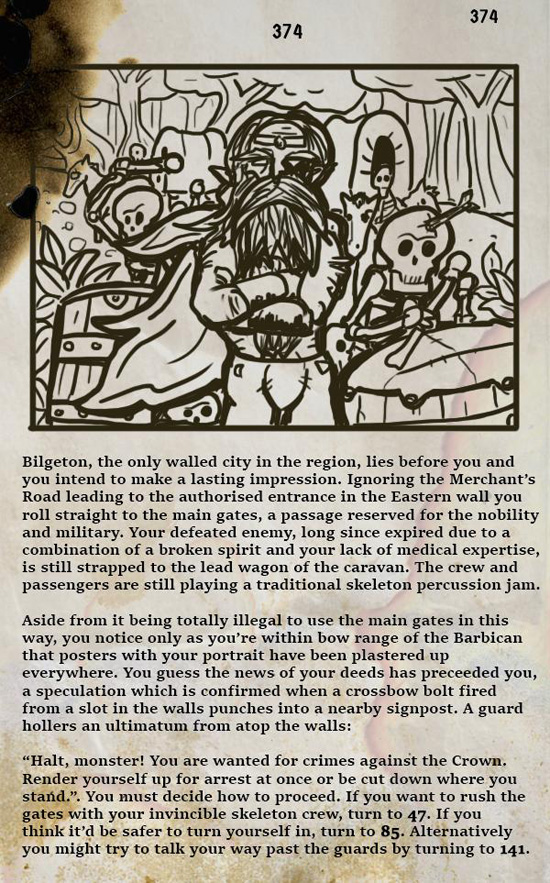 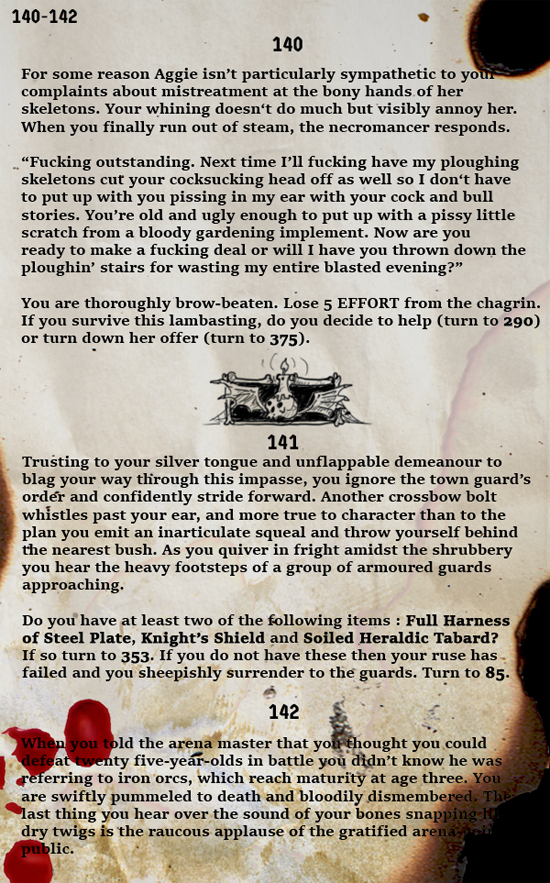 We have two of those items (the shield and the armour), so we can turn to 353: 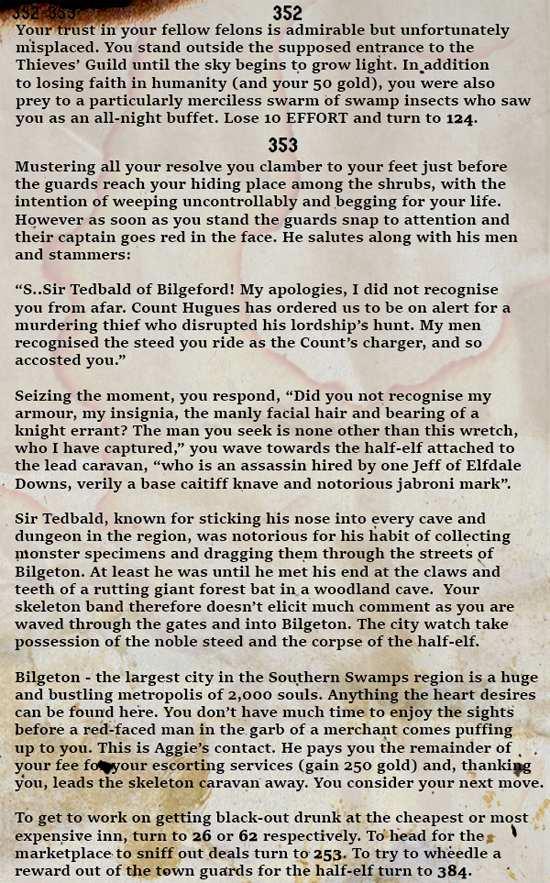 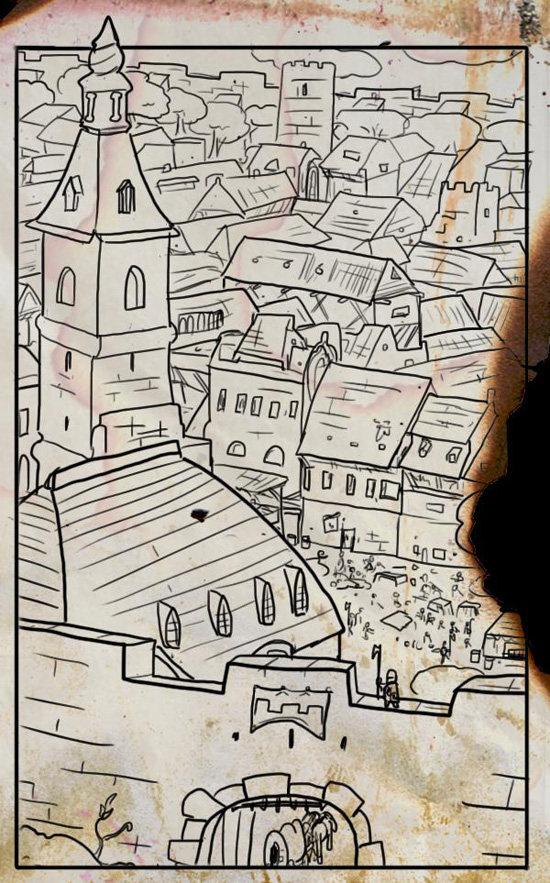