Video Games According to Grandma

Friday, May 26, 2006 by Josh "Livestock" Boruff (@Livestock)
Like many of you, I fondly recollect playing Nintendo at my grandparent's house and witnessing their charming ignorance of modern video gaming, which at that time consisted of crude sprites hitting each other in the face with fireballs. Not only did they lack a basic understanding of the game systems, but they also failed to comprehend the subtle nuances that made video games so exciting and superior to all other physical and intellectual pursuits. This week we relive some of that wonder with the help of the Something Awful Forum Goons. Sit back, relax, and take a look at video games, old and new, through Grandma's super-thick goggles.

Shab got things started with a malocclusion joke, a clear indication of his sharp talent and tremendous knowledge. 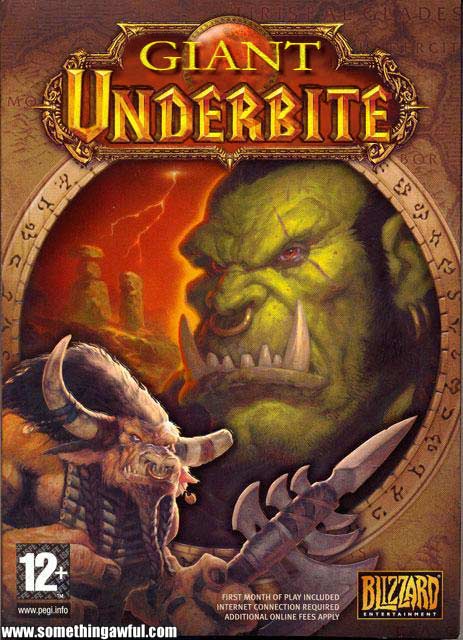 secret dark man made this and then went and punched several holes in door out of frustration, damaging two rare wall scrolls. 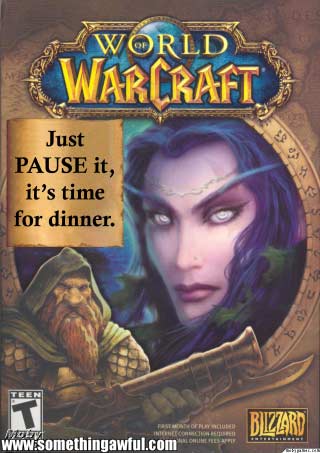 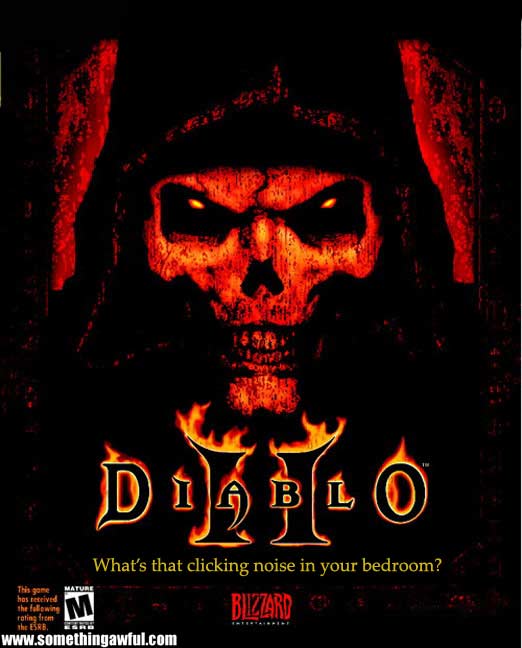 Clam Salesman is just out to get his commission and doesn't care about customers. 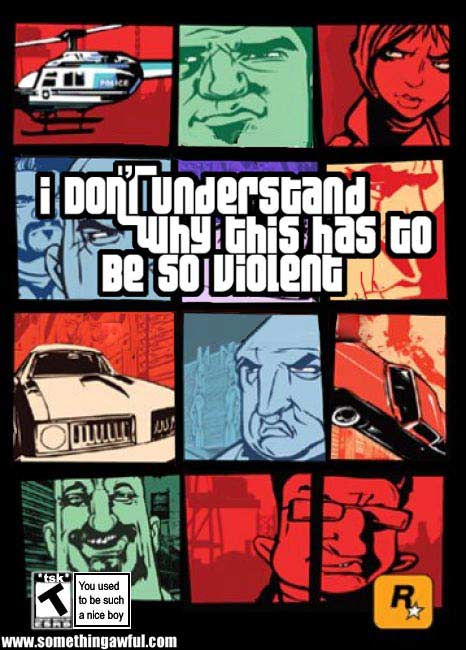 Long Francesco cryogenically preserved this image until now, when science found a way to revive it. 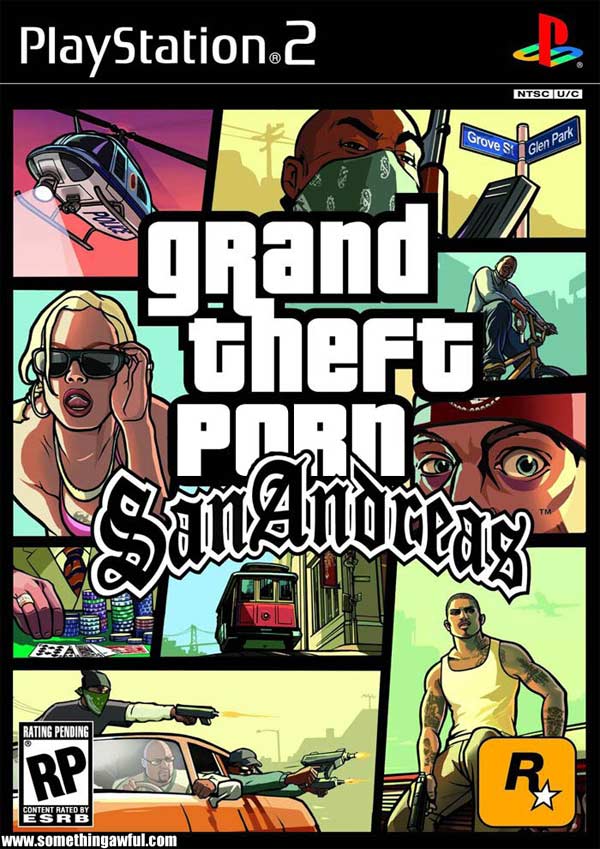