Friday, Apr 28, 2006 by Josh "Livestock" Boruff (@Livestock)
It is a sad fact of life that modern culture is rapidly declining in intelligence. Complexity and challenging ideas are becoming ever more elusive as people rush to embrace simplistic concepts and cheap entertainment. This week the Something Awful Forum Goons decided to further erode a big heaping stew of movies, simplifying things for the main characters in an attempt to avert unnecessary conflict.

Because this week deals with a lot of scenes from movies, being a film buff will help things. If you are not a film buff, I recommend you go out and rent a video store and then come back.

Bang Bang Bart got things started by pulling this out of his metaphorical hat. 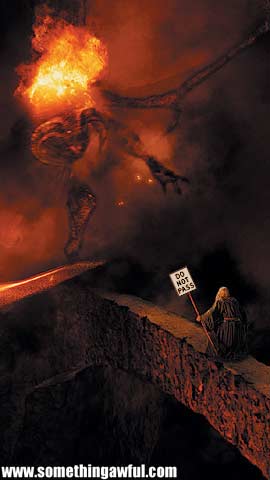 beato prefers Cadillac pimping to all other forms of transportation. 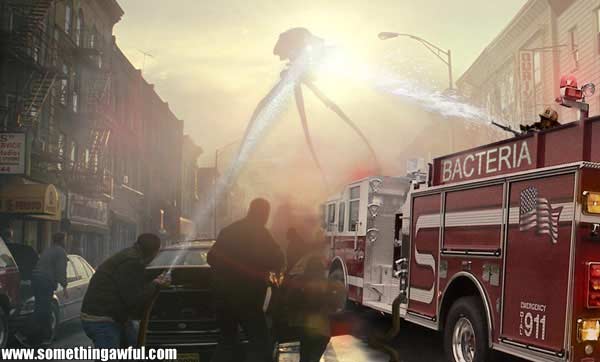 CharlesDubious smells something burning and better get out of the house right now!!!! 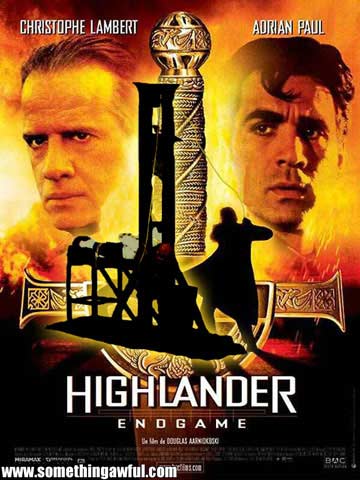 dirtysoundfx is outraged by the rising cost of wheat and the wheat industry's greed. 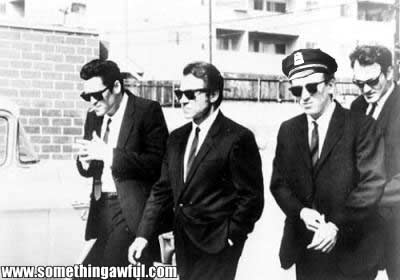