Jim drew the side of the blade across her face. It was a cliché thing to do, but it felt right somehow. He caught his reflection in the polished metal. The man who stared back was filthy and wild-eyed. Had he really gone so far? Could he really bring himself to do this? A shudder overtook his body. Before he knew what was happening the girl gasped. The blade stuck through each of her cheeks, puncturing her head horizontally like a crude shish kabob stick. Her mouth was stuck wide open but she couldn't talk. Jim thought the look was fitting. 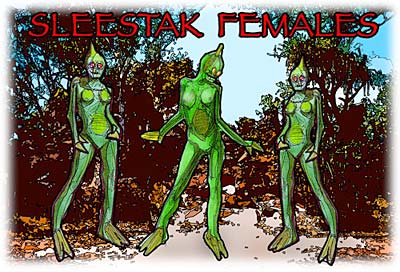 The next few hours were the most cathartic Jim had ever experienced. He started with her fingers, cutting them off one-by-one and feeding them to her through each of her three mouth-holes. Next came the toes, which he threw about the camp in a crude circle, an action his feverish mind likened to spreading salt to scare away evil spirits. Then came the hands and the feet. His experience as a head coach gave him some medical knowledge. He used it to keep her alive. Only when he cut her forearms off at the elbow did shock finally overtake her consciousness.

But Jim wasn't done. She wasn't dead. In a fit of perverted inspiration (reserved, as he thought for true renaissance men), he stuck the knife through the soft spot in her jaw, forcing her to directly face the glaring sun. He stuck small twigs through her eyelids, effectively keeping her from shutting them. Then he took the glasses – those bastard, Coke-bottle things, capable of amplifying every sideways look to maddening proportions – and placed them backwards over those same big, blue peepers. It didn't take long for them to start smoking. When the flames spread from her ocular holes and emerged from her mouth and nostrils like an innard furnace, he knew his work was done.

It didn't take long for the Sleestacks to corner him after that. It was easier to die like that than face the pain Porter would undoubtedly feel and then distribute unto Jim himself. Their plan was methodical: Shung leapt from a tree and clubbed him before he could react. When he didn't go down (and, in fact, jammed his knife in the mutant's boil-covered face), Keeg and Nim tackled him, beating him with scaly fists until the world turned gray and the only sound he could hear was the throbbing in his face.

Only when the creatures brought him to their hidden cave did Jim know terror. They dropped him, bound and masked, on a stone column. He felt hands – human hands – on his face. He opened his eye as much as he could. The light blurred, cleared around him, and he could see.

Tom Porter stood in front of him. And he was smiling.

“Some Tyrannosaurus / Could be hungry for us,” the survivalist sang, and Jim knew he was in for a long night.

We Have A Winner! 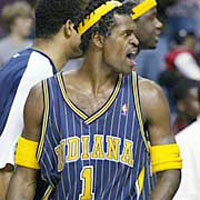 As some of you may remember, a few weeks ago we made a solemn plea to any and all NBA athletes. Our request was modest. In short, we wanted someone to hit Adam Morrison in the jaw as hard as they could. In return for the grace and good nature it would take to bust that cocky little quasi-commie in his velvet-lined jaw, we offered a luxurious grand prize of one (1) Best Buy gift card.

In the beginning the results were disparaging at best. Readers alerted us to several run-of-the-mill fouls on everyone's favorite Neckless Hero, but none of them were deserving of the grand prize. Then it happened. On Dec. 30 2006, only five days after Christmas, Stephen Jackson delivered the best belated gift he could muster: a hard shot to Mr. Morrison's jaw under the pretext of “fighting for a rebound”. We were elated. PW writer Evan “Pantsfish” Wade reportedly pumped his fist in the air and shouted “whoo hooo”, then excitedly explained the situation to his roommates, who, being two dogs and a girl, acted like they cared long enough for him to shuffle back to his computer and brag about it on the Internet. The life of an online humor writer is truly an enviable thing.

Pregame Wrapup is proud to report they sent the gift card, valued at $25, to Stephen Jackson care of the Pacers organization last week. They also sent him a congratulatory letter, which you can read below:

Congratulations! You might not know who we are but after the Charlotte game we certainly know you. The writers of Pregame Wrapup, a sports column hosted at www.somethingawful.com, would like to offer our sincere gratitude for giving us the best Christmas gift we've ever received, namely, the pleasure of watching you smack Adam Morrison upside the head.

We do not know why you decided to hit Adam. Maybe he talked too much about communism even though you yourself are a staunch democratic socialist. Maybe he insulted Indiana, a state you represent and defend 24 hours a day, especially at 3 a.m. in downtown Indianapolis during the offseason. Maybe he was playing dirty and you saw an opportunity to clobber him while you fought over that rebound. Tell you what: Seeing you guys hustle for a defensive rebound was like watching two nuns mud-wrestle for the company of a male stripper! Ha-ha! If you couldn't tell we here at Pregame Wrapup are in the “funny business” (we even have a picture of a dog on a skateboard in our meeting room). Believe us when we say seeing you nail Mr. Morrison like that gave us all a smile we could take to the bank. The funny bank!

Fear not, Mr. Jackson. Our bank may be a laff riot but it doesn't deal in funny money. This is why we're proud to present you with your very own $25 Best Buy gift certificate. No, no, don't think the gift is too extravagant. You truly earned it with that elbow, which we only hope you'll plate in gold and will to us when it's time for you to go on to that big basketball court in the sky. We need something to put on our mantle beside that picture of a dog on a skateboard! What will you buy with your newfound riches? A Game Boy Advance game? Twenty-five copies of The New Radicals' self-titled album? Five $5 Best Buy gift cards? The choice is yours, Mr. Jackson. We are simply here to congratulate you for doing something we have all wanted to do (and something Mr. Morrison's father should have done with a white-hot coathanger before his son was ever born).

Sadly, our time has come to a close. Would would like to thank you and offer congratulations one last time, however. Not every day does someone give a hard foul to that pompous little beaver-pelt-for-a-face, and we think that's a shame. Maybe the next time Adam sees you he will back off. This is your cue to hit him harder. Pretty much anything Adam Morrion does is a cue to hit him harder, up to and including screaming the phrase “stop hitting me” through a veil of tears and blood.

Congratulations, Stephen Jackson! Pregame Wrapup officially remits everything bad they've ever said about you. Except for that part about you shooting too many three pointers and having a temper that makes most alcoholic stepfathers look like alcoholic priests. And not being a good team player. And ruining your team's reputation by pistol-whipping crippled people at three in the morning in strip club parking lots. Oh, and never passing the ball. Or rebounding for that matter. You're a hell of a guy, Steve. Don't let that (Indianapolis Star columnist) Bob Kravitz get you down. He just hates black people.

We are pleased to announce that “Armchair Athletes” is almost done with its NFL work. Next week we'll have something about the Super Bowl; until then enjoy these whopping FOUR predictions! Ain't life grand?

Indianapolis Colts 13, Baltimore Ravens 17: “Peyton... Peyton. Hey Peyton. PEYTON. Peyton, I swear to god... Peyton. Peyton Manning, you stop that right this instant. DON'T YOU DARE EAT THOSE ROCKS, PEYTON. I don't care if they look like candy, they're not. Peyton, don't you... Peyton... ah, shit. Anyone know the Heimlich Maneuver? TAKE YOUR HANDS OFF THAT FOOTBALL, PEYTON MANNING, OR I SWEAR TO CHRIST I WILL STOP THESE PLAYOFFS IN THE SECOND ROUND LIKE I DO EVERY YEAR.”

Philadelphia Eagles 20, New Orleans Saints 28: I hope the second the Saints win the Super Bowl New Orleans gets crushed by a firey boulder. Not because I hate the Saints or anything. I just don't want the republicans to get re-elected.

Seattle Seahawks 3, Chicago Bears 20: Rex Grossman will gladly defer to his kicker late in the game as long as the kicker tells him his head isn't shaped like a rotten, paint-filled potato. You win more flies with honey than misguided attempts to run the score up for no reason! Especially if your quarterback's an overrated dillweed. I mean, not like Tony Romo or anything. A real, unproven, overconfident, undertalented dillweed. Not saying Grossman or Romo are like that (you know, overrated dillweeds), but if they were maybe they could use that lesson.

New England Patriots 21, San Diego Chargers 14: I am a Colts fan so I have reason to hate both of these teams. Can playoff games end in a draw? What if some dashing young sportswriter replaced every stick of gum in the Charger's stadium with C4 and detonated it all at halftime? Could the Colts just be Super Bowl champions then? Please? NOTE TO THE FBI: This was a joke, so if every head in LA simultaneously explodes don't look my way. I don't have money for legal fees, let alone all that C4. If I were going to blow up a sporting event it would be with all the fertilizer in my shed. That was a joke too. Maybe.