This year's greatest achievement in groundbreaking RPG design and creative, absorbing storytelling is here! Unfortunately, the embargo on Pillars of Eternity coverage won't be lifted until Thursday. My writeup will have to wait until the next installment of VGA. 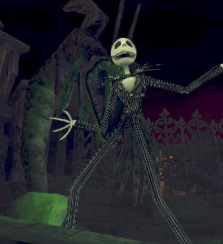 In the meantime, Bloodborne came out. It's pretty good too. With the day one patch, From Software hopes to make the game even better. Here are the documented changes:

Cities: Skylines
EA told us that a modern city building simulator was only possible with cloud computing and brain dead AI that didn't actually simulate anything, so I can only assume this game is the result of a pact with Satan or a rogue Sim City advisor. 8/10

Battlefield: Hardline
This Battlefield modding team has committed a felony by attempting to benefit from police militarization+brutality while meekly sidestepping any real exploration of those concepts, and now a law enforcement drone tank is on its way to blast them all to hell. 4/10

Bloodborne
I thought I'd have a tough time going back to 30fps after Dark Souls 2, but it turns out the framerate is somewhat alleviated by the fact that this is the best game on modern consoles. 9/10

Mario Party 10
If at first you don't succeed, try nine more times and on the tenth attempt throw in an Amiibo. 6/10