Every game released for the Xbox 360 must contain a total of 1000 Gamerpoints, which are awarded to a player's profile for achieving any number of goals in a game. Some games go above and beyond, awarding a secret bonus set of points for accomplishing hidden tasks which are nearly impossible to pull off for all but the most hardcore gamers.

Below are the hidden achievements we've uncovered for some of the system's most recent releases. Give them a try, and soon you might have enough Gamerpoints to become the undisputed king of useless rewards!

250 Gamerpoints - Play three games on Live without hearing someone ignore a screaming baby in the background, a twelve year old kid cursing to seem mature, or a single instance of the words "faggot" and "nigger".

200 Gamerpoints - Beat the entire game by entering the warehouse that contains the titular gears in the first level, then bringing them to a halt with a well-placed wrench.

150 Gamerpoints - Defeat General Raam in the mini-golf Hole In One Challenge. 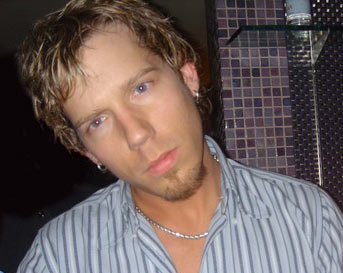 And now you're out 150 Gamerpoints.150 Gamerpoints - Go through the week following the game's release without seeing Cliffy B.'s mug.

100 Gamerpoints - Dye your hair black, make a Livejournal icon of your face at a funny angle with "destroyed beauty" over one corner in a flowery/gothic font.

250 Gamerpoints - Refrain from destroying every single wall, barrel and computer console you come across.

250 Gamerpoints - Figure out what Spider-Man's weblines stick to when he shoots them straight up outdoors.

250 Gamerpoints - Beat the hidden German level "We Didn't Cross The Polish Border, The Border Crossed Us"

250 Gamerpoints - Moments before being fatally wounded, show a squadmate a photograph of your sweetheart and tell him your hopes and dreams for once this crazy war is over.

200 Gamerpoints - When face-to-face with a German, calmly hand him your wallet and put your hands up, explaining that you don't want to cause a scene.

100 Gamerpoints - Defeat Hitler inside his mech suit without using grenades.

Tony Hawk's Project 8
The series finally gets back to its roots and ditches the silly 30 million point combos, emphasizing a more realistic approach to skateboarding on powerlines in someone's backyard in order to get on a professional skate team run by Tony Hawk.

Genji: Days Of The Blade
Beautiful, but my combat experience with Chop Chop Master Onion was more in depth and fun.

Gears Of War
In the alien infested future, soldiers with chainsaws on their guns will outlive those who choose to mount belt sanders and stud finders to their weapons.

Marvel: Ultimate Alliance
The world's greatest superheroes square off against some of the Marvel universe's goofiest minor villains, so they limit themselves to a four man group to keep things relatively fair.

Phantasy Star Universe
It's like Phantasy Star Online on the Dreamcast, only six years later and not worth the monthly charge.

Call Of Duty 3
Sure you've seen it all a thousand times by now, but this time around you're playing as -get this- totally different soldiers than before!

F.E.A.R.
Small creepy girls with hair hanging over their faces are almost as original as guns in first person shooters or "new" Xbox 360 games that were already released on other platforms long ago, but it's still fun stuff.

Need For Speed Carbon
Apparently racing and drifting are only done at night, due to the optimal visibility that the pitch black provides.

Neverwinter Nights 2
This time around they included a compelling and fun single player mode, which apparently required the addition of a horrible interface and the world's most awkward and annoying camera setup.

Dark Messiah Of Might And Magic
Unfortunately, you cannot stab glitches and disappointment in the face then kick them into a wall of spikes.

Space Empires V
Unfortunately, you cannot strategically defeat game-crippling bugs, no matter how far along in the tech tree your research brings you.

El Matador
Matadors deftly sidestep injury, yet in this game enemies can shoot you from a mile away through a wall no matter how gaudy your outfit is.

Reservoir Dogs
Making a Reservoir Dogs game that focuses entirely on action (poorly implemented action, at that) is akin to making a Million Dollar Baby game that's modelled after Mike Tyson's Punch Out.

Guild Wars Nightfall
On the one hand these senseless guild wars have consumed yet another continent, but on the other hand they're really fun.

ATV Offroad Fury V
Experience the fury of riding a large Power Wheel on dirt tracks because society is so oppressive that they won't let you ride on paved roads.

.hack//G.U. vol. 1//Rebirth
Some people think this is a re-release of the first .hack game instead of the first chapter in a new series, but they're actually not too far off.

Shin Megami Tensai: Devil Summoner
You know your series is pushing it when you release like twenty games in the time between the release of FFX and FFXII.

Family Guy
Remember that time when *begin flashback* you put this game in your PS2?

Dungeon Siege: Throne Of Agony
If you decide to play this on the crapper, you will bring the game's title to life.

Grand Theft Auto: Vice City Stories
At this point they're just milking the franchise, but the milk's not half bad.

Death Jr. II: Root Of Evil
Nice try guys, now instead of taking Grim Fandango's character designs and running them through an Invader Zim filter, I guess you're off to try the same thing with Full Throttle to make Hell's Lil' Angels.

Killzone: Liberation
This third-person shooter is so good that the developers can almost be forgiven for trying to trick everyone with that "this is seriously what the gameplay will look like, really!" PS3 Killzone video.

Power Stone Collection
Sit through an aggravating load time, then take out your frustration on your opponents - the perfect fighting game structure!

Elite Beat Agents
If you want to save the world through dance but keep failing the Marine Corps' cha-cha exam, this is the game for you.

Magical Starsign
A solid and bizarre little rpg, though it has way more pink than anyone has seen since Pink's gynecologist that time he had pink eye.

Nacho Libre
While nearly every aspect of the game may be a horrible failure, Nacho Libre should be commended for the outstanding technical achievement of being every bit as annoying as Jack Black himself.