Witcher 3 Tips, Which Windows 10 Edition Is Best For Games? 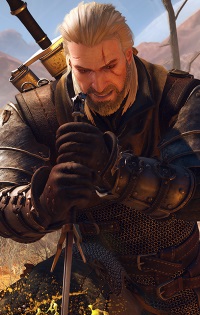 Here's the surprising thing about Witcher 3: It's sort of big.

We managed to get Witcher 3 review code a few days before release, but we're still nowhere near done. This means our big stupid review will have to wait until next time.

In the meantime, my expert analysis of the game has uncovered a handful of pro tips that will make your Witchering much easier.

GREAT TIP: If you die, navigate to a save file and choose to load it. Voila! Now you're back in the game. This is known as Witcher magic, an innovative feature unique to the series.

EVEN BETTER TIP: Do not turn off the system if you want to keep playing. When the power is off you can't play the game, because it is not cloud computing enabled.

EXCLUSIVE WORLD PREMIERE TIP: Hold the controller so that the top is facing towards the tv and your thumbs are on the sticks. If you're using a keyboard and mouse, make sure they are turned upside down.

TIP SPONSORED BY DORITOS MAX URGE FLAVOR BLAST: If Geralt's voice isn't tough enough for your tastes, you can gargle a handful of fish tank gravel while he's speaking to double the effect. Obtain currency.

POSSIBLY TOO GOOD TIP: Trust every word that comes out of every character's mouth. When given a decision, always choose the very obvious good thing.

JUST AN AVERAGE TIP: You can give Geralt a shave and haircut. I haven't been able to pull it off yet, but just stand in a field and spin around while swinging your sword real fast. Eventually it should happen.

Which Windows 10 Version Is Best For Gaming? 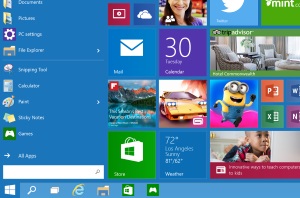 Last week Microsoft finally unveiled the exciting, not at all overwhelming range of Windows 10 editions customers will be able to choose from:

So if you primarily use Windows as a platform to play games on, which edition of Windows 10 should you buy?

There's only one choice. Sorry, I mean there are only ten choices.

Invisible, Inc.
It's like XCOM for people who like to sneak, hack, steal, and hide in broom closets, which in my experience is everybody. 7/10

Kerbal Space Program
The only valid Early Access project is now officially out, so can we finally back away from that flaming garbage pit of cynical opportunism? 9/10

Attack on Titan: Humanity in Chains
I saw a few episodes of this anime and it was mostly people YELLING and GETTING VERY EMOTIONAL WITH NO BUILDUP so it's fitting that this is the sort of game that will MAKE YOU YELL AT YOUR 3DS. 1/10