The time has come once again for EA and their Maxis minions to unleash a new cavalcade of Sims expansions for hats and dogs and dog hats at vampire university's night clubs. Until EA programmers figure out how to sell expansions without actually releasing a game, they still have to put out a game and technically the Sims 4 is that game. It's a simulator where you can watch idiots lead lives more boring and miserable than your own, so buckle up. And then unbuckle. And then get out of the car. Because you're not going anywhere. Like Lowtax, and myself, and myself again, and Corin Tucker's Stalker have all done, it's time to spend a week in the life of the latest Sims.

Our journey begins by taking the digital clay provided by Maxis and molding it into a man. In this case, a bearded, portly gamer with a hot temper named Haggard Babifeet. 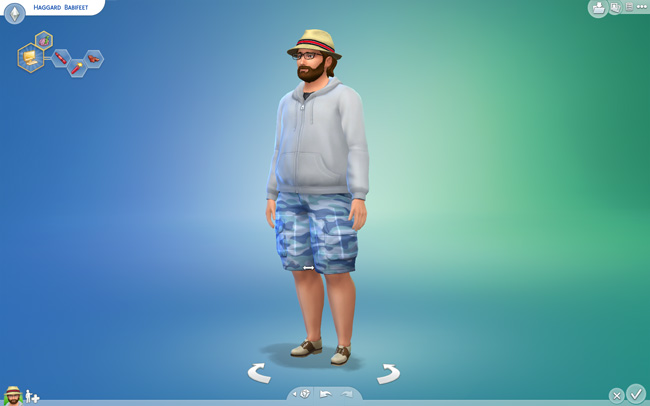 Haggard and his tiny feet arrive at the empty lot that will soon be transformed into their home. Haggard's only concern is getting his game on. Semper games, Haggard. 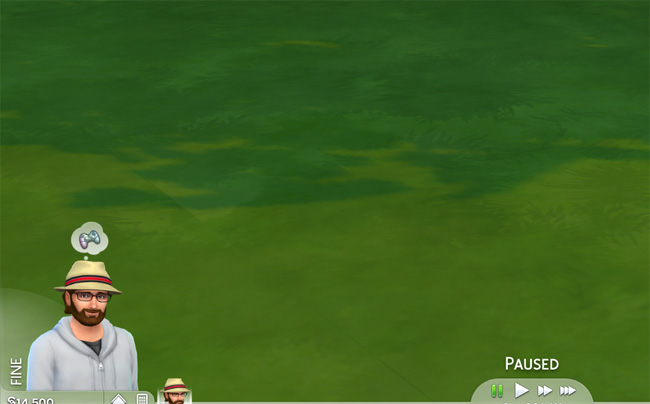 The Sims 4 allows you to drop pre-furnished rooms together to make a house which is terrible and ugly and you frequently have to add doors in weird places just to get it to work. I somehow deleted the linoleum from the kitchen and the result was that the room no longer had a roof and I could not put any floor texture down. So it's an open air kitchen. Also I might not have done the best job adding windows. No biggie, who needs windows when you have the ultimate window into the realm of entertainment? I bought the cheapest of each necessary room and spent the rest of Haggard's money on a giant TV and a boss gaming rig. 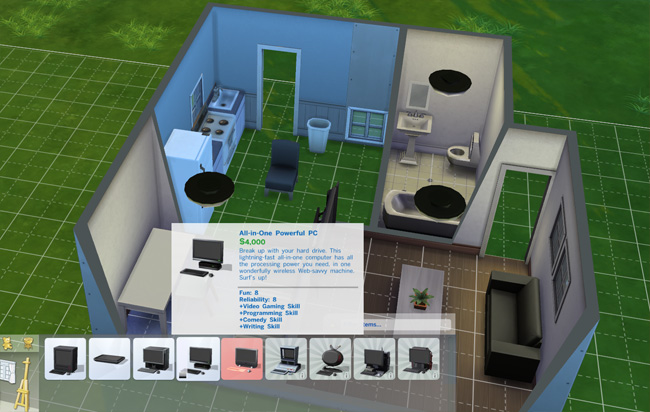 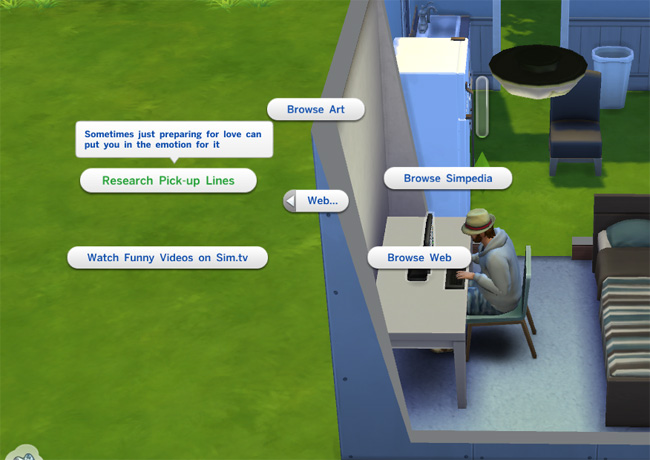