This image is the reason why Something Awful isn't as popular anymore. Hey, you earned it, Internet. 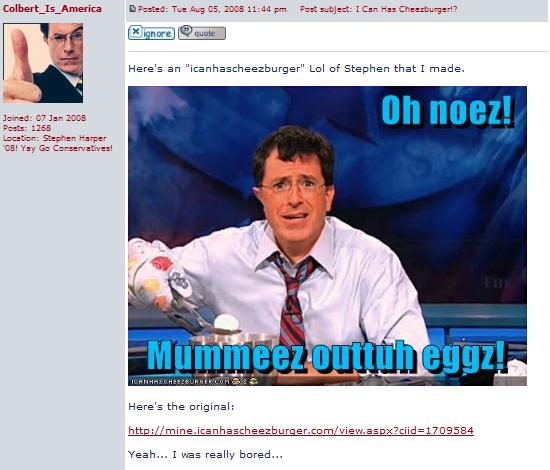 Stalker tip #43: Over-analyze every photo ever. 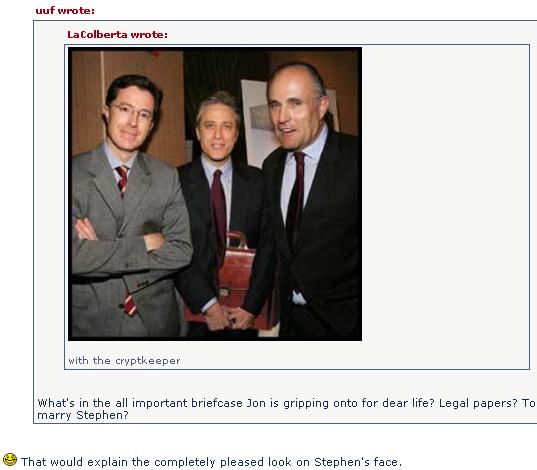 The guy is just doing the classic boner microphone bit and you have to read more into it than you should. 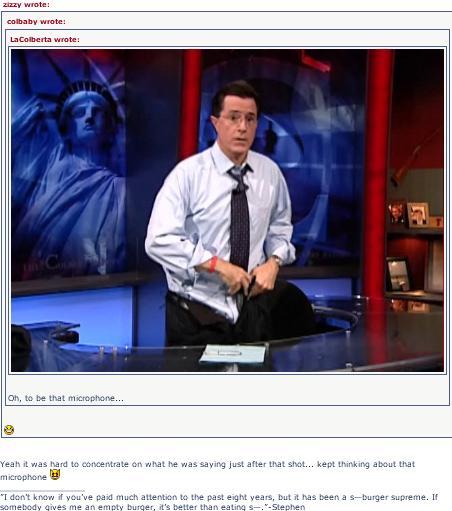 Is it me or does Jon Stewart still scream early 90s to you? It must be that MTV shit he did.

Now do the anime where Stewart rapes Colbert. 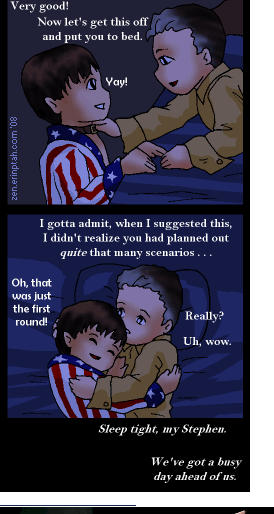 This is what happens when Comedy Central only has three watchable shows.

These shows have like eight minutes of good material and the rest is taken up with these boring interviews that Stewart desperately tries to make funny because his audience has ADD. Colbert has two interviews! How does anyone stand this shit? 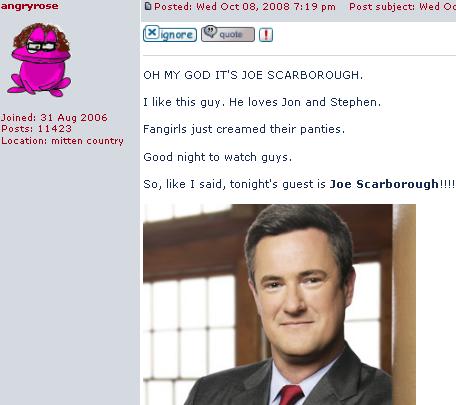 Eh, at least this anime doesn't have shitting dicknipples. 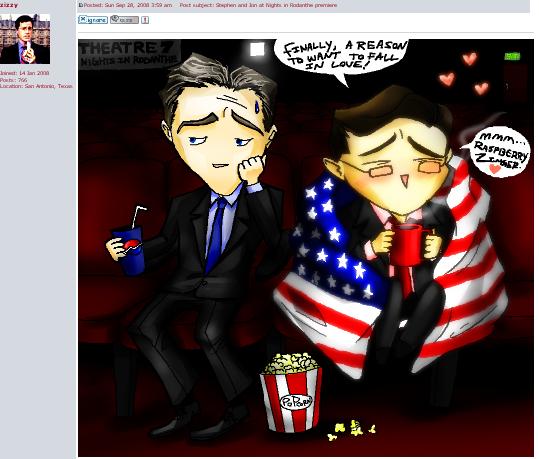