Comic Book Pop Quiz: What's Spider-Man Been Up To?

I'm going to present you with a few Spider-Man storylines. Only one of them is the real deal, an actual plot that took place in the pages of a Spider-Man comic book within the last ten years. The remaining arcs are fakes. Can you spot the genuine storyline? The answer can be found at the end of the article.

A) An excited Spider-Man runs into the street to catch a tennis ball in Excited Spider-Man issue #50. He yelps as a car collides with him, then runs him over. Surrounded by his loved ones, Spider-Man dies on a hospital bed later that evening. He comes back from the afterlife six months later when Mary Jane Watson cries real hard. 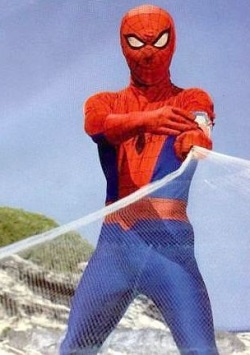 Ock's failing body dies, taking Peter Parker along with it. He is now dead as hell. Upon Peter's death, Doctor Octopus promises to be a good guy because he downloaded Peter Parker's ethics. With an octopus computer. Also, somehow Mary Jane has no clue that Peter is not Peter. She is dating (and presumably having sex with) Doctor Octopus without knowing it, and that is not presented as a big deal.

C) A bad guy fights with Spider-Man. It looks like the bad guy might win, but then Spider-Man wins.

D) Spider-Man finds out that the radioactive spider that bit him had specifically targeted him, intentionally turning him into a mystical figure representing a totemic spider god. Nearly all of Spider-Man's enemies are bound to spirit animals of their own, all natural enemies of the spider. Spider-Man takes a nap in a web cocoon and has a trippy spirit journey that gives him new powers.

E) Spider-Man's identity becomes public knowledge. It's broadcast around the world that Peter Parker is a superhero, and the Marvel universe changes forever. Well, at least until Mary Jane makes a deal with the devil (Mephisto) which makes everyone magically forget that Spider-Man's identity was ever revealed.

F) Peter Parker's beloved Aunt May is dying. He makes a deal with Mephisto to give up his marriage with Mary Jane in exchange for his aunt's life. All of his memories of their relationship are wiped away.

G) Spider-Man is eating at a fancy restaurant in full costume. He has ordered the lobster thermidor. However, he regrets his decision. What he wants now is an order of chicken fingers and curly fries. Unfortunately, it's too late to turn back. Spider-Man summons Mephisto and makes a deal: In exchange for Spider-Man's powers and all of his memories, Mephisto will alter history so that Spider-Man ordered the chicken fingers and curly fries.

H) Everyone in New York gets Spider-Man's powers. What the heck, why not? Manhattan is now called Spider Island. A group of terrorists (emboldened by their new superpowers) attacks the United Nations headquarters. Thankfully, Frog Man is on the case. He gathers the Avengers and together they take on a terrorist named Flag-Smasher.

I) When Peter Parker attempts to sell a photograph of his homemade vegetarian pizza to the Daily Bugle, editor in chief Jonah Jameson flips his shit. 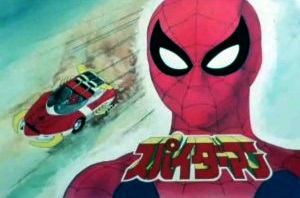 Jonah lays into Peter, screaming up a storm and biting his cigar assertively. Peter Parker dies. When sightings of Spider-Man drop, Jonah begins to wonder if there was some connection between the friendly neighborhood web slinger and his dead photographer. Peter's ghost summons an annoyed Mephisto. They strike a deal: Peter Parker will come back to life, and in exchange he will not remember having died.

J) Friendships crumble! Alliances fall! When Spider-Man buys himself a fedora, the entire Marvel universe is thrown into chaos. His closest allies try to convince him to drop the hat but their well-meaning pleas fall on deaf ears. Spider-Man has drawn a line in the sand. On one side is his fedora, and on the other side is everything else in the universe. This epic 6-month crossover event can not be missed. When the dust settles, nothing will be the same.

So, which of the above was real?

I lied. All of these were actual story arcs.