These guys don't look so sad. 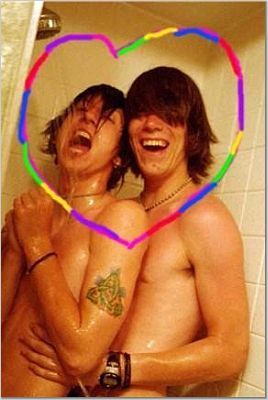 It's a beautiful day to take emo pictures in front of the community college. 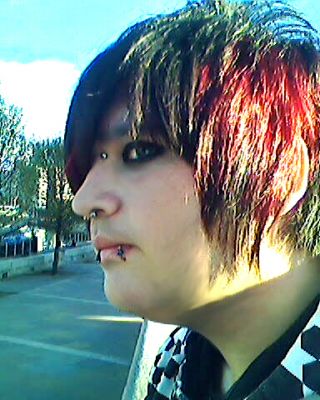 Every emo aspires to be Cousin It. 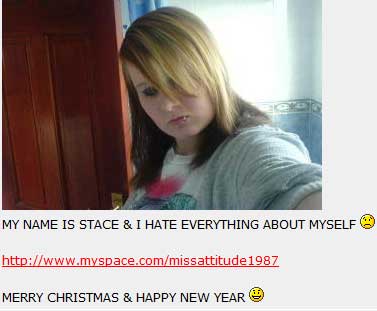 The first salvo launched in the poetry war.

She cuts herself with a razor but a tattoo she's nervous about. Oh boy.

Special thanks to Jungle Bus, Antagonist, Malorkus, Defenestration, subscreet, and MrBims. I hope they all kill themselves in true emo fashion.