I really shot myself in the foot with last year’s Mars Volta album review. In case you missed it, I made the mistake of listening to the damn thing. The post-traumatic shockwaves of extended noise passages and cockeyed guitar solos and songs called “Snyrf the Volpen Piss’t” are still ringing in my ears. The worst part, though, is that it set a precedent; whenever some high-profile nerd-rock album comes out, people expect me to listen to it.

As soon as there were grim whispers that a new Tool album was impending, I started to get all sorts of e-mails demanding that I write a review of it. And now, here it is: 10,000 Days, which could refer to just about anything. Some guesses: 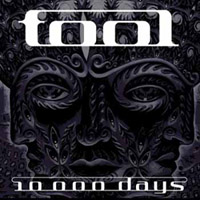 -How long the album seems (to me).

-The average age at which a male Tool fan loses his virginity, if manual stimulation by a 15-year-old girl in the back of a movie theater showing Saw II counts.

-The number of days it will take me to wade through the e-mails calling me a prick for making fun of Maynard’s mom having a stroke.

Once upon a time, I lived for the simple pleasure of not having to listen to Tool albums. Those days are over, I’m afraid. I know that if were to I let this Tool album slip by without telling my soft-headed readers why they shouldn’t be listening to it, half of them would buy it and let it corrupt their delicate brains, and the slightly smarter half would crucify me for failing in my solemn duty to protect humanity from smarty-pants prog-metal.

I’m not sure I can stomach the prospect of picking over a whole Tool album today, or ever. More importantly, I don’t think this world needs any more Tool-related discourse, since message board discussion of the hidden meaning of every last nugget of cryptic poesy and superfluous plopping noise currently accounts for 75% of the Internet’s traffic. But lo, I must comment, for it is my job. 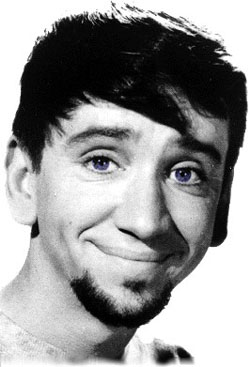 Famed singer/beatnik Maynard G. KeenanWhat can I say about 10,000 Days, really? It sounds exactly and precisely like a Tool album. They might as well have not have released it at all, because anyone who’s ever heard Tool could simply imagine what a new Tool album would sound like, and this is exactly what they’d imagine. We’ve got Maynard’s trademarked wacky frontloaded cadence that makes him sound like he’s gasping out words between pauses in getting beaten up (vi oomph cari oomph ous oomph ly oomph I…). Only in “The Pot” does he break out of his well-trod habits and surprise/embarrass us with some little-brotherly falsetto mewling. We’ve got Danny Carey’s (or is it Dana Carvey? I always mix those two up. Both are drummers, you know) inscrutable poly-molly-wooly-rhythms and tiresome bass drum wank-rolls that sound like a finger stuck in a fan (but, somehow, it’s music!).

As always, the affair is shabbily held together by the guitar work of Adam Jones, which manages to touch all the extremes of mediocrity, from the chilling abyss of conspicuous sub-mediocrity (the spit-soaked Frampton-Comes-Alive solo on “Jambi”) to the thrilling stratosphere of… defensibility. Yes, that’s about the best that could be said of him: someone somewhere might have some kind of argument in his favor. Lord knows it isn’t me. His ass is frequently saved by the workmanlike bass twiddling of What’s-His-Face, who charitably wrests the lead from Jones when the going gets too tough.

I may mention the general tunelessness of recent Tool songs, but I’ve already predicted the result: “Yeah, ‘Doctor’ Thorpe, you try coming up with a tune in a song written in 6.35/12/3 time! Tool is too complicated for tunes!” Yes, what a plebeian I am, shackled to the concept of melody, unwilling to see the genius of Tool’s usage of lofty concepts such as lengthy meandering and endless shuffling guitar scratchings. Sure, getting a good song stuck in your head is fun and humming a tune is a nice sometimes, and thank heavens we have Maynard around to test out some semi-melodic little vocal figures over the bubbling squall of bass shit, but the real future of music lies in the total death of melody. I’ll admit, after hearing “Jambi” a few times I woke up humming the sound of an old man trying to start up a recalcitrant 1962 Ford Falcon Club Wagon on an icy winter day. Chugga chugga chug.

For what it’s worth, the lyrics seem to be a bit less elliptical this time around, while still giving the trainspotting numerologist jerk-off Tool-nerd (and that accounts for 100% of Tool fans) something to chew on. First up, “Vicarious”: a Dateline Special Report on violence in the news media featuring guest commentator Maynard James Keenan. Excellent! I’ve been hoping to hear Maynard weigh in on the hottest issue of 1990. Maynard remains ambivalent! Ambivalent equals edgy! Oh Maynard, you’ve wowed me again with your no-bullshit worldview. “Jambi,” of course, is about the genie on Pee Wee’s Playhouse. That’s as much thought as I’m going to put into it, because putting thought into interpreting Tool songs is something that you people do, not me. The album’s titular track is “10,000 Days: Wings Part 2,” in which he talks about his mother’s death and that ain’t nothing to fuck with, so I’m leaving it alone (but the song sucks, yo). Rosetta Stoned manages to sneak in some of Tool’s beloved po-faced scatological humor amid a tale of some loser who does too many drugs and thinks for a split second that his life has meaning, but then it escapes his addled mind (sound familiar, Tool fans?). And so forth.

But what really fascinates me about Tool albums is the filler. While Tool has rarely been as audacious with their time-wasters as a band like The Mars Volta, they have been known to fall on the indulgent side. Their die-hard fans might claim that each and every track on the album serves its purpose and generates the distinctive “flow” of a Tool record.Yes, we can’t have too much of a tour-de-force. If every song on the album were worthwhile, the album would simply be too much, and we wouldn’t be able to concentrate. A fillerless Tool album would be an embarrassment of riches! Ladies would swoon! 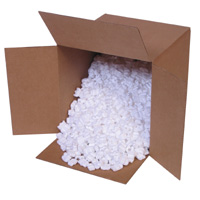 Tool's revolutionary new packaging.Particularly impressed was I with “Lipan Conjuring,” which was so thoughtful an addition to the album that I feel as if it were included just for me. You see, I went to the record store with only fifteen dollars in my pocket, and I had a devil of a time deciding between 10,000 Days and Native Moods: A Pathway to Peace. On one hand, I love rockin’ out to some ten-minute chugging shuffles, but there’s another part of my soul that craves the inner harmony that can only be brought on from some high-quality chanting. It was with a heavy heart that I left the store carrying only one of these two things— or so I thought! Imagine my immense pleasure when my hard rock album was interrupted— no, that’s too harsh a word— when my hard rock album was magnificently bolstered by exactly the sort of stupid fucking crap I might hear on some grocery store counter impulse buy CD of New Age chanting bullshit! Bravo! I can have my cake and eat it too, and while I eat my cake I can listen to some total crap!

Ah, and “Viginti Tres” was a similar breath of fresh air, or perhaps quite the opposite. I haven’t been to the dentist in quite a while, and I was starting to get nervous about my lack of preventive dental care. Leave it to Tool to put my mind at ease by including the sound of that dental vacuum suction device on the end of their album! It feels like the spit is getting sucked out of my head even as I listen to it! And it even builds to a calming crescendo of tooth-drilling agony, just like a real visit to the ol’ sadist. This is not to mention the three-minute intro to Rosetta Stoned; that clearly doesn’t count as filler, since it’s an integral part of the song, right? I mean, you might ask “what could possibly make an already lengthy and overwrought song even better?” Obviously, the answer is to make the sum’bitch longer! Just slap on a vacuous three minutes of guitar feedback and a couple of menacing chords, and voila: epic.

Well, now that you’ve put that in your collective pipes and smoked it, I hope you continue to have fun nitpicking the meanings of various Tool songs on message boards for the rest of your miserable lives, or until Maynard finally dries out and crumbles like the lanky baked clay sculpture of a buzzard he is.

If reading a negative review of a Tool album in a feature called “Your Band Sucks” on a comedy website has raised your dander to unacceptable levels, you can always be a big giant fucking dimwit and send an angry e-mail to davidthorpe@somethingawful.com. Due to my complicated system of e-mail filters, all messages not bearing the subject line “I AM WRITING AN ANGRY LETTER TO A COMEDY WEBSITE” will be deleted.