Thursday, Sep 19, 2002 by Rich "Lowtax" Kyanka (@TwitterHasBannedAllMyAccountsEver)
Know of an awful site? Send it to us and become a hero!

Wolfie's Pack Website, submitted by Emily. It's no secret that we here at Something Awful love and cherish the beautiful men and... well, men that are furries. This selfless group of people dedicate their entire lives to spread the love and joy that can only accompany a lifestyle of having sex with humanoid shaped animals. We appreciate their determination to fight for equal rights and fair treatment of their members, all of whom would like to fuck animals. This collection of creative, artistic, and intelligent people have a strong presence on the Internet and use this voice to triumph the joys of ramming their dick inside a leopard's asshole. "Wolfie" is probably one of the most original and influential furries out there, creating what can only be described as "a complete masterpiece... of animals fucking each other." 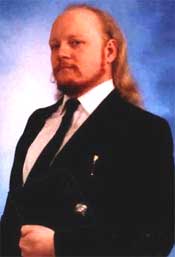 When President Clinton apologized to the African American community for the slavery that ended over a century ago and the racial hatred, bigotry, and inequalities since, he started a groundswell of popular thinking that apologizing was good and necessary for the vitality of the nation. His thinking was that, once an apology was made, the country could finally start to come together as a whole. His apolgizies did release, although slightly, a simmering tension underlying the fabric of American life. It was a catharsis for the nation as a whole. A national tragedy was brought further into the light to be addressed. And with further apologies from our politicians, even more problems were brought to light: gender inequality, the depradations of Manifest Destiny, and so on. The million slights against a million targets by a million perpetrators were aired. "Sorry" became an easy word to say because everyone was sorry.

Wow! That certainly was deep and eloquent! This guy might be one A-OK fellow and not at all batshit crazy like the other furries! Let me just click this link over here and check out some of his furry artwork... 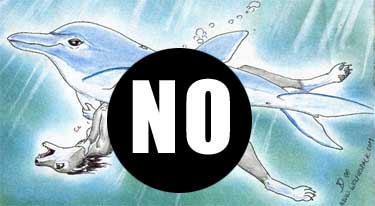 Wow! A dolphin having sex with a drowning female-humanoid-fox-horse-thing! That's hot and spicy! What great and inspired art! If, for some inexplicable reason, you don't get your rocks off by watching dolphins fuck whatever that drowning thing is, make sure to check out the other entries in his "art" gallery of pure erotica!

Female rat being raped by mosquito

Female tiger being raped and strangled by snake

Female rabbit being raped and killed by a snake

Male rat being raped and murdered by a hornet

Now I don't want to sound like Hitler here, but I strongly advise the US Government to round up all furries, herd them into concentration camps, and then gas the living hell out of them. The only thing that will allow me to sleep soundly tonight is knowing the fact that these freakish fucktards will never, ever, ever have the chance to breed.

PS:OH HOLY GOD IN HELL, THEN THERE'S THIS.