Mathias Blackwolf, submitted by Hedge. I would just like to take this time to remind you that right now thousands of people are dressed comfortably in ridiculously retarded looking animal customs doing all sorts of things so foul that even Hitler and Stalin would gladly put aside their differences and offer a unified condemnation. I guess those guys are poor examples, since they condemned about everybody. I'll start over. Right now there are deranged deviants dressed like cartoon animals doing things so foul Jesus himself wouldn't hesitate to bust out a Desert Eagle and claim easy headshots. Allow me to introduce you to Mathias Blackwolf. 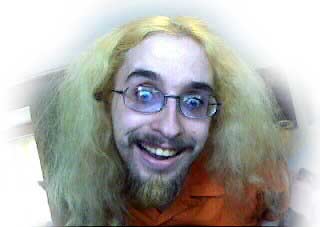 Mathias is one of those thousands of dirty perverts who thinks cartoon animals are sexy. To exasperate this fact, he draws lots and lots of cartoon animal sex. 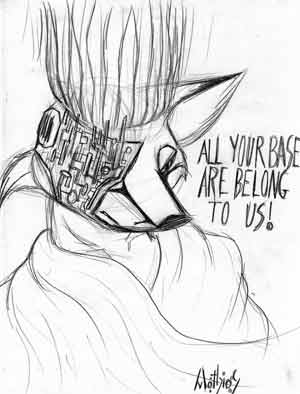 That's about the most work safe image on the site, and it's still a ghastly affront to everything decent. The rest of the site is the usual disgusting nonsense that should be avoided at all cost. But hey, maybe you're the kind of person who doesn't mind the sensation of having scolding hot acid poured on your sense of decency.