Are you normal enough? Something Awful, after constantly encountering some of the most bizarre and screwed up human beings on the Internet (besides myself), has decided to provide a friendly and helpful service for you, the SA goon, to make sure you're nothing like the psychotic mutants that inhabit the darkest corners of the web. And, if I've learned anything from reading Cosmopolitan Magazine, it's that a detailed and in-depth psychological assessment can be provided only by a sex quiz! So, without further ado, may I present:

The Something Awful Sex Quiz! 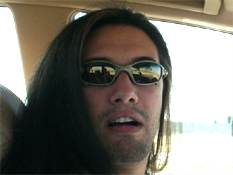 Today's SA Sex Quiz is for males; the one for women will come soon enough, but until then, pretend you're a man and take the quiz! You may just learn something about yourself! I really doubt it, but hey, miracles happen.

Ah, who can forget classic video games? I for one can, because the video games I think about are often as much fun as falling into a drainage ditch. With that in mind, let us think back to the days when we'd skip school, go to the arcade, and proceed to beat the machines mercilessly from the sheer frustration of playing a hideously unfair computer opponent. Yes, let us remember "10 Yard Fight".

Considering that this is a football game, there is no plot except to score a touchdown, which you do while hopping up and down like a crackhead with withdrawal symptoms. However, scoring becomes something of a taxing effort, considering that you only get one play. That’s right, the same play, over and over again. One guy goes out for a pass, and everyone else stands around like morons hoping someone will run into them. The other team is too smart for this, though, and runs right past all of your defenders while they tie their shoes. In your only play, the wide receiver runs out in a straight line with his arms up and waving to make sure you can see him. If you decide to pass it, you better be sure there aren’t any members of the other team in the way, because they will intercept it no matter how high it is off the ground. Jumping twenty feet in the air, they will catch the ball, and perform a tango in celebration while the ref waves his arms. However, since you can’t play defense in this game, you simply get penalized twenty yards. I always end up running with my quarterback.

If you begin to have flashbacks of how aggravating this game was, please don't take it out on your monitor; pummel the poor sap in the cubicle next to you. Be sure to thank Brotz for dredging up the worst memories from our childhood. Well, at least mine.

Ah, Starcraft, the game that's "more than a game." For example, it's a game you can play on Battle.net. This, right off the bat, allows Starcraft to ascend past the amazing game it is and enter whole new dimensions of pain. Hey, I love Starcraft, but going on Battle.net is the equivalent of trying to pry your eyeballs out with glass shards. Hakan noted this and wrote up a nifty little guide entitled, "How To Win at Starcraft".

Getting started: If you are making the game, under no circumstance should you make it a non-"Hunters" map. Doing otherwise will result in shattered dreams of "what could have been but will never be." Since 99% of all Starcraft gamers are either Korean or mentally retarded (or both), "Hunters" is the only map which their puerile minds can comprehend. "Hunters" is the best map, after all, since everyone plays it. If you fail at making a "Hunters" map, try the next overly played one there is, such as "Lost Temple" or "Dire Straights", because picking an original map means you don't understand the intricacies of the game, no one will want to be your partner, and you will most likely die of brain cancer within a month.

It's funny because it's true! And who wouldn't want to read something based in truth?

The map's author knows how to manipulate Q3Radient. With that said, he manipulates it about as well as can be expected for someone who apparently doesn't have a mouse connected to his computer. He is familiar with the basic concept of lining overly large brushes up against one another to form huge rooms and tanks of water in such a way that when you look at the walls and certain floor areas from an oblique angle halfway across the room the textures shimmer with dazzling bsp vision errors, a nice touch for those players on Ecstasy, I thought. The brushes in the 'big BFG pool/room of meaningless glowing blue horror' are also so poorly aligned that one expects to either break thru the floor at any second or watch helplessly as all of the water drains out of the map and through your PCI slots to short out your power like that episode of the XFiles where Mulder's waterbed sprang a leak and then got blown up in a bank robbery over and over again because his ATM card got wet.

Enjoy! Wait, I already said that...