Fred Durst's Xanga Diary, submitted by HKWSG2000. Many of you might have already caught wind of this fell seed. For those who haven't, get to know Fred Durst in an entirely new, more personal, and even more insipidly irritating way! I hope Xanga is paying him to do this, because he's humiliating himself in front of anyone with more than three brain cells. 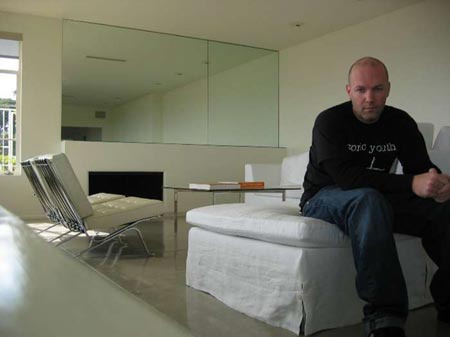 what i want right now is to be touched. i am very sensitive when it comes to touch and smell. when my hands touch someone's skin, or their hands touch mine, i instantly feel a chemistry or i feel the complete opposite, no chemistry at all. this is with one touch. i have been this way as long as i can remember. when the chemistry is there i can let a small part of myself go. there is nothing more special than wanting to touch or be touched by someone you have that chemistry with. right now she is so far away, but so close. when i listen to mazzy star all i can think about is the way we could lye in bed for hours without speaking one word or doing anything sexual and just fit perfectly together without wanting anything in the world but to be together.

I suppose his horrible diary is grounding for those of you who haven't realized yet that yes, famous and fabulously rich people are also capable of being completely annoying bonerfaces. Just replace the people and objects they act like bonerfaces about with other famous people and extremely expensive objects. For example instead of a cam girl obsessed over losing her e-boyfriend Tysan and wanting an iPod from her Amazon List, we've got Fred Durst blabbering about Mazzy Star and describing his trailer-trash minimalist house.