Kippfest, submitted by lickitloveit. This ALOD is a bit of a treat since I do not speak Dutch and have no idea what is going on with this site, other than of course boasting some deranged MS Paint drawings of rape, murder, and mayhem. If that's not your taste, you can enjoy some homemade nude pictures of Britney Spears and some well crafted Flash movies, on roughly the same intellectual level as the cartoons depicting rape, murder, and mayhem. On the plus side, if you can call it that, you can use your imagination to concoct some elaborate story to justify the existence of this dreadful little slab of insanity. Unfortunately I lack imagination so I'm just going to assume this guy is completely batshit. 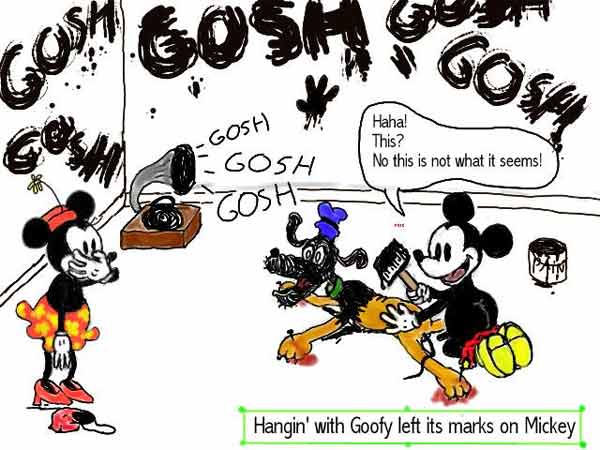 As you might have guessed, this site floats in the "not safe for work" area. But it's worth getting fired over, so hop to it.

P.S. Yes the site is Dutch, not German. I am American and everything that is not American is obviously either German or Chinese to me!