Saturday, Jul 09, 2005 by Corin Tucker's Stalker (@DennisFarrell)
Know of an awful site? Send it to us and become a hero!

The Illegal Eagle, submitted by me. The Illegal Eagle is some sort of clown who doesn't wear a clown costume and gives off a "perverted Andre Agassi" vibe, but beyond that I have no idea what's going on thanks to this trainwreck of a site. I don't even think the suitable adjectives to properly describe this have been invented yet.

I have been clowning since quit long and I steel have that look at the eyes... 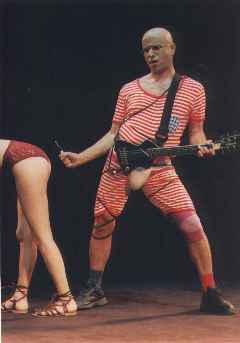 1979 left Israel to sing English Rock in the Streets of Europe and... became a clown. A Rock'n'Clown.

"I did a lot of Clown Shows. All around the world. I have made a lot of people happy".

Then met a Swiss woman and 3 Children came soon after; "the best thing I have ever done". Now Eagle live in Switzerland and taking care of the children. Yes, Yes, The woman had gone with another man... 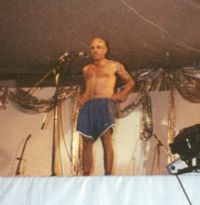 IT IS NEVER THE SAME! 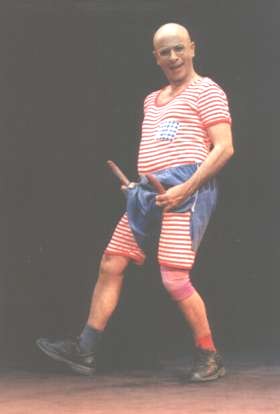 (I am the illegal) and this was it about the clown show.