You And Me, After School!

Oh my god this is so stupid.

What time is it now? 2:43. What's that, like twelve more minutes until the three o' clock bell rings and I get the beating of my lifetime? There has to be some way out of this. Think, man, think. 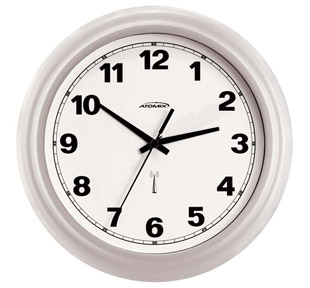 Running. What about running? I keep picturing myself sprinting through a crowd of meandering kids after classes let out and hopping over a fence somewhere far away from the school's only exit, where he'll be waiting for me. That won't work though. The thighs of these stupid pants my mom bought me rub together and make an embarrassing "VRRT!" sound when I walk quickly. If I go all-out (assuming I have an all-out speed, which I'm pretty sure I don't), these will no longer be pants, they will become the world's first 140 decibel corduroy alarm. Everyone, including him, will know exactly where I am, but it won't end there.

The shockwave from these pants will blow out all the windows in the school and topple every object that isn't nailed to the ground. Any aircraft unfortunate enough to be passing within a five mile radius of this cataclysmic event will experience total electronic system failure and drop from the sky. My upper body will disintegrate in a haze of gore and shredded Fall Out Boy t-shirt fibers. All of my dreams that involve having an upper body will be dashed in an instant, and the majority of my dreams fall into that category.

Even if I could somehow make my way to the fence without being noticed, there's no way I would be able to get over that thing. It is my own personal five and a half foot Mount Everest. I'm just no good at fences.

A few months ago I was walking to the movie theater with some friends when they decided to take a shortcut through someone's back yard. The two of them scaled a chain link fence without a second thought, but when I tried to follow their lead I couldn't lift my own body weight. My feet, unable to find purchase, flailed wildly below me. Thinking I would fare better if my arms had less weight to lift, I got on my knees and attempted to climb while keeping my lower body on the ground. I groaned and struggled for what seemed like an eternity before giving up. I had nothing to show for the ordeal but painful red indentations on my palms.

To save face I told my friends to go on without me because I had left my pills at home. I explained that without those pills I would "Hulk out" and gain incredible strength but become incredibly volatile, and told them that staying on my side of the fence was the only way I could ensure their safety. Thanks to my quick thinking I escaped embarrassment that day, but the fence had bested me. I ran back towards my house crying, then got tired after a block and a half and crawled the rest of the way while sobbing to conserve energy.

I can't believe this is really happening. It was a mistake that I stepped on his foot. A simple mistake. I walk through the cafeteria with my face in a Mac Gamer magazine just about every day and nothing like this has ever happened. After being bombarded with hundreds of rubber bands and spitballs over the years I have developed excellent peripheral vision, but today it failed me. Still, I said I was sorry for stepping on his foot. Why wasn't that enough? He had to act all tough and challenge me to a fight in front of everyone. What's the point of a fight? I'm only in the sixth grade and he's like twice my size.

If I only had access to the internet right now, the guys on the GameFAQs boards could help me with a winning strategy to get out of this fight. What would Goku29301 do? I find myself wondering that a lot lately. I'm sure his plan would involve a really badass Ascii art logo and a few hundred lines of Change Log notes.

It's times like these that I really wish scientists would get off their asses and come up with large bullet proof bubbles for people to roll around in. It makes so much sense. You could go anywhere and no one would stop you with bullets. Why isn't this a bigger priority for our country right now? It's just a perfect sphere, it's not that difficult. I can draw one right now. 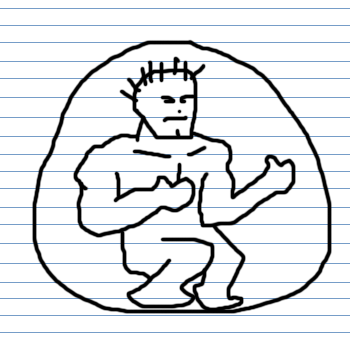 If I had a bulletproof bubble I wouldn't have to worry about this fight, and I certainly wouldn't have to deal with cute girls saying I smell weird since I wouldn't be able to hear them through the bubble. Man I wish I had a bubble already, they really can't come soon enough. The only thing that concerns me about bulletproof bubbles is that they might make life too perfect, and the human race might stop progressing because everyone will feel so content and nonchalant about bullets.

2:57. Crap. Stop daydreaming, you idiot! This is your last chance to think this through.

Wait, what if I actually fight?

I've only thrown one punch in my life, when that Coke machine took my dollar. As I swung, my arm struggled through its arc as though it were underwater, and when I connected with the machine's metallic coin slot the impact was so weak that my fist didn't even hurt. At least, that's how I thought it happened at the time.

Maybe my swing felt like it was moving slowly because when I enter combat I can see actions unfold more clearly than normal people, just like real martial arts masters Bruce Lee and Lawrence Fishburne. While I might see such things as a lion leaping towards me or a bum reaching his hand out for money as though they were in slow motion and have the time to defend myself violently, everyone else would see these things as a blur. And the lack of pain in my fist? I don't think it was because my punch was weak at all, but because I feel no pain in times of danger, like when a Coke machine takes my money.

I can do this. I can actually do this!

2:59. Ring, you whore. Come on. In one minute I leave this classroom and fulfill my destiny as this school's alpha male for all of eternity until I graduate from the 8th grade.

Finally! The sweetest sound these ears have ever known. It's on.