Stuff On My Cat

Stuff On My Cat, submitted by Diana. Some sites the internet spews out of its gaping maw are bizarre. Some are shocking to any civilized mind. Some are more grotesque than a circus sideshow freak could ever dream.

But most are just stupid. Today's ALOD plants its feet firmly in that last category. 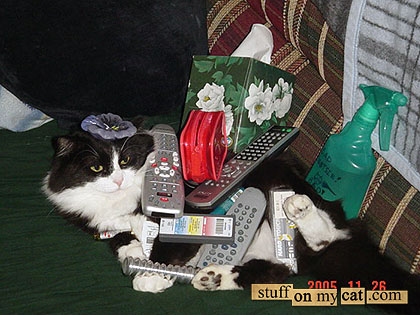 Congratulations Yahoo, GQ Magazine, Loaded Magazine, ELLEgirl, and BusinessWeekOnline. You sure do like a dumb site!