Glass Womb Art, submitted by ten percent. Children, especially unborn children, are disgusting. They are slimy creatures living inside people like those xenomorphs from the movie "Alien," only not as cute. Still, some people think those creepy masses depicted on ultrasounds are something special and keen, and as a result there's apparently an aftermarket for unborn baby keepsakes and art. 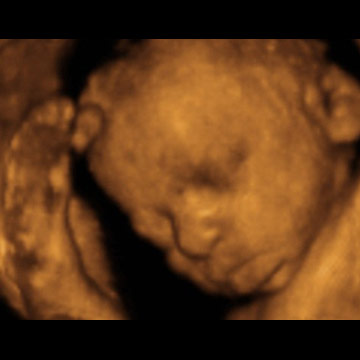 I'll be the first to admit I have no love for children and would just as soon send them to the future, where future mankind might be able to cure them of their annoyingness, but even a sane person can agree that pictures of unborn babies are ugly and creepy. This site sells everything from VHS tapes of your ultrasound set to music, to Han Solo frozen in carbonite molds of your unborn baby's face, which you would presumably look at when you want to lose your appetite.