Itchdoctors Itching Fetishist Emporium, submitted by Rainbow. There cannot be any more fetishes left out there if people are grasping for their sexual identities from the last page of old comic books. "Itchdoctor", as you may have expected, likes to see women scratching themselves, and especially likes to see this happen when caused by itching powder of ants. Based on some of the images featured on his site he prefers women but does not exclude men from this itching fetish. 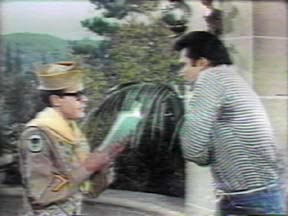 The Three Stooges episodes Ants in the Pantry and The Pest Man Wins, in both epidodes they play exterminators and in both episodes they dump ants down womens dresses.

Also, anyone who lists "The Three Stooges" as a turn on should probably not be looked to for much advice in the sexual arena.