The Site of the Mighty SUNGOD

Tuesday, Dec 11, 2001 by Rich "Lowtax" Kyanka (@TwitterHasBannedAllMyAccountsEver)
Know of an awful site? Send it to us and become a hero!

The Site of the Mighty SUNGOD, submitted by john. A washed up glam-rock 1980's refugee somehow found his way out of that decade and decided to instead inhabit a dimension full of early 90's graphics. Meet the "Mighty SUNGOD," a rockin' rebel who hangs out in computer generated pictures and tries to appear intelligent, introspective, and mysterious while posing with beer in front of what appears to be a scene from Mario 64. Not even a good Mario 64 level... one of the levels that were cut out and will somehow find their way into the next "guide a fruity elf through a fruity forest that contains trees with eyeballs" Nintendo game. 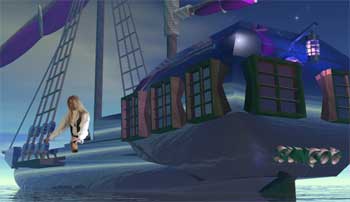 Well, when I'm in the physical world, I usually slide on down to the Temple of Light. A 12-pack of bud, my guitar, and some wild ideas are all I take with me.. 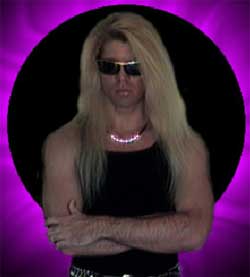 Anyway, since your here, if you like the site sign my Guestbook! If you don't then make like a bakery truck and haul bunz outta here... Oh yeah, any extremely sexy chicks wanna be in some scenes like this, email me a kickass pic ;-)

Yeah, I bet the "extremely sexy chicks" are just flooding this guy with pictures. Pictures of goatse.cx probably, but pictures nonetheless. I also can't figure out why he calls himself the "SUNGOD" yet most of his dorky pictures take place at night. Maybe his little secret superhero spy name is just to throw off the bad guys. Like they challenge him to a fight at 3:00 am because they figure he's weak and vulnerable when the sun goes down, but then the mighty SUNGOD flies out of men's restroom and goes to kick their asses and the bad guys can't run away because they're just two piles of twigs and burnt gravel. No rational human being would challenge the deadly SUNGOD because everybody knows he's protected by that giant bleach-blonde spider that is resting on his head. As my dad used to say to me, "don't fuck with the SUNGOD's hair spider." My dad drank a lot. You will too if you decide to visit this site.