Saturday, Apr 13, 2002 by Rich "Lowtax" Kyanka (@TwitterHasBannedAllMyAccountsEver)
Know of an awful site? Send it to us and become a hero!

It's very important that the system is resonant. You must have in mind that it isn't a conventional energy transaction in the tube. It's the electromagnetic tension field, not the power that stand for the interdimensional interaction. As higher tension between the systems centre leader and the inside of the copper tube, these better will the system functionate. About 1000 Volt PEP are good. The tube must stand vertical to functionate. The system uses the natural magnetic field that surrounds the planet as "earth plain". Therefore must the system when used near the Earth South pole have the south pole magnet in the bottom end pointing against the Earth. For me it's opposite as i live near the magnetic north pole. The system will work better as closer you are coming to one of the magnetic poles. It's recommended that this system are not used fore frequencies below 100 MHz. At 144 MHz you will get a wavelength of 625000 Km. In 3 milliseconds this wave will reach the planet Mars. This system are useful for communications within the solar system. Fore interstellar communications you must use waves in a spectrum that belong to energiplain 3. A such system can use the earth gravitation field as "earth plain".

Hey wait a minute, this sucks! I saw that thing built on "Mr. Wizard's World" back in grade school AND he was able to make it spin around while spewing baking soda! This site also contains volumes of valuable information such as "Copy maschine that works on the atom level," "Explanation to timemachine," and "About interstellar television." Make sure to not miss the wonderful gallery of all known "aliens from another planet" which contains pictures of creatures such as this sassy gent: 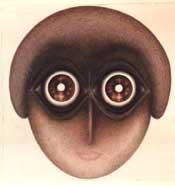 Oh no! This proves it! Anime was inspired by "aliens from another planet!" Quick, duck and cover everybody! And while you're at it, light up!

PS: There's a guestbook you can sign, but probably only if you're an alien from another planet. Oh, and also if you have the patience to wait twelve hours for it to load.