Did you see the big Scientology documentary last weekend? Well, now it's time to learn about Eckankar, the RC Cola of cults!

Eckankar supposedly means "Co-worker with God" in some unspecified language. It doesn't sound nearly as exciting as being God's co-pilot, but nevertheless the self-proclaimed "Religion of the Light and Sound of God" has managed to wrangle up hundreds of thousands of followers known as "ECKists" and build a big ol' temple in Minnesota that you can visit right now, virtually. If you're so inspired by the online tour that you'd like to plan a trip, be sure to show up for Friday Night Videos, like the old TV show, except instead of Duran Duran, you get a movie called The Wonderful Ways of ECK.

Eckankar was "introduced as a modern-day religion" (can't forget those ancient roots!) in 1965 by the late Paul Twitchell, a noted plagiarist who has been canonized as one of the nine ECK Masters, alongside Cowboy Jesus and Mr. Clean. 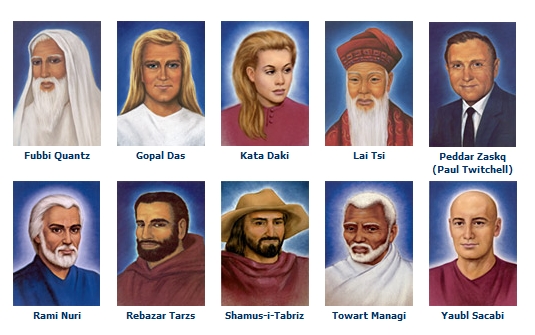 The current spiritual leader and guru of Eckankar is a guy named Harold Klemp, who looks like he'd otherwise be teaching economics at the local community college. After he took over, the previous guy was discharged after "[failing] to accept that he was no longer the spiritual head of the teachings," which doesn't sound suspicious at all. When Klemp's not busy writing books like Animals Are Soul Too!, he apparently likes to shed his material form and frighten people.

Here's how he describes the basic beliefs of the faith:

Each person is Soul, a particle of God sent into the lower worlds (including earth) to gain spiritual experience. Purified by the spiritual exercises, he comes into contact with the Holy Spirit. His goal is spiritual freedom in this lifetime, after which he becomes a Co-worker with God, both here and in the next world. Karma and reincarnation are primary beliefs.

One of Eckankar's biggest attractions is what's known as "Soul Travel," which is essentially flying around as a ghost, but way more advanced:

Now, eyes still shut, look into the Spiritual Eye for the holy person who is your ideal, whether Christ or an ECK Master. In a gentle voice say, "I give you permission to take me to the best place for my spiritual good."

For a suggested annual donation of $60, you too can "Climb the stairway to spiritual freedom" by joining Eckankar and gaining access to the exclusive Members Area. For an even more exclusive area, you'll have to work your way up through initiations to become a "High Initiate," which sounds like upgrading your SA Forums account to platinum, but for your soul.