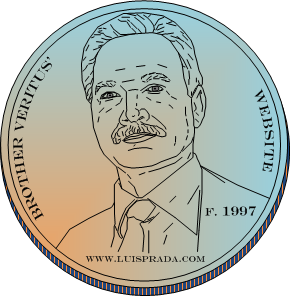 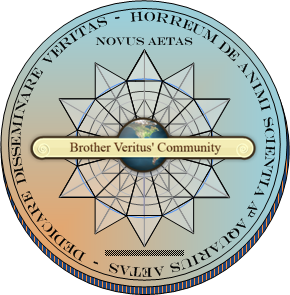 Buenos dias! Welcome, dear readers, to our first bilingual Awful Link of the Day. (Well, mine, at least, though I don't remember any others.) This multicultural milestone comes courtesy of Luisprada.com, otherwise known as Brother Veritus' Website (BVW) / al Sitio Web de Hermano Veritus (SWHV). Rather than having a Spanish language site and an English site, the motherfucker just decided to put them right next to each other like a Texan billboard. This isn't just a thing he does, by the way, this is Luis Prada's LOGISTIC RULE NUMBER ONE OF THIS WEBSITE.

So what does this site teach, exactly? Judging from the looks of it, just about every conspiracy out there. I'm not kidding: The sheer amount of text displayed, as (sincerely) well-formatted as it is, is completely overwhelming. There are graphs, too, which seem to be explaining things I'm not understanding in either language, but judging from the color scheme he uses it probably has something to do with a "higher consciousness." Things I can glean from this Web site are: He definitely believes in aliens, and apparently they're some sort of humanoid beings who are invisible to our senses because I guess we aren't evolved enough? Also, they look like people from the cover of bad sci-fi novels, which is remarkably convenient for them and us, as it will probably make the transition to realizing we're surrounded by magically evolved beings a lot easier to process.

He definitely believes in reptilians, too, and has apparently posted their written pact (which expressly states it's not to be written down, so someone in the Reptilian hivemind is getting canned), along with some rad GIFs and a picture of Smeagol that's kinda freaky. Tangentially related to this is his belief that AIDS is either made up, or not caused by HIV, but instead is some vast conspiracy controlled by the Illuminati. This, by the way, is somehow related to the General Economic Security And Reformation Action, by which the government (and by government, of course I mean the Galactic Federation) is going to pay off your credit card debt at some future time. (Last update: May 2007). Because of this, he advises you to only pay the minimum on your credit cards and everything will be okay. Given that credit and money are probably also Illuminati domain, I'm not exactly sure where this gets anyone, but alright! Do that, I guess. One thing this country definitely needs is more debt.

I'm starting to feel like I'm going too deep into the rabbit hole, so I'm gonna hoist myself up out of here and encourage you, dear reader, to investigate for yourself. Bonus points if you report to me that the Spanish version is substantially more crazy: We never covered the chapter on disinformation and centuries-old banking conspiracies when I was learning the language, so my education isn't much help. (Thanks/gracias for the link, deadly_tree!)