HAPPY HALLOWEEN EVERYBODY, BOO, I'M A GHOST (I DIED) 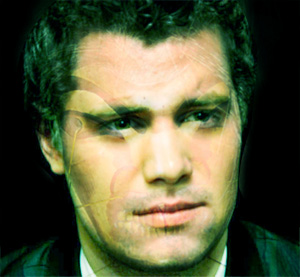 Well, well, well, if it isn't mister and missus doesn't call a helicopter to come rescue their old pal Levi from his FJ Cruiser wreck. I hope you're happy with yourself, because now I'm dead. That's right, your old pal, Levi Johnston is a carcass in Denali probably getting his ball bag gnawed off by a bunch of wolves and I'm pinning that on you.

My supply of Parrot Bay ran out days ago, I tried to eat some pills Todd had stashed in a hidden compartment in the steering wheel, and pretty soon I started into my death hallucination. I saw the ghosts of all the great minds of humanity like Abraham Lincoln, Albert Einstein, Tony Hawk, Frasier, and George Bush.

Then Great Wendingo stepped through the barrier between our realm and the realm of the spirit and in his deep skull voice he said to me, "Levi, it is time for you to depart your cage of flesh and bone and ride Fire Eagle into the forever sky" and I was like hold on, give me a minute dog. And he said "You're trying to find a rocket launcher to shoot at my gem, aren't you, Levi? I am not a boss for you to fight. I am a door for you to step through into eternity." 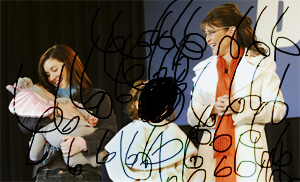 So, to make a long story short, I achieved total understanding and peace with the gay universe, I was reunited with everyone I ever knew that died, there were some flashing lights and impossible shapes forever unfolding as glowing wireframes, and here I am, a frigging ghost.

Great Wendigo says it's because I have to conduct a doomsday battle of psychic warfare against the Insatiable Beast aka She Who Hungers aka Piper Palin but whatever. I guess I'm in a ghost holding pattern just sort of doing donuts in the spirit realm waiting for my text message to blow up with Great Wendigo telling me to optic blast Piper or whatever.

So I have been ruminating on the fleeting nature of human life. Of course, I now know with certainty that life is both pointless and the only thing that doesn't suck. I miss it, big time.

Things I'm gonna miss out on because I'm frigging dead:

Playstation 4 launch - already preordered the bundle with Knack. Sunny better cancel my CoD Ghosts preorder too because I'm a ghost I don't need a game to tell me about being a ghost.

My wife and kids - I hope they have fun without a dad to teach them how to ramp 4 wheelers. Sunny had better not sleep with any dudes for like 20 years. I swear. I will haunt her bones. I will Insidious the frigging duplex. I want all my kids to have shotguns and don't slack off on the doomsday prepping. I had fourteen books of crossword puzzles by 2015 you should have twenty.

Buttholes - good stuff, toss a pounding up there and get wrecked. ghosts don't have buttholes so the best I can hope for is sort of a wavy hand around my unit and all the ghost chicks I have seen so far are ugly as hell. At this point I would pitch bones at head-shrunk Beetlejuice.

Vicodin - Probably my favorite drug. So far I haven't figured out any ghost drugs. I tried crushing up and snorting the wispy sort of part at the bottom of my floating body, but it was just like sort of a smelly cloud type thing and it didn't get me very fucked up. 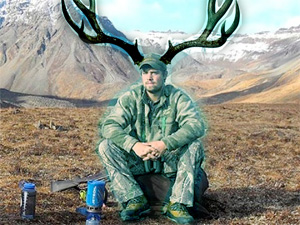 Of course now that I am a ghost I have some big time regrets too, like I regret I never had sex on a water slide, never hooked up a five-way, never became an astronaut, never had a chance to read any of the great classics of literature written by R.L. Stein or Dean Koontses, never watched Godfather I or II but I saw III a bunch of times on TBS, and I never became mayor of Wasilla.

Good news is it's Halloween and I'm a ghost. It's like being a black person during black history month only way less scary. Being a ghost you also get a bunch of super powers like you can fly, you can walk through walls, you can make things fall of shelves, and you can edit and produce sinister, surrealist VHS tapes that you leave laying around as a curse.

Oh, and you get to haunt whatever you want, like I plan on haunting all the jerks who read my last column and just left me to die out in the ravine with a stupid FJ cruiser on my head. I hope you like cold winds and doors mysteriously slamming motherfuckers. I hope you really love it when a book falls off a shelf and maybe opens to a page with the word DICKHEAD on it. Guess it must have just been the wind, right? Huh?

Nuh-uh. If I've learned one thing from being a ghost it's that the wind is a myth. Just some lie the eggheads made up to explain the unexplainable.

There are going to be cold chills all over your house. Magic Eight Balls are never going to provide you with definitive answers. The wind is going to drink all your bottles of rich and rare and take a huge wind shit on the upper deck of your toilet.