It's summer! And as with any other season, or natural event, or man-made event, or imaginary holiday created by a company, that means there are products to buy. That's what we do on this planet: burn coal, make money, buy products, and die. Get ready to do at least 3 of those things! 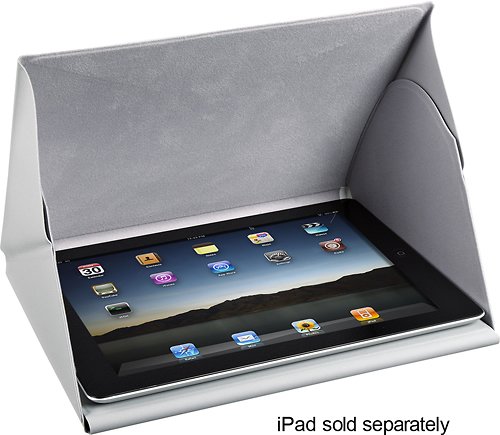 The Rocketfish iPad Shade is a $30 cover for your iPad that allows you to use it outside. Never mind the fact that you could tilt the iPad to a different angle, sit in the shade, or use your iPad inside in the air conditioning like your average normal person who wants to play Angry Birds on a summer's day. Nope, you're going to need a thirty-buck piece of plastic to go with your $500 Facebook rectangle.

The manufacturer brags that it's plastic, which makes it easy to clean. News flash: It's 2013. Everything is made of plastic. That's what we make things out of. If you run across something that ISN'T plastic, your first thought is "Oh, whoa, this isn't plastic!"

Next, we have the Bug-A-Salt, which is a $34.95 toy gun that fires salt. The idea is that you shoot bugs with the salt, and then the bugs die. It's a bad idea, because it wastes salt, and sprays salt around inside your house. It also costs infinitely more than the free junk mail that gets delivered to everyone's house six days a week, which you can use to smash bugs before you recycle it.

In fact, any flat object will kill a bug, and, as a bonus, none of them spray salt around inside your house. This is like if you invented a four-hundred-dollar system of levers and springs to pick up food from a plate and put it in your mouth. That's not Mouth-A-Salt, it's a fucking fork. 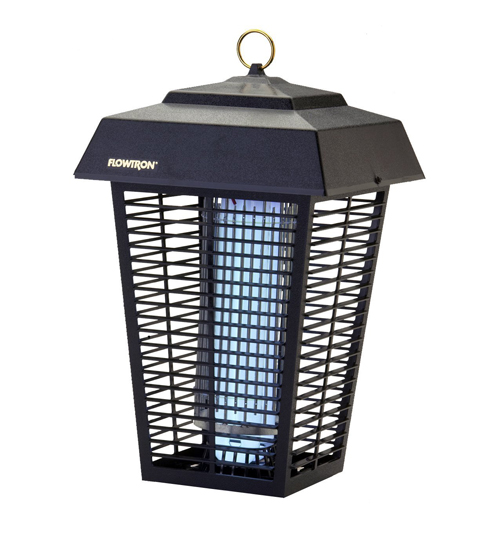 The flipside of the bug-murder industry is the Flowtron Insect Killer, which I own, and don't use. It claims that it kills "an acre and a half worth of bugs," and I think this is likely true. And it is cool to see small insects vaporized with a puff and a zap of smoke, or large insects endure an extended zap session, with arcs spraying from the kill grid like a Jacob's Ladder, and the unlucky bug often going up in a tiny ball of flame.

The Flowtron Insect Killer's deadly efficiency is, in fact, its downfall. If you keep one of these turned on overnight, by morning you'll have a circle on your porch made of dead bugs, which have already begun to rot and stink like the rhino cage at the zoo. If you decide to put a bucket underneath so you don't stain your porch, and you don't clean it every single day, you'll experience one of the grossest things you may ever see on your own property: A heaving, writhing mass of dead bugs, in which live bugs have congregated (from the stench) and laid their own eggs, whose pupae begin to eat the mass of dead bugs and frass in the wreckage. You'll have to do something with this hot, buzzing lump of bugs. Good luck.

Frass, by the way, is the word for insect excrement. 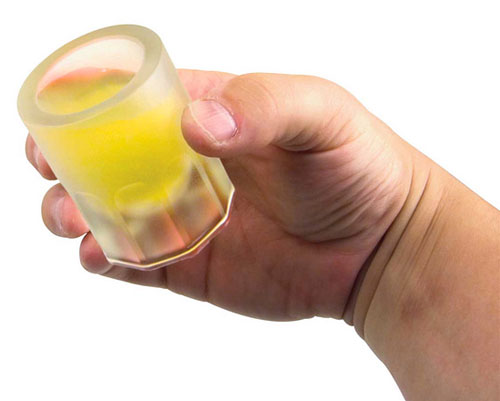 After a long, hot day, the worst way to relax is with this temporary shot glass made of ice. The longer you let your drink cool in this stupid ice-glass, the more the ice melts. It's a race against time! Just like your short, wasted life. The teardrops of ice that fall from this rapidly disintegrating shot glass are your days, ticking away as you alternate between soul-crushing boredom and soul-crushing fear. The days are so long, and yet the years go by so fast. As we use this icy metaphor to dump cool, watered-down liquor in our dopey open mouths, fortune and happiness forever remain one elusive step ahead of us.